Poloncarz had tweeted out a side-by-side picture of the envelopes used by their respective offices, and pointed out how large the comptroller's name was in his return address.

"Looks like we will have to increase the amount of ink we purchase for our printing department in 2019 based on this new envelope design used by some in county government," he wrote last year, ending with a winking emoji.

That was back in late December, but County Comptroller Stefan I. Mychajliw, Poloncarz's political rival, certainly didn't forget.

Mychajliw wondered why so many new envelopes were being thrown out, though he noted the envelopes' windows appeared to cut off the bottom line of the recipients' addresses.

He asked several questions of Poloncarz and, in a final dig, reminded the county executive of his envelope-related critique from late December.

"In the past you took a strong interest in the cost and production of envelopes of various offices and departments within Erie County government," he wrote, quoting Poloncarz's original tweet word for word. 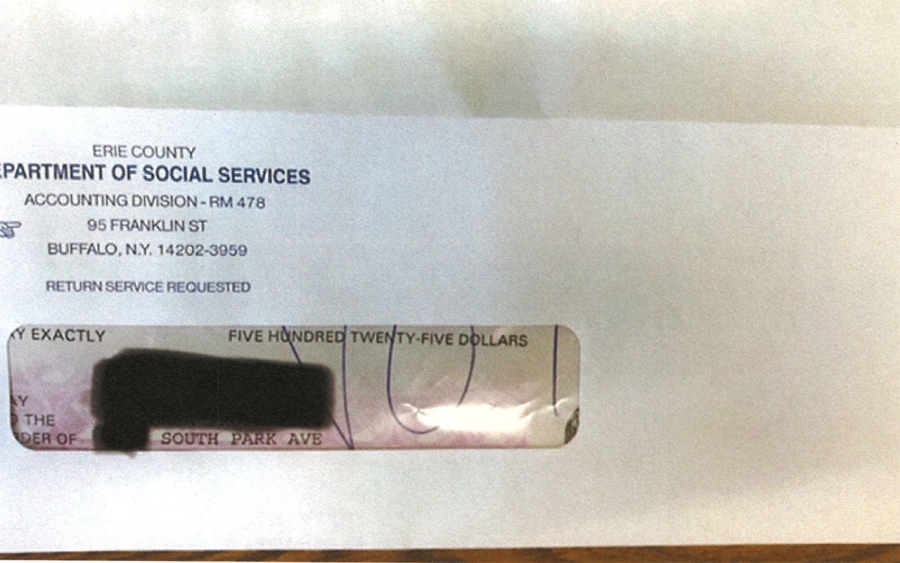 Poloncarz's office, in reply, said the county is recycling the envelopes because a new system changed the design of social services checks in a way that would reveal the dollar amount in the windows. The printing cost and number of recycled checks wasn't immediately known.

“Protecting the privacy of all mail recipients and ensuring the security of the contents of any correspondence from the Department of Social Services is always our highest priority,” Poloncarz's office said.

There's only one winner in this ongoing Lettergate spat: the post office.