From 1971 until 2003, Peter Falk’s characterization of rumpled but shrewd Lt. Frank Columbo captivated the imaginations of television viewers. In fact, "Colombo" is one of the most beloved television characters of all time.

Interestingly, Peter Falk was not the first actor to play Columbo.

The invention of writers William Link and Richard Levenson, the Columbo character was developed through a string of projects. He first appeared on "The Chevy Mystery Show" in 1960 and was played by actor Bert Freed.

In 1962, Link and Levenson adapted that script into the stage play “Prescription for Murder.” Thomas Mitchell, best remembered as Uncle Billy in Frank Capra’s “It’s a Wonderful Life,” played Columbo.

That play, retitled “Prescription Murder: Columbo,” is now being presented at Desiderio’s Dinner Theatre in Cheektowaga with actor Jack Hunter as the iconic police detective.

This is the script that was used as the basis for the Falk television pilot and it follows that same format as the television show. In the first part, the audience witnesses a murder. The killer is typically upper class and arrogant; in this case, it is Dr. Roy Flemming, a psychiatrist, played by David Marciniak, who murders his wife, played by Lisa Hinca.

In the second half, wearing a rumpled trench coat and carrying a cigar, a seemingly befuddled Columbo exposes the crime. 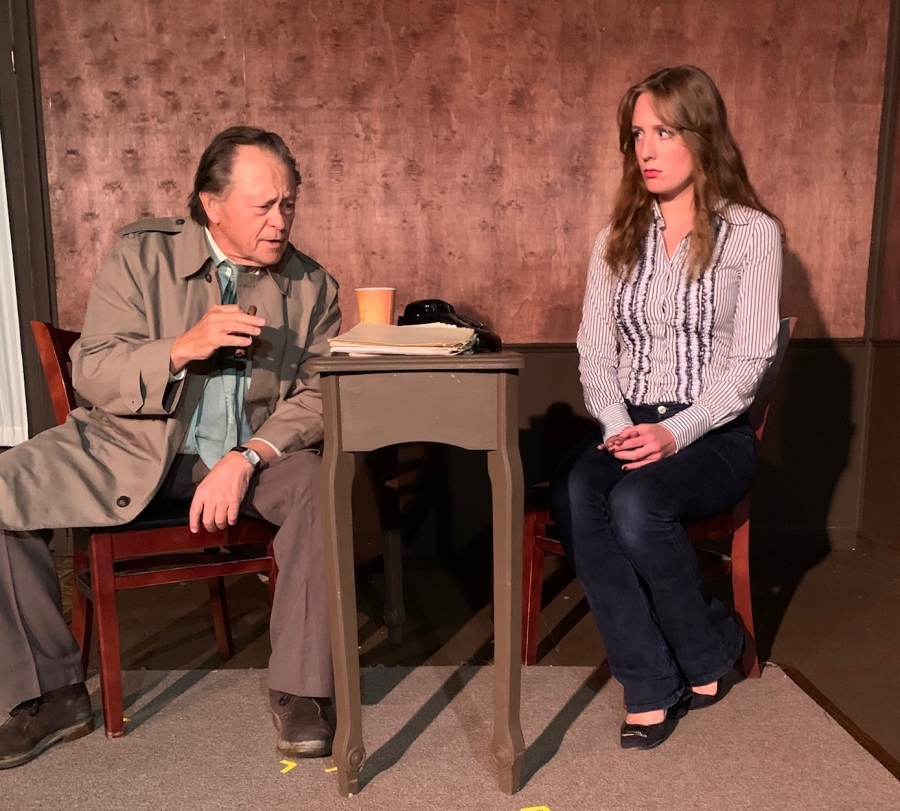 The production is delightful and engaging, and strikes the exact tone of the much-loved television show.

The script being performed at Desiderio’s is heavily adapted from the original 1962 version. References to the television character’s familiar quirks have been added and amplified. Director Jay Desiderio has beefed this up, working with sound designers Deb and Bob Putnam, by using the original television show theme music.

Hunter captures all of the character’s familiar gestures and habits without the slightest hint of impersonation. The performance is reminiscent of a new actor taking on Sherlock Holmes. We readily accept him, and simultaneously enjoy the pleasures of nostalgia and fresh invention. The audience particularly enjoyed Hunter’s repetitions of Columbo’s famous phrase, “Just one more thing ... ”

Like the actors who play the wife in “Deathtrap,” another play in the “howcatchem,” rather than the “whodunit” mold, Lisa Hinca arrives in time to be murdered in Act One, and then disappears until the curtain call. It is odd to think that Claire Flemming is a role originated by the great Agnes Moorehead. Still, she may not have much stage time, but this is a delicious little part. This short-lived character is given the greatest psychological complexity in a play that pits our hero against pure evil. 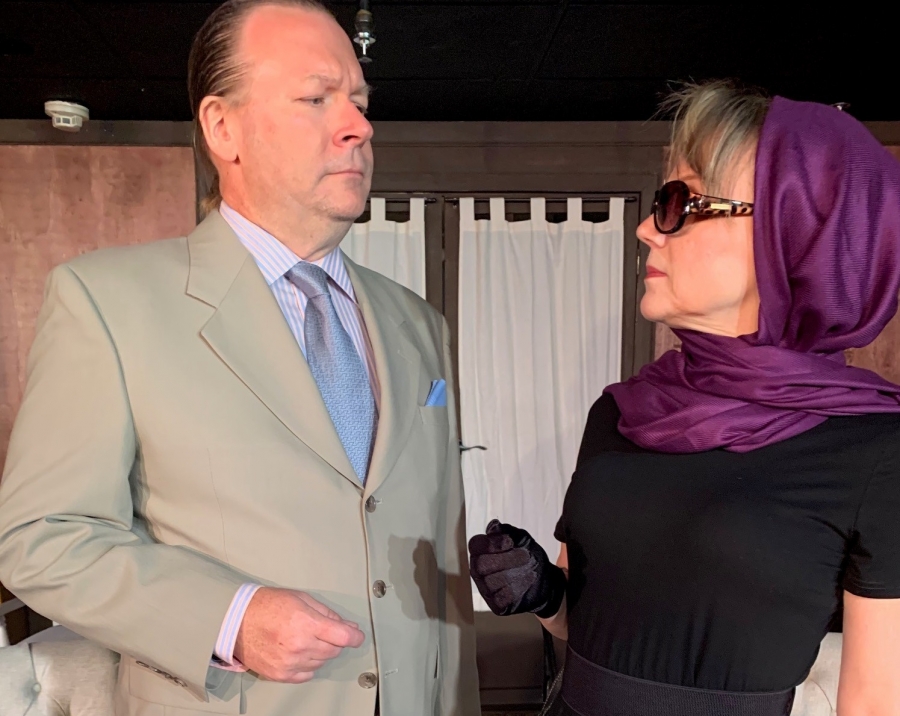 Hinca plays the part to the hilt. We know that Claire is going to be murdered, but Hinca and Marciniak tease us mercilessly with the how and when as Desiderio has staged Claire to turn her around quickly each time her husband approaches her with menacing black gloves.

Laura Barriere plays Flemming’s naïve and pliable actress girlfriend, Susan Hudson. The evil psychiatrist’s nefarious scheme depends upon this young woman’s memory, trusting nature (and peculiarly unexplained amorality) for success. The obvious flaw in that plan is all Columbo needs to start his familiar process of “One thing still confuses me,” “Can you explain something for me?” and of course, “My wife is always telling me ... ” Barriere imbues the character with the requisite wide-eyed trust.

Marciniak, who is typically a character actor, has quite transformed himself to play smooth and cold-hearted Flemming. This role, written for Joseph Cotten, was sort of a follow-up to his Uncle Charlie role in Alfred Hitchcock’s “Shadow of a Doubt.” (Levinson and Link’s original short story had been published in Alfred Hitchcock’s Mystery Magazine). Marciniak pours on the charm to play a self-assured man who thinks he is too clever to be caught by the fumbling Columbo.

Rhonda Parker plays Flemming’s secretary, Miss Petrie, a woman who certainly must know more than this script admits. Nathanial Higgins plays Flemming’s pal, District Attorney Dave Gordon. Their function is to advance the plot through convenient cluelessness, which they provide most appealingly.

Desiderio has provided an engaging and swiftly paced three-act production. At a venue where dinner is part of the experience, it bears mention that the food at Bobby J’s Italian American Grill is excellent and generous.

“Prescription Murder: Columbo,” with its one-stop shop for dinner and show, provides a wonderful evening of diversion.

Presented by Desiderio's Dinner Theatre through Dec. 15 in Bobby J's Italian American Grille (204 Como Park Blvd., Cheektowaga). Performances are Thursdays, Saturdays and Sundays. Dinner is 6 p.m. with the show at 7:30 p.m.; for Sunday matinees, dinner is 1 p.m. and the show is 2:30 p.m. Cost for dinner and the show ranges from $50 to $60, depending on entree selected. For reservations, call 716-395-3207. Visit mybobbyjs.com/desiderio-s-dinner-theatre.