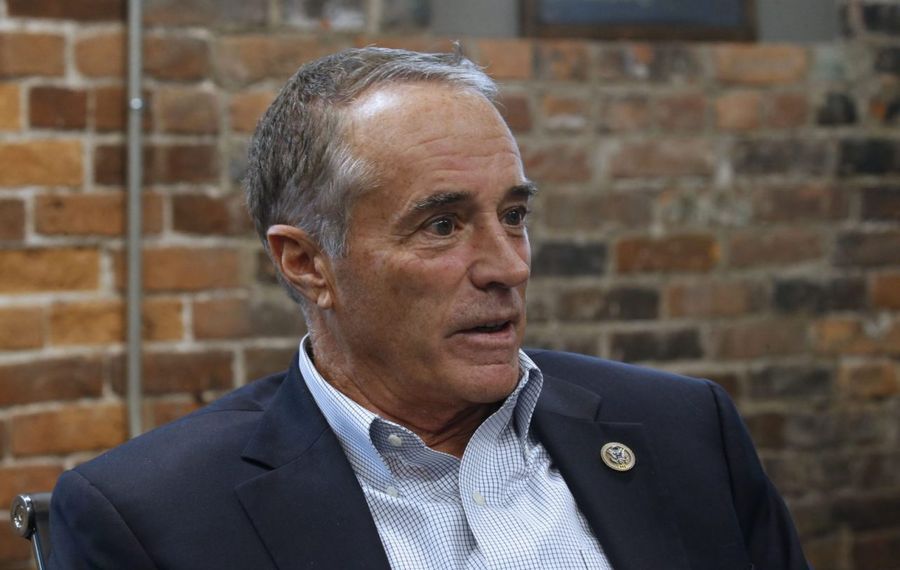 WASHINGTON – New York State now has a law that could spell further legal danger to people who President Trump might pardon.

That list will not include felons such as former Rep. Chris Collins.

Gov. Andrew M. Cuomo on Wednesday announced that he had signed a bill that narrows the state's protections against double jeopardy, which is the prosecution of a person twice for the same offense. Under the new state law, state prosecutors could file charges against people indicted on the federal level in the future if any president pardons them.

Trump has pardoned several Republican figures, but there is no indication that he has any plans to pardon Collins, who resigned and pleaded guilty Oct. 1 to two federal felony charges in connection with an insider trading scheme.

If Trump does so, there's nothing in the new state law that would allow state prosecutors to file charges against Collins in the insider trading scheme that led to his guilty plea. That's because the state law is not retroactive. It does not apply to people who pleaded guilty or were convicted of felonies at the federal level.

That means New York also could not file charges against Paul Manafort, the former Trump campaign manager who was convicted last year of tax and bank fraud, if Trump were to pardon him.

One big Chris Collins question remains: Will Trump pardon him?

In fact, even the future felons who Trump might pardon could be sheltered by that constitutional protection, the New York Civil Liberties Union said in a memo criticizing the new New York law on prosecuting the pardoned.

Noting that the new state law could lead to state cases against innocent people properly pardoned by future presidents, the NYCLU said: "New York should not undermine its important statutory safeguards for short-term political gain."

The new state law won widespread support from New York Democrats, though, with Cuomo lauding it as a contribution to justice.

"No one is above the law, and New York will not turn a blind eye to criminality, no matter who seeks to protect them," Cuomo said.

"We have a responsibility to ensure that individuals who commit crimes under New York State law are held accountable for those crimes," James said. "This critical new law closes a gaping loophole that could have allowed any president to abuse the presidential pardon power by unfairly granting a pardon to a family member or close associate and possibly allow that individual to evade justice altogether."

The new state law takes effect immediately and applies to both future and past offenses, provided that the person pardoned by the president has not already pleaded guilty or been convicted at the federal level.