Ted Gioia's "Music: A Subversive History" is one of the most important and welcome books I've encountered in the last decade. If ever there were a book the world sorely needed, it's Gioia's (Basic Books, 514 pages, $35).

No one is going to pretend it's the kind of book that has "bestseller" written all over it (unlike Ronan Farrow's book "Catch and Kill"), but Gioia's tale of a few thousand years of history is the end product of a quarter-century of Gioia's research and hints where he was going in his previous books "Healing Songs," "Work Songs" and "Love Songs."

He knows how many are going to feel about his book sight unseen. His introduction begins, "I'll admit it. I cringe when I hear the term 'music history.' The phrase summons up images of long-dead composers, smug men in wigs and waistcoats. I hear the refrain of a stately dance in waltz meter performed for some decrepit king and his court. People are dancing without touching, merely making stiff bows and curtsies in the other's direction. Even the musicians stifle their yawns."

Not in this book. It isn't, he says, "the boredom of conventional music history" he objects to. "I object to the false notions that undergird the tedium. When we celebrate the songs of previous eras, the respectable music of cultural elites gets all the attention while the subversive efforts of outsider and rebels fall from view. The history books downplay or hide essential elements that are considered disreputable or irrational – for example its deep connection to sexuality, magic and alternative mind states, healing, social control, generational conflict, political unrest, even violence and murder."

Gioia is a great jazz historian, busy jazz critic and sometime jazz pianist. Not for him is the whitewashing of "a four-thousand year history of disruptors and insurgents creating musical revolution. ... The shameful elements of song ... are actually sources of power, serving as the engines of innovation in human music making."

The conceptual result of that festoons almost every page of this book. 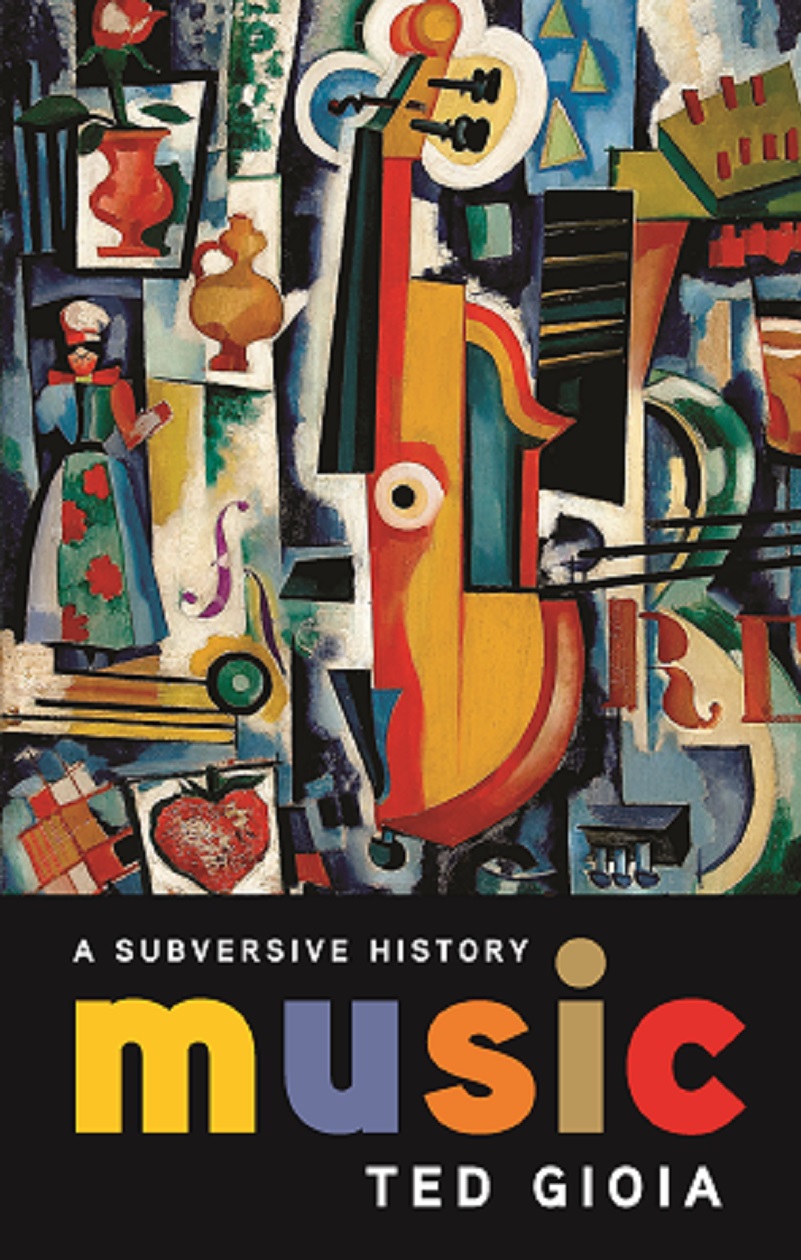 To take an almost random example, Carlo Gesualdo, the harmonically radical Renaissance composer, is usually treated in musical histories as an aristocratic embarrassment to noble deportment with an unusually bloody personal life. Gioia faces squarely that the composer Gesualdo was the same man who murdered both "his wife and her noble lover, the Duke of Andia and mutilated their bodies. ... Then he muttered 'I do not believe they are dead' and went in the apartment a second time to inflict more wounds on his victims. Gesualdo [earned] this hard-earned reputation for brutality and some commentators have not hesitated to label him a sadist and a psychopath. 'Say what you will about Gesualdo,' writes the music critic Alex Ross [of the New Yorker], 'he was irrefutably badass.' Yet he was never punished for his crimes and probably found his allure as a composer got a boost from his violence as a lover."

It wasn't all that long ago that the estimable Aldous Huxley was lamenting that such a radically advanced musician in his time was also so effete that he let his soldiers do his homicidal dirty work. Gioia's Gersualo (as well as Alex Ross') seems to be a whole different dude.

So what it usually meant is that Gesualdo, prince of Venosa, is presented as a sublime classical composer with an unusually slovenly and untidy home life. It isn't hard, in Gioia's version, to connect the criminal and the rebellious music for his time he composed.

I wouldn't dream of pretending every page of Gioia sounds like a synopsis for an episode of "Law and Order: SVU."

There are, in truth, pages where Gioia is inclined to weigh into all manner of disputes from musical academe. You'll have plenty of patience for those if, like me, you can't get enough of Gioia's casual, playful ease with big ideas – really big ideas.

Here is a man who, after all, jokes that the beginning of the universe – the Big Bang – was akin to God's own downbeat. (What else, after all, from the conductor who began all conductors?)

If not every page, then every other page seems to come with some well-supported racy idea of how music and history connect.

Try this, from late in the book, to explain the difference in American vernacular music between country music and those assertive drum musics jazz and rock. Country music, according to Gioia, evolved from humanity's cooing and reassuring pastoral music, the music of "herding animals" to stay in one place for later slaughter. It was music to pacify livestock for those living the "pastoral" life.

The music of hunter-gatherers, on the other hand, is "more assertive, more aggressive, more likely to rely on drums and other declamatory instruments" to flush prey out of hiding. He admits it is, perhaps, an oversimplification to say that country singers are herders and rock stars are hunters, but it's quite typical of the conceptual raciness that brands every chapter of this book (sample chapter titles: "Unmanly Music," "Not All Wizards Carry Wands," "Musicians Behaving Badly," "Funky Butt" and "Where Did Our Love Go?")

When's the last time you heard the music of Emmylou Harris and Jeff "Tain" Watts traced back to our ancestors from neolithic times?

To understate the case considerably, I'm not in the habit of quoting from the press releases that come with new books, but I like, in the release that came with this book, the blurb that came from the fine jazz composer and pianist Fred Hersch, which digests it all neatly and without fuss:

"Subversives from Sappho to Mozart and Charlie Parker are given new perspective – as is the role of the church and other arts-shaping institutions. Music of emotion is looked at alongside music of political power by a master writer and critical thinker. This is a must-read for those of us for whom music has a central role in our daily lives."

I've opened a lot of book cartons in the past 50 years. I don't often hum with glee just looking at a book's dust flap. I knew this carton was coming and I did then. But I haven't stopped since either.