This year, Christian Central Academy students achieved higher overall proficiency rates than their peers at any other local private school on the state’s math and English language arts assessments for elementary and middle school students.

The Williamsville school, in fact, achieved the second-highest level of proficiency in English language arts in the state this year among private schools that gave the test.

Plenty of factors likely contribute to the school’s academic success, beginning with an essential element. “We are a college prep school, so we do have high expectations,” said Lisa Wright, the school's division head for kindergarten through eighth grade.

In Erie and Niagara counties, just over half of the private schools have their students take the assessments, with Catholic schools accounting for most of them. Results among the Catholic schools varied greatly. Schools with a larger population of students with greater needs generally scored lower.

“There certainly are differences between schools that impact academic assessments,” said Michael C. LaFever, superintendent of Catholic schools for the Buffalo Diocese. “Like the Buffalo city schools that struggle with students in poverty, students with special academic needs and immigrant student populations that do not speak English, our schools also have these same challenges.”

Ninety-five percent of Christian Central Academy's students who took the English language arts assessment in the spring were considered proficient. And 79% were proficient in math. Those rates were higher than any of the other 36 non-public schools in Erie and Niagara counties whose students took the assessments.

Private schools in New York State are not required to administer the tests, and those that do can choose which of the grades from three to eight are included in the testing.

Christian Central Academy is one of seven Christian fundamentalist schools in the area, but the only one at which students took the state tests this spring.

Classes at Christian Central Academy are small – no class has more than 25 students. Most classes are closer to half that size.

Reading and writing are emphasized as crucial to success in all the other subjects. Common Core and state learning standards are taken seriously. One English teacher describes them as “august.”

Students are introduced to technology early and use it consistently. Elementary students learn keyboarding and basic coding. Middle school students learn more advanced coding, along with computer aided design and the use of a 3D printer. 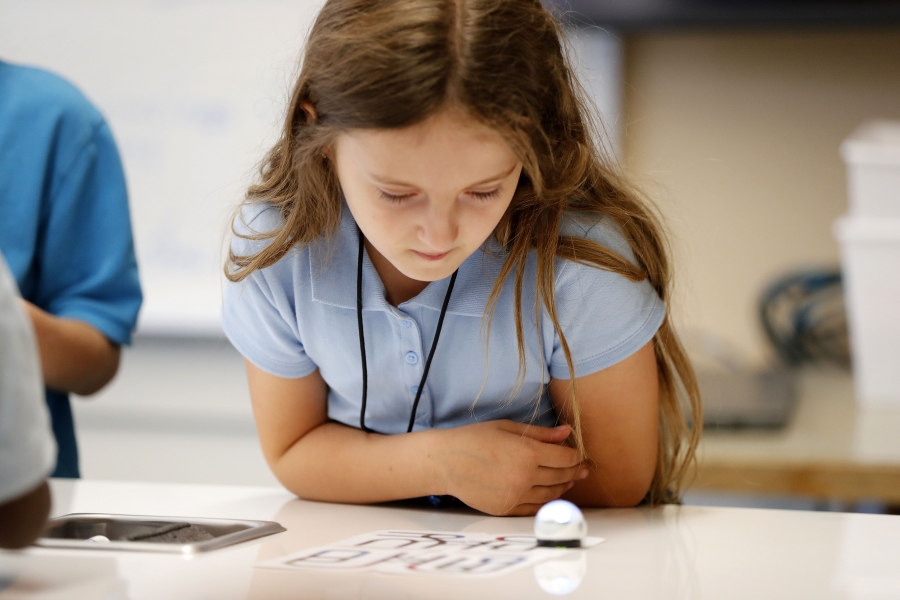 But it’s not the small classes, instructional rigor or noteworthy technology program that the school’s leader points to in explaining its success. It’s the school’s ability to integrate Christian teachings into all of its subjects.

“When I’m talking about Newton’s laws of physics, I can say Isaac Newton, when he formulated these, was trying to explain God’s laws,” said Stuart Chen, interim head of school and a retired engineering professor. “These aren’t Newton’s laws, these are God’s laws.”

Founded 70 years ago in the basement of the Alden Mennonite Church, the school later became affiliated with the church that is now called the Chapel at CrossPoint, then became an independent Christian fundamentalist school 25 years ago. Today, it is located in the former Williamsville Academy Street School, a former public school that now houses kindergarten through 12th grade.

Christian values permeate its approach to education, but even beyond the weekly chapel services, daily prayers and classroom lessons. Three days a week, for instance, middle school and high school students spend 15 minutes after school sweeping the floors and emptying garbage cans, helping to instill in them the importance of service to the community.

“It’s about the hearts of students,” Chen said. 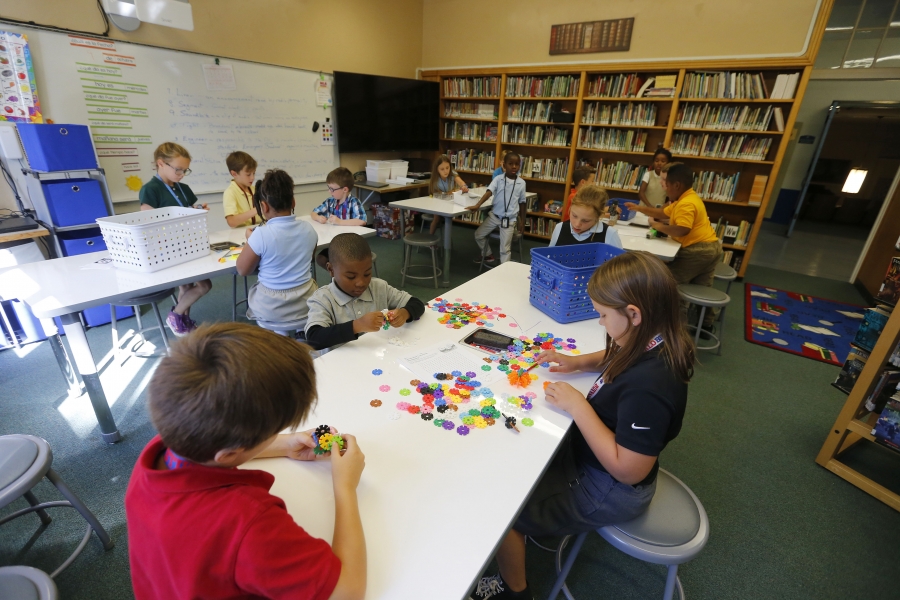 Second graders at Christian Central Academy work on some STEM activities at the school in Williamsville on Wednesday, Oct. 9, 2019. (Mark Mulville/Buffalo News)

More than 60% of students were proficient in both subjects at four other local Catholic schools: St. Christopher in Tonawanda, St. Gregory the Great in Williamsville, Christ the King in Amherst and Immaculate Conception in East Aurora.

Students are scored on a scale of 1 to 4 on the assessments. Students scoring a 3 or 4 are considered proficient or better. Those scoring a 1 are at the lowest academic level.

“Moving a student from level 1 to level 2 can be a great accomplishment since it takes great effort to do this with an academically challenged student,” said LaFever, the diocese's superintendent of Catholic schools. “They may not yet be at the proficient level but they and the school have had success. This gets lost sometimes in the discussion where we measure only the top of the scale.”

Private schools in New York are not required to give their students the state assessments. Many choose not to. That group includes many religiously affiliated schools as well as some of the priciest nondenominational schools in the area, including Park, Nichols and Elmwood Franklin. At each of those nondenominational schools, middle school tuition costs more than $20,000 a year.

Some of these schools say the education they offer exceeds what is required by the state.

“Nichols School does not offer these assessments. We are proud to be a small, independent school free of state mandates,” said Paul Errickson, head of Nichols' middle school. “Our world-class faculty members shape our curriculum beyond the limitations of standardized testing.”

Private schools that do administer the state assessments become eligible for state reimbursement of their costs associated with the testing.