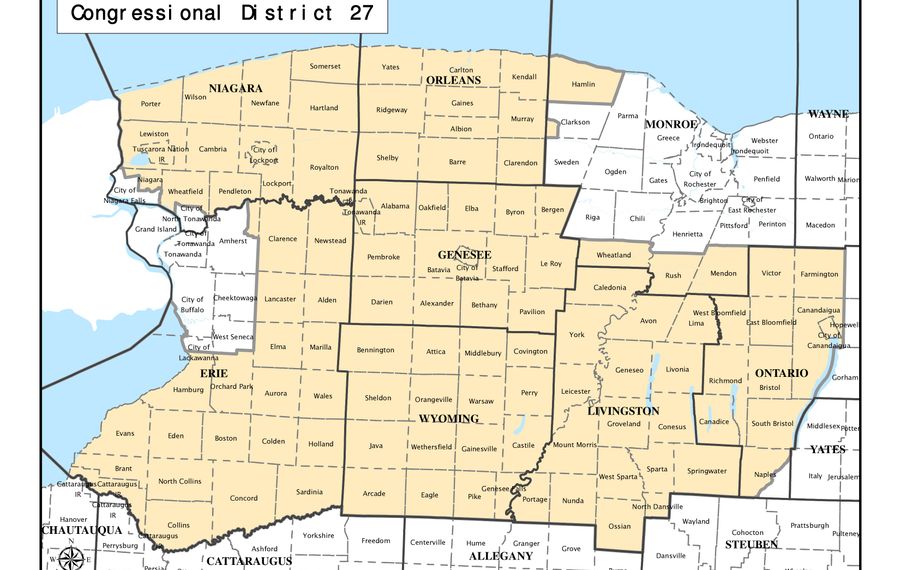 It’s like the waves that ripple from a pebble tossed in a pond except for one thing: The resignation of a corrupt congressman is more like dropping a boulder into rough waters. For some constituents, the turbulence can upend daily life. The sooner those waters can be calmed, the better.

That’s why Gov. Andrew M. Cuomo needs to schedule a special election to fill the vacancy in the 27th Congressional District sooner rather than later, and definitely before the presidential primary on the calendar for April 28. Not only is it too long to ask the district’s residents to go without congressional representation, but the primary date, itself, would create avoidable unfairness.

The seat came open this month when Chris Collins resigned ahead of his guilty plea to felonies related to insider trading. Even before that, he was prohibited from serving on any congressional committees based on his August 2018 indictment.

As a result, residents of the 27th District have gone without effective representation for 14 months. To ask them now to slog through another six months with no member elected to serve them is too much. It would also put that special election only six months ahead of the next regular congressional election, placing an unnecessary burden both on candidates and voters.

The fairness issue arises given the nature of next year’s New York presidential primary. Because Republicans are largely coalesced behind President Trump – and because the Republican Party is ruling out any primary election at all in at least four states – April’s vote is going to be a Democratic affair.

Yet the 27th is the state’s most Republican district. To hold the special congressional election on that date would give Democrats a large, unearned advantage. It would be a disservice to the district’s voters.

Under other circumstances, the possibility of pairing the special election with one already on the ballot would make sense. Elections are expensive and those scheduled on unusual dates typically draw few voters.

We have supported moving the Buffalo School Board election for that reason: By pairing it with the November election, costs would be diminished and more voters would likely take part.

But a special election is, by definition, a special case. District residents are entitled to representation in the national legislature and they deserve an election that isn’t overshadowed by a partisan event.

For now, district residents are being helped by their neighboring congressman: Brian Higgins, D-Buffalo; Tom Reed, R-Corning; and Joe Morelle, D-Rochester. It’s a valuable service those representatives are providing but, in the end, it’s a crutch. The district needs its own representative – as soon as the calendar allows.