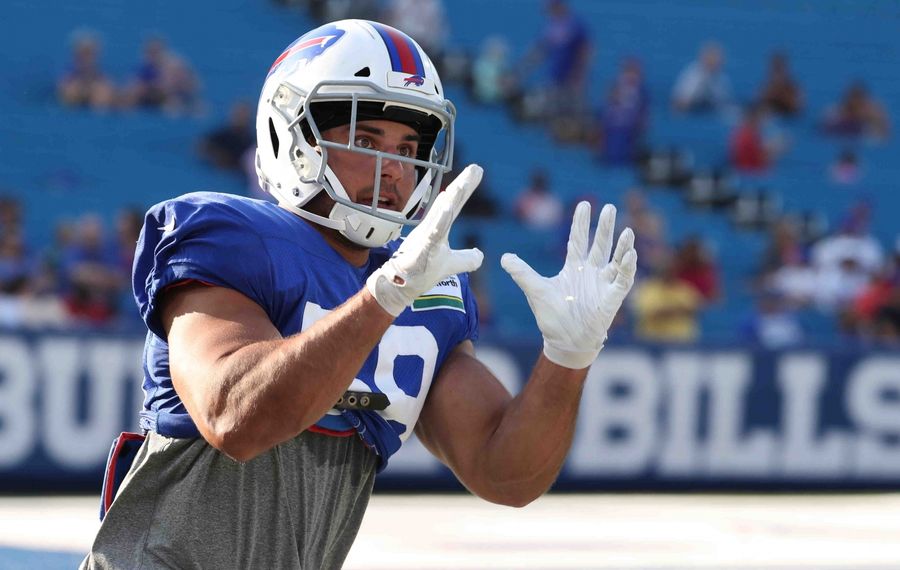 The Bills returned from the bye week Monday with a light practice without helmets or pads.

An injury report is not required until Wednesday, and coach Sean McDermott is not scheduled to meet with the media.

Running back Devin Singletary, who has not played since injuring a hamstring in the Giants game, was taking part in drills.

Linebacker Matt Milano, who injured a hamstring against Tennessee, was working off to the side with an athletic trainer.

Offensive lineman Cody Ford and defensive end Trent Murphy also were on the field. Both left the game against the Titans and were in the concussion protocol.

Tight end Tyler Kroft, who has yet to play this season, was taking part in tight end drills.