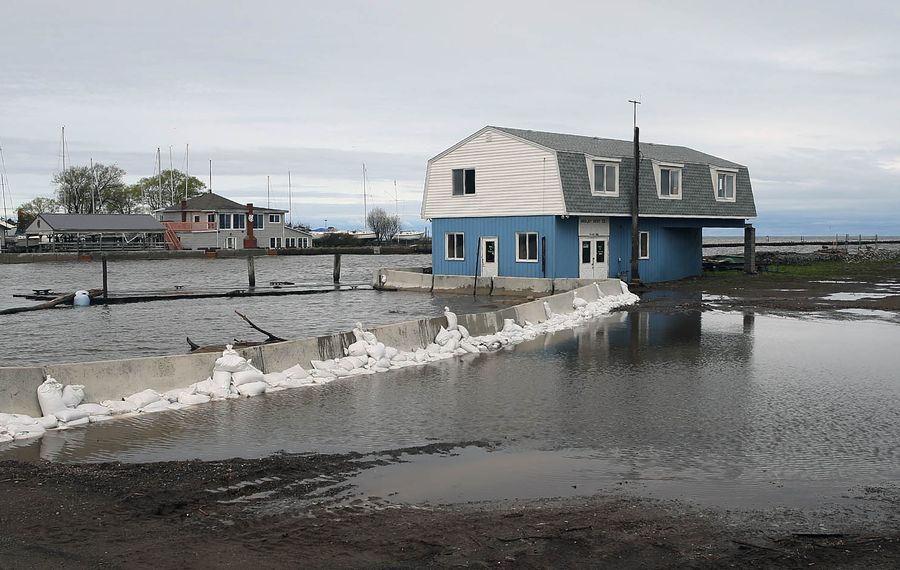 New York State’s lawsuit against the International Joint Commission is more likely to make headlines than make a difference. It’s never a bad thing for Gov. Andrew M. Cuomo to fight for the state, but trying to recoup money for compensatory funds paid to victims of flooding on Lake Ontario isn’t going to solve the problem.

The state’s Department of Environmental Conservation filed a suit Wednesday in State Supreme Court against the IJC, the binational body that regulates water flows along the Great Lakes. The state contends that the IJC’s recent management plan contributed to flooding along Lake Ontario that caused $1 billion in damage.

“We will not shoulder the burden of the destruction that is a direct result of the IJC’s gross mismanagement of Lake Ontario water levels, and the IJC needs to compensate New York for the severe damage to the homes and businesses along the shoreline. That’s what this lawsuit is all about,” Cuomo said Wednesday.

The IJC has few assets of its own: Any damages it would have to pay from a lawsuit would be owed by the governments of Canada and the United States. And a U.S. federal law explicitly shields international organizations like the IJC from litigation; lawsuits against it in the past were unsuccessful. The governor acknowledged the difficulty of winning in court.

“I understand it’s a hard case, but it’s a case we’re willing to fight for the damages, but also, we need a change at the IJC going forward,” Cuomo said Wednesday.

The IJC has become a political punching bag that takes shots from both sides of the aisle. Cuomo and Senate Minority Leader Charles E. Schumer, both Democrats, have criticized Plan 2014, as have former Rep. Chris Collins and State Sen. Rob Ortt, both Republicans.

Jane Corwin of Clarence, who President Trump appointed this year as U.S. chair of the commission, had criticized Plan 2014 when she was a member of the Assembly, with a district that included lakefront communities. She now takes a more measured view.

At a news conference in June, Corwin said the plan lets the board “make decisions as they see fit” on regulating lake outflows. The commission has to balance the interests of lakeshore property owners with residents who live downstream in cities such as Montreal. The IJC can’t just flip a switch to make water problems disappear along Lake Ontario and the St. Lawrence River.

What is more, it can’t do anything about the torrents of water that nature is funneling into the lake. That’s where the problem lies.

Corwin has said that the IJC will continue to study whether the plan should be changed. That’s sensible.

Climate change makes future flooding inevitable. Beyond regulating water flows, the state and federal governments will need to decide on realistic limits for how much they can compensate flood victims financially.

Owning lakefront property carries risks as well as benefits. Taxpayer money is a finite resource that should only go so far in mitigating those risks.