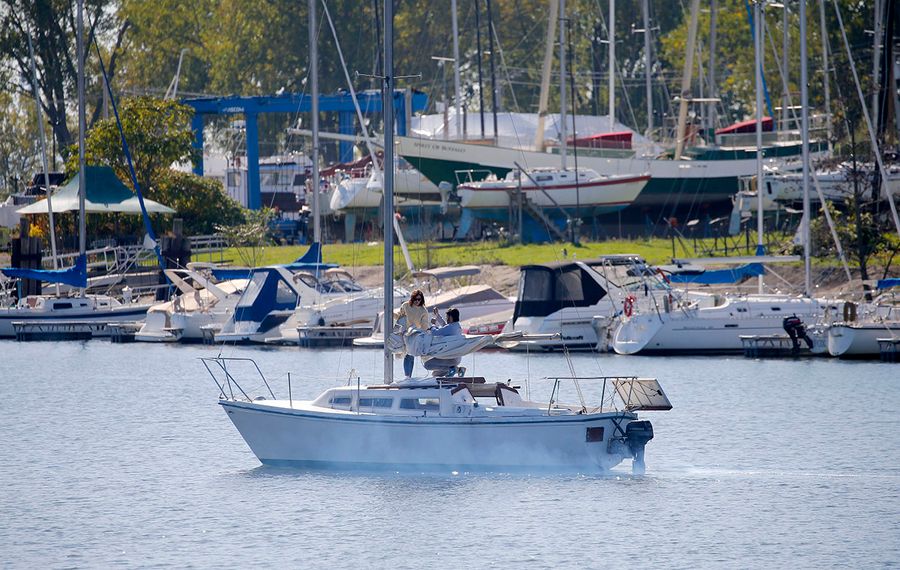 During these crisp October days, Western New York has spent this past week in a meteorological sweet spot, with dry weather and seasonable temperatures, cool at night and statistically average during the sunny days. During September, compared to the majority of the northern hemisphere, we did very well. This next graphic, credited to the European Centre for Medium Range Weather Forecasting (ECMWF generates the European model), depicts how much of the globe experienced temperatures running above the long-term average. These temperature anomalies are based on billions of land, air and sea observations taken around the world.

You have to possess a good eye, but if you look carefully you’ll be able to note the fading shades from orange just to our south to a paler shade which equates closer to average east of Lake Erie. Globally, the dominance of above average pale oranges to reds compared to the small regions of cooler than average blues is readily apparent. September was the hottest September on record globally, following the second hottest August, the hottest month on record of any month, July, and the hottest June on record globally. (Note: “On record” does not mean in the earth’s history. It means since reliable records began to be observed regularly in the mid and late 19th century.)  In any case, September marked the fourth hottest on record month globally this year, so far.

As for that hottest June, that was certainly not the case in our region. We ran 1.5 degrees below average in Buffalo in that cool and often wet month. And the hottest of any month on record, July, was only 2.9 degrees above average in Buffalo.

Buffalo’s September was wetter and milder than average, with the monthly mean temperature running 3 degrees above the long-term average. That’s significant, but it is still a relatively minor anomaly. Nearby Cleveland ran 6.3 degrees above average. Atlanta, as I mentioned in my last article, had more than 90 days with high temps above 90 during the warm weather season – yes, that’s an all-time record. Buffalo had just one 90-degree day this summer, fewer than the average of 3.

As for October, the first four days were the hottest of the entire warm weather season in much of the middle Atlantic, parts of the Midwest and most of the south. In the latter region, quite a number of cities hit 100 degrees on Oct. 3, which is unprecedented.

September is the month in which the annual Arctic sea ice reaches its minimum each year, and this year was the third lowest minimum in the 41 years of precise satellite-derived data.

As for the overall northern hemispheric summer, the National Oceanic and Atmospheric Administration tabulated the land and sea data and determined this was the hottest summer on record, going back to 1880. These extreme peaks often occur during a strong El Nino, as had occurred in 2016, since strong El Ninos add much additional heat to the atmosphere. That was not the case this summer, and no strong El Nino was present.

One of the reasons Western New York got off and often gets off relatively easy is the cooling marine layer supplied by the Great Lakes, and Lake Erie in particular. While WNY is warming, a good deal of our warming has been occurring in the overnight period; nighttime minimum temperatures are warming faster than daytime maximums. The ratio of Buffalo record high temps to record lows is showing a marked warming trend, as is the case around most of the world.

Yet the extremes here are literally dampened by the lakes. Our hottest days near Buffalo generally occur when the wind comes from the south or the southeast, bearing no lake influence. Another climatological trend seems to be the placement of hot summertime ridges of high pressure, often just far enough to the south of the Niagara Frontier to allow more of a lake breeze to develop. This can be seen in this recent posting by Dr. Alicia Bentley of SUNY Albany.

None of this is to suggest we’re off the hook on global warming impacts. Instead, it’s an attempt to provide some perspective and climatological shading on local mitigation of the worst impacts. All of us will be impacted by some of the economic, public health and demographic impacts of warming climate change. But for the time being, we are living in one of the less severely affected local regions in the United States. We will still face an increase in heavy precipitation events, occasional episodes of extreme winter weather when the Arctic warming-weakened jet stream allows the polar vortex to buckle down southward closer to us, and more muggy weather, especially at night. But we are not facing direct threats from rising sea levels and major droughts will likely remain infrequent around here for quite some time to come. Our efforts in coming decades to adjust to warming will be less costly than those faced by coastal cities.