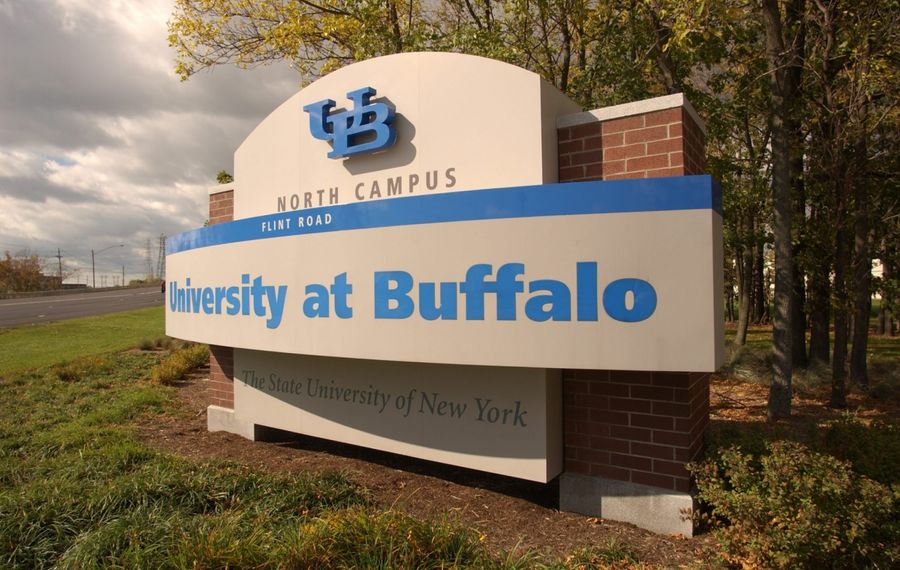 When Mark Alnutt needed to hire a new basketball coach at the University at Buffalo last spring, the obvious goal was to hire the best candidate.

The second-year athletic director also understood the limitations that faced him. Alnutt wanted the right fit, but he was realistic when it came to what UB could pay potential coaches and personnel. UB couldn’t offer the flashy money that schools in the Atlantic Coast Conference or the Big Ten can offer. But UB could present a salary that was comparable to other Mid-American Conference athletic programs and to other State University of New York athletic programs.

"There are some people that you want to talk to and you know, as a factor, that salary could be an issue," Alnutt said. “But also, too, these jobs are hard to come by.

"If you truly want to assume this role, salary aside, we’re going to be as competitive as it is in the marketplace, and that’s the first thing I’m going to throw out there to the candidate, to the agent or whoever their representative is, 'This is the salary range and this is what we’re looking at, and that’s our marketplace.'"

The marketplace for coaches and staff is seeing explosive growth at every level of college sports, putting mid-major Division I programs like UB with talented coaches in a challenging position. Alnutt signed football coach Lance Leipold, women’s basketball coach Felisha Legette-Jack and men’s basketball coach Nate Oats to extensions within a span of four months this year, with Oats leaving a month after getting his new deal for Alabama, which tripled his salary.

UB’s athletic department in the 2017-18 fiscal year dedicated 36.9% of its expenses, totaling more than $15 million, to coaches and staff, according to a USA Today database. Five years earlier, that figure was 29.6%.

It’s the highest percentage of athletic department expenses devoted to salaries among the four Division I State University of New York athletic programs, ahead of Binghamton (31.3%), Albany (29.9%) and Stony Brook (25.1%).

However, Alnutt says he's more concerned with being competitive with Mid-American Conference schools, and UB ranks third in the conference in percentage of expenses to salaries, despite UB having the highest athletic revenue and expenses among MAC schools. Bowling Green spends 40.2% on salaries and Kent State is at 38.3%. 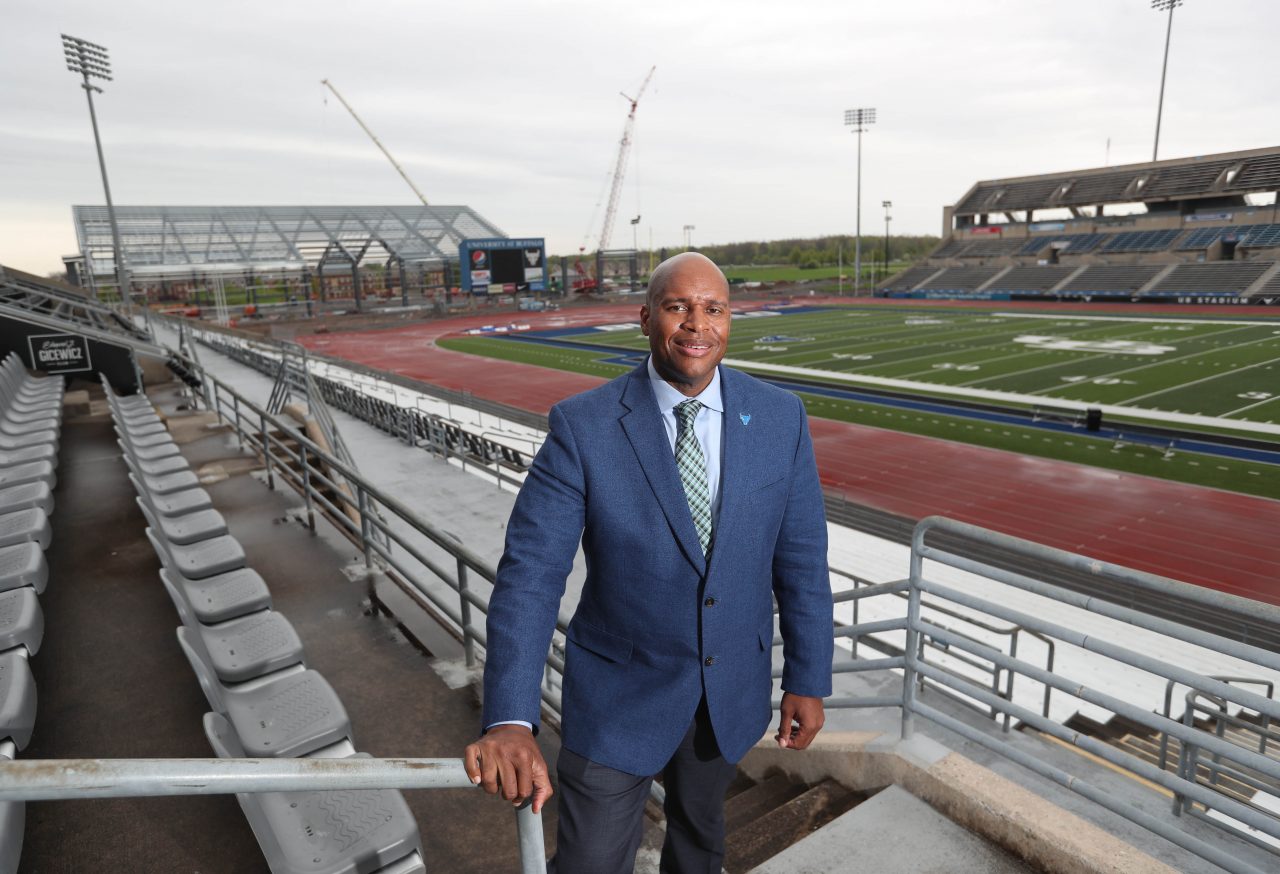 It isn’t necessarily the case at UB, which receives money from NCAA subsidies, student fees and revenues from television contracts from the MAC and from the NCAA, as well as ticket sales and fundraising.

Still, UB's percentage of athletic expenses to salaries is similar to college athletics' most well-heeled programs. Ohio State spends 37%, Alabama spends 34.5% and Texas is at 33%, according to the USA Today database.

“If you want to compete at the highest level, at the Division I level, you need to have a staff that helps you win,” Hirko said. “You want a staff that’s experienced and will bring an expertise that will help you win. Very rarely do you find a diamond in the rough. You have to pay market value for a coach.”

UB's search for a new men's basketball coach in April ultimately led to the promotion of assistant Jim Whitesell, who agreed to a five-year contract with an annual guaranteed base salary of $300,000 with $100,000 in additional compensation.

Following four sports being cut at the end of the 2016-17 year, UB went to 16 sports, the minimum required for Division I. Binghamton has 21 sports, Albany 18 and Stony Brook 18.

UB’s 11 head coaches will earn a combined base salary total of $1,650,370, which is 10.9% of its athletic department salaries and ranks third in total base salary among the SUNY schools. Stony Brook's 13 head coaches will make $2,092,868. As is the case at UB with Victoria Mitchell, it is common in track for coaches to lead both the men's and women's teams in indoor and outdoor and the men's and women's cross country teams.

The combined base salaries of Leipoid, Legette-Jack and Whitesell amount to $1,035,000, more than half of UB's total devoted to head coaches.

The News obtained salary information for the head coaches and four athletic directors at the Division I SUNY schools through open-records requests.

Among the four SUNY schools, UB is the only one that plays Football Bowl Subdivision. Stony Brook and Albany play in the Football Championship Subdivision. Binghamton does not have football.

“The visibility for football is second to none,” said Hirko, a former director of Central Michigan University's sport management program. “The numbers and attendance demonstrate that, at all levels. People love football and are willing to pay for it. There’s a lot invested in the prestige of football.”

“Buffalo may not want to be associated with Youngstown State or another FCS program, or William and Mary or James Madison, on an athletic scale. Do they want to be closer associated with Syracuse? I’m guessing they want to be competitive with schools like Boston College and Syracuse academically, too. You can buy that prestige, but you can’t count on it. You don’t know if that’s going to happen. But you can spend the money to make it happen.”

Legette-Jack’s contract extension signed last spring pays her a base of $270,000 along with $75,000 in additional compensation, making her the highest paid female coach in the SUNY system.

All six coaches have higher base salaries than the athletic directors at the schools where they coach. 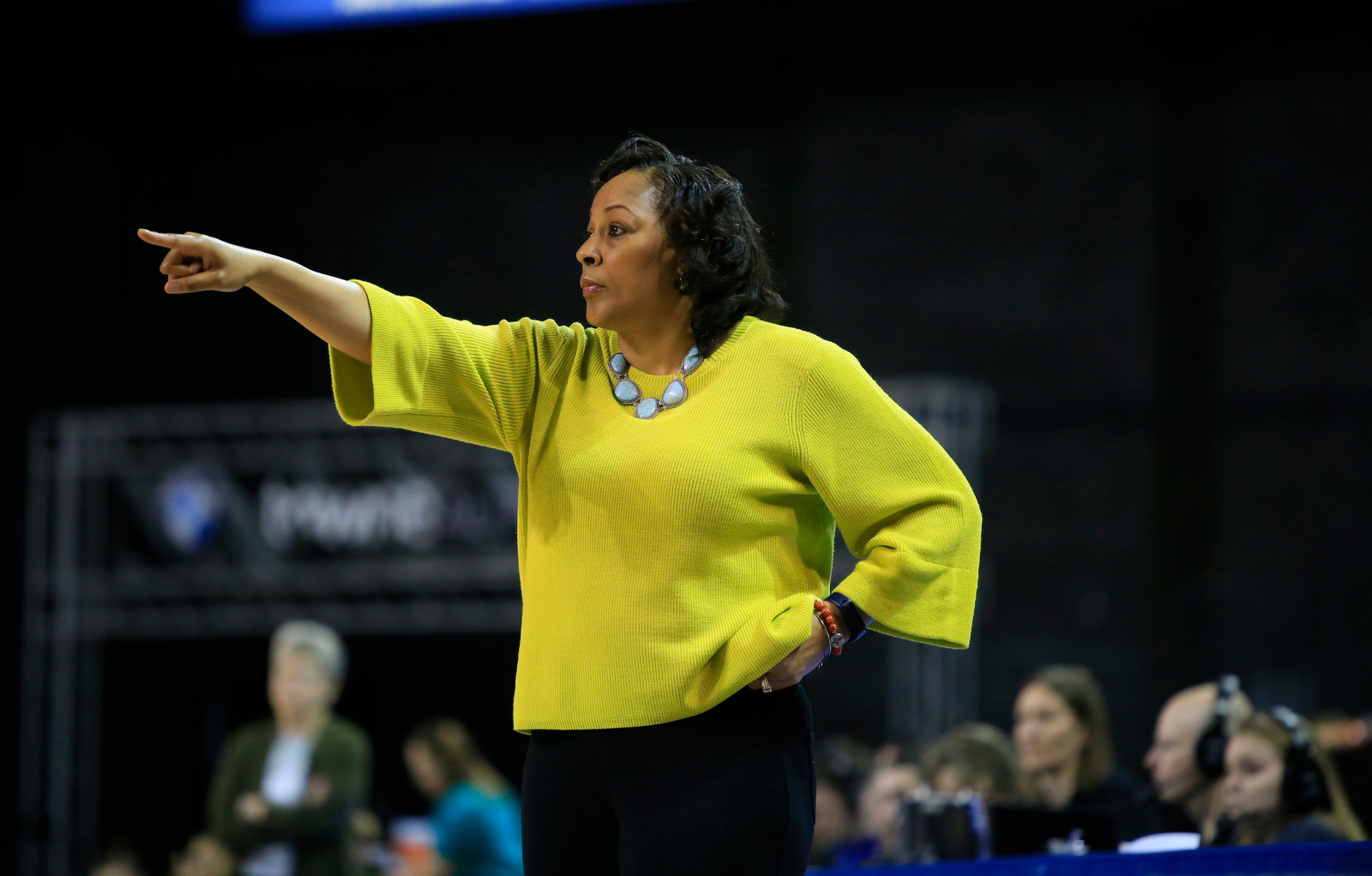 At $200,000, Stony Brook men's lacrosse coach Anthony Gilardi has the highest salary of any non-football or non-basketball coach in the SUNY Division I schools. Gilardi's success, however, didn't come at Stony Brook. He became head coach of the Seawolves in June after eight years at Towson as associate head coach. The Tigers earned five NCAA tournament berths and reached the 2017 men's lacrosse final four.

“It’s a reflection of the income-generating capacity of a team,” said Andrew Zimbalist, a noted author and sports economist. “And football and basketball has become more commercialized. To hire coaches, you’re also in competition with big-time schools.”

Competition was a factor as UB gave new deals to Leipold, Legette-Jack and Oats, its former men’s basketball coach.

Leipold finalized the extension after the school’s first 10-win season, though discussions had begun during the season.

Legette-Jack received an extension in May 2018 after her team had reached the Sweet 16 of the Women's NCAA Tournament. A year later, she received another extension after the Bulls reached the NCAA's second round and she reportedly interviewed at Penn State and Georgia Tech.

Oats, who received an extension in March 2018, figured to be a hot commodity after getting NCAA Tournaments wins in consecutive years and taking UB to a No. 14 national ranking last season. Oats agreed to another contract extension with UB last March that called for a base salary of $837,000 a year, including $225,000 that would be raised through gifts designated to the men's basketball program. He left a month later for a five-year deal at Alabama with a $2.45 million annual base salary.

“Who is our peer? What is our competition? Where do we fit in with that?” Alnutt said. “In that salary range, we want to be very competitive. What does ‘competitive’ mean? Where does Lance fit on that scale, where does Felisha fit, and where does Jim fit? Where do our Olympic sports fit, too? But it’s also understanding the experience that some of our coaches may bring to the table, or if it’s a relatively new coach. Their salary might not be where it might get to, otherwise, being first-time coaches.”

But when it comes to hiring, Alnutt uses the MAC as a measure for compensation and not the SUNY Division I programs. He also takes into consideration certain variables when determining salary parameters.

“You have a longevity standpoint, in which salaries increase over time, whether there were built-in increases through a union or a reward for having a successful career,” Alnutt said. “But someone like (volleyball coach) Scott Smith or (softball coach) Mike Ruechel, those salaries might be a little low, because those are first-time head coaches that fit within the market value, of which we see it, of the Mid-American Conference.”

For some, such as Oats or former Northern Illinois football coach Rod Carey, whose salary was more than tripled when he left for Temple, the MAC serves as a proving ground.

“The coaches get compensated what they get compensated, and there’s a market in and around that,” MAC commissioner Jon Steinbrecher said. “We don’t seem to have trouble hiring quality coaches, and that’s a credit to presidents and athletic directors. I think (the MAC) is a place where people want to come and be head coaches.” 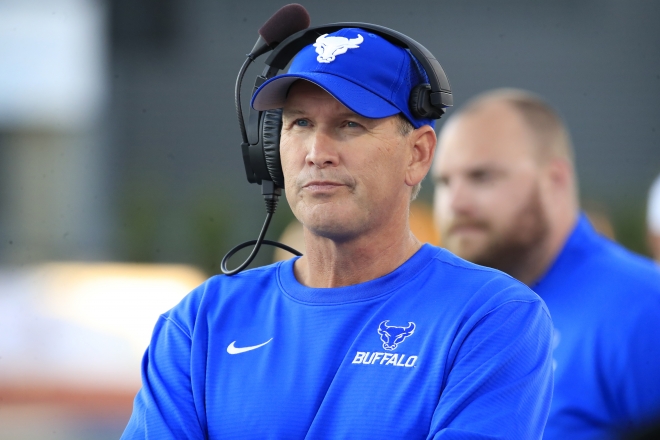 Here is a look at the base salaries for the head sports coaches, strength and conditioning coaches and athletic directors at the SUNY schools with Division I athletics:

Note: Diving is not recognized as a separate sport from swimming by the NCAA