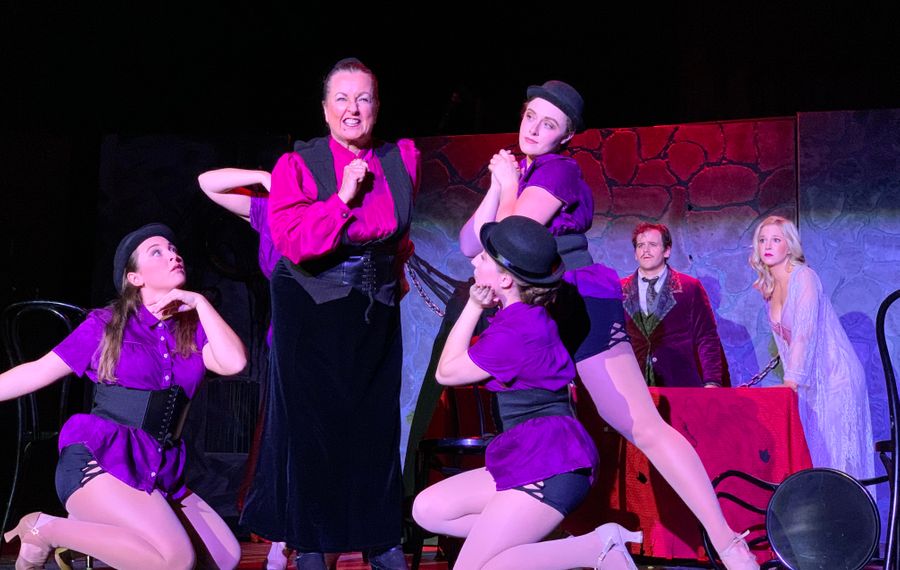 O’Connell & Company, the venerable little theater company headed by Mary Kate O’Connell, has moved from its longtime home at the Park School in Snyder to a new theater at the Ken-Ton Elmwood Commons, formerly Philip Sheridan School (3200 Elmwood Ave.). They have inaugurated the space with the big, brash and wacky 2007 Mel Brooks musical, “Young Frankenstein.”

This is a large undertaking.

The logistics of moving to a new theater and opening a big show at the same time is probably worthy of a backstage comedy of its own, but somehow, through the magic of theater, O’Connell & Company has accomplished that feat. The auspicious opening night was confident, boisterous and even triumphant.

Mel Brooks based the musical on his 1974 film, using 1930s horror films as source material for “Young Frankenstein,” a comedy in which the grandson of Dr. Victor Frankenstein, himself a celebrated brain surgeon, returns to Transylvania to inherit the famed doctor’s estate. Naturally, young Dr. Frankenstein ends up resuming grandpa’s experiments. Along the way, he must resolve his relationships with his socialite fiancee, Elizabeth, and his lab assistant, Inga, to whom he is increasingly attracted.

This production has been directed by Kelli Bocock-Natale, who is known for flights of comic invention, with music director by Bret Runyon, and excellent choreography by Tara Scime. 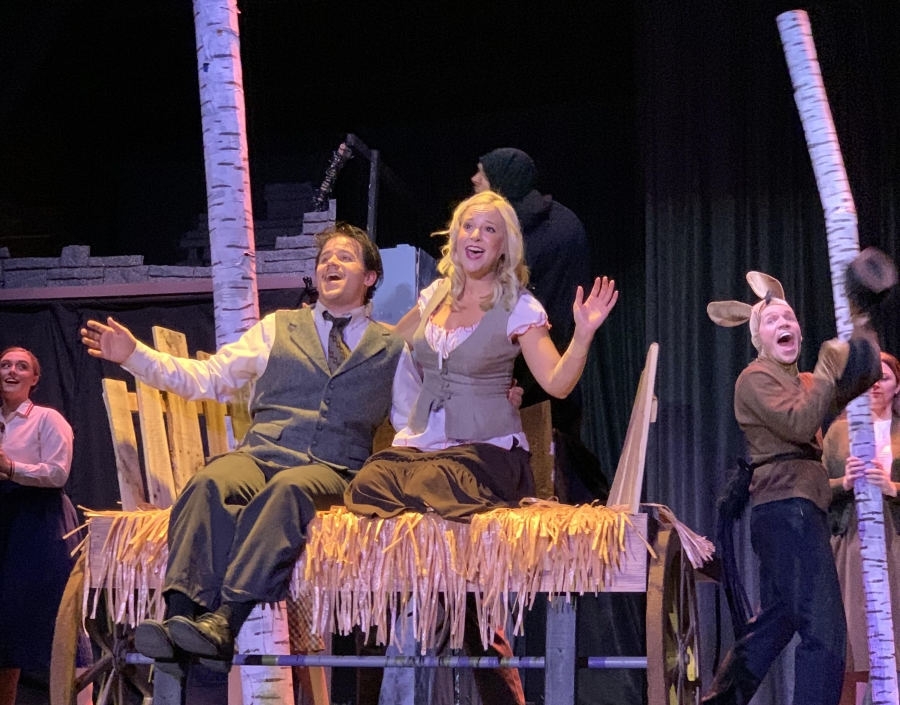 In creating the stage musical, Brooks deliberately evoked fond memories of the film and the actors who originated the characters. The cast at O’Connell & Company boasts a capable roster of musical theater actors. These include Timothy Goehrig as young Dr. Frederick Frankenstein, a role created in the film by Gene Wilder; Vanessa Dawson as Elizabeth, his fiancee, originally played by Madeline Kahn; Joey Bucheker as Igor, a role first embodied by Marty Feldman; Jenny Marie McCabe as Inga, the role created by Teri Garr; John Kreuzer as the monster, first played by Peter Boyle (“Everybody Loves Raymond”); and Pamela Rose Mangus as Frau Blucher, who was first brought to life by the incomparable Cloris Leachman.

The roles give opportunities for everyone to shine while clowning without restraint.

Goehrig possesses an innocent quality that is perfect for the title role. He dryly and appealingly navigates the Brooks jokes. McCabe tackles the sexy comedy of Inga with delightful perfection. Bucheker rides into the role of demented Igor full throttle. Kreuzer is truly wonderful, deploying his deadpan humor, as the monster.

Mangus gives a particularly winning performance as Frau Blucher, the housekeeper who reveals that Victor Frankenstein had been her boyfriend. Without hesitation or shame, Mangus grabs every laugh within her energetic reach. In a production that is not using body microphones, she also distinguishes herself with the audibility of her Broadway-style belting voice. Vocal projection is a skill that some of the younger actors seem not to have cultivated.

In making his films, Brooks often tapped into the unique talents of specific actors, a practice he repeated in creating the stage version of the character Elizabeth. The stage role was fashioned for Megan Mullally, famous to audiences as Karen on “Will and Grace." That reality creates challenges for other actresses who play the role. Mullally was replaced during the long Broadway run of the show by Buffalo’s Michele Ragusa, who quickly learned that gags written into a number like “Please Don’t Touch Me,” which focuses on ample endowments that Mullally had often used as an object of comedy on “Will and Grace,” do not work for other actresses. Elizabeth’s Act Two entrance in “Surprise,” clearly assumes that the actress playing the role is famous and will get entrance applause. Vanessa Dawson delivers the goods in the role, assisted by a legit soprano that reaches the back of the house, and probably out into the hall. She also is deliciously funny.

A strong ensemble assays multiple small roles and Scime’s choreography with precision and skill. In fact, they are an impressive group. Among them, Jon May distinguishes himself as the lonely hermit. Costumes by Rachel Maggs and scenic design by Matt Myers are playful and efficient. Jim Pritchard’s lighting addresses the challenges of the space while evoking the mood of the piece.

The new theater at Ken-Ton Elmwood Commons will continue to present challenges to O’Connell & Company. It is a bit of a barn in which sound gets swallowed and the stage feels remote. To savor the pleasures of “Young Frankenstein,” I recommend that you sit close to the stage.