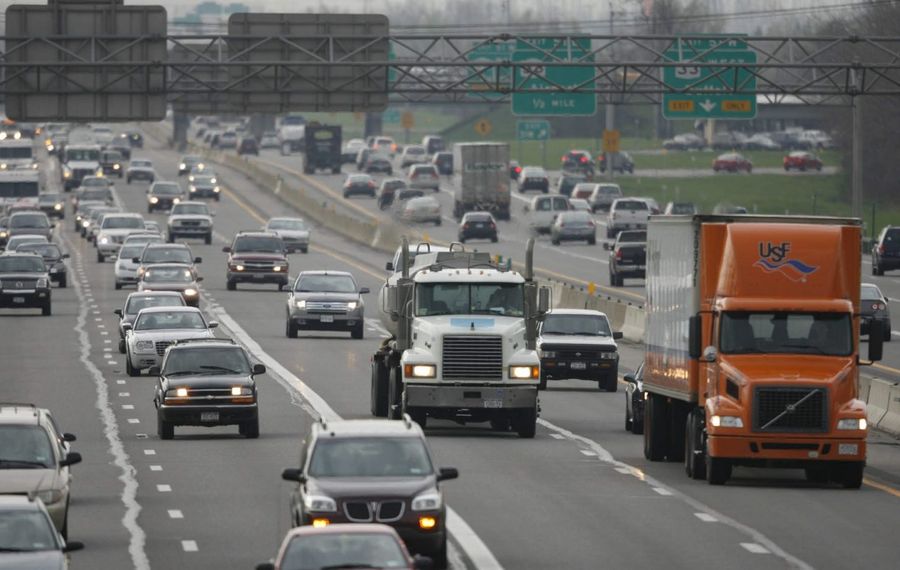 Niagara Falls’ use of cameras to catch the dimwits who zoom past school buses while ignoring the flashing red lights is great.

But it just scratches the surface of how we could employ this technology to unlock a whole new world of camera-inspired safe driving.

And spare me the "Big Brother" laments. We prove every day – with tailgating, lane-hopping, not signaling – that we’re not capable of self-governance on the road.

The Falls school district put cameras on the "stop" arms of two school buses and found 20 vehicles passed the buses when the arms were down and the red lights were flashing. And that was just in the first week of a pilot program. Now the district wants to move right away from the pilot project to full implementation.

While cars don’t have stop arms, they already have other technology that can be modified to target the brain dead, starting with that bane of all responsible motorists – the tailgater.

Surely, the auto industry’s great minds can tweak the back-up camera and sensors that are now standard equipment so that they also operate in "drive" and capture the license plate of the car following you. Given how close it probably is, the range wouldn’t have to be extended by much and the sensors could provide the distance.

Snap a picture, send it to the cops and they can put the ticket in the mail, just as with the school bus violators.

According to the state Department of Motor Vehicles, "four of every 10 crashes involve rear-end collisions, normally because a person is following too closely." It’s also the most common crash in work zones.

Good luck getting somebody to stay that far behind you, even though it doesn’t take a Mensa IQ to figure out you’re not saving any real time by tailgating. You’re just upping the odds of rear-ending someone, raising questions about the brain power of this kind of driver. Yet we also let these people vote – which explains a lot.

Police do ticket for tailgating, but obviously not enough.

According to data from traffictickets.com culled from DMV records by the Rosenblum Law Firm, an Albany and Bloomfield, N.J., firm whose specialties include traffic violations, there were 25,361 such tickets issued across the state last year. More tailgating tickets were issued within Erie County – 2,837 – than within any other county in the state in 2017; and last year, Erie again led the pack with 2,682. Nassau County was second with 2,337; while there were 206 in the City of Buffalo. Amherst led the suburbs, with 535 tailgating tickets, followed by Cheektowaga, with 403.

Obviously, that’s not enough tickets to make an impression on people who – believe it or not – will actually blame someone else for their tailgating.

" ‘The guy in front of me was driving too slow,’ " is one of the most common excuses, said Jobin Joseph, Rosenblum managing attorney.

Whether you go by the "one car length for every 10 mph" that I learned in driver’s ed or the more modern 3-second rule – the elapsed time between when two vehicles pass a fixed object – it’s clear very few motorists leave adequate space between vehicles.

I’ve lost track of the times I’ve run lights that turned from yellow to red because, as I began to hit the brakes, I looked in the rear-view mirror and knew there was no way the driver behind me could avoid plowing into me if I stopped. In every case, that vehicle also ran the red light after I did because the driver could do nothing else. I know a cop would never buy that as an excuse, but I would rather have my name on a ticket than an obituary.

Start snapping pictures via the back-up camera and sending tickets to the most egregious tailgaters, and watch the cars behind you literally back off.

As an added bonus, the cameras could also snap the license plates of the imbeciles who cut into the safe space that responsible drivers try to leave.

And yes, definitely use the technology to get all of those drivers who refuse to use a turn signal – or don’t use it until they’re half way around the corner, in which case it’s useless as an indicator of what they’re about to do.

While Erie led all counties in the number of tailgating tickets, it was at the bottom of the top 10 when it comes to enforcement for not using a blinker, with only 2,775 such tickets issued here last year, far behind New York County’s 32,127, according to Rosenblum’s tally.

There’s clearly room to crack down. In fact, we could balance countless municipal budgets on that infraction alone.

And there should be a special place in motoring hell for the person who pulls up to the red light in the left driving lane, then after the light changes, puts their blinker on – after you’ve pulled up behind them and now are stuck there until they turn. State law calls for a blinker to be turned on "not less than the last one hundred feet traveled by the vehicle before turning."

Front-mounted cameras could capture those infractions, where "I forgot" and "no one else was on the road" are the most common excuses, Joseph said.

The company issues the reports to increase "awareness and transparency" about the ticketing process, he said. Though it’s also good advertising, one might think that educating drivers would cut down on the firm’s business. But apparently, there’s enough bad driving to keep them busy; Joseph said at least half the people who come to the firm for help have prior infractions.

Driverless cars eventually will do away with all of these problems, and it’s easy to see why: Robots have more common sense than most drivers.

Buffalonians are the worst drivers in the state, according to insurance claims