Public Espresso opens its second store next week, in the Shea's Seneca building in South Buffalo, it'll be a homecoming of sorts.

Both company founders, Sam Scarcello and James Rayburg, grew up in South Buffalo. Both business partners' parents still live about a mile from the building at 2178 Seneca St., at the corner of Cazenovia.

Starting at 7 a.m. Oct. 14, it'll also have a 60-seat coffee shop crossed with a casual restaurant. Rayburg marveled at the development on a recent morning, putting the final touches on a cafe in the space where as a child he bought his summer flip-flops before heading to the Cazenovia Park pool. 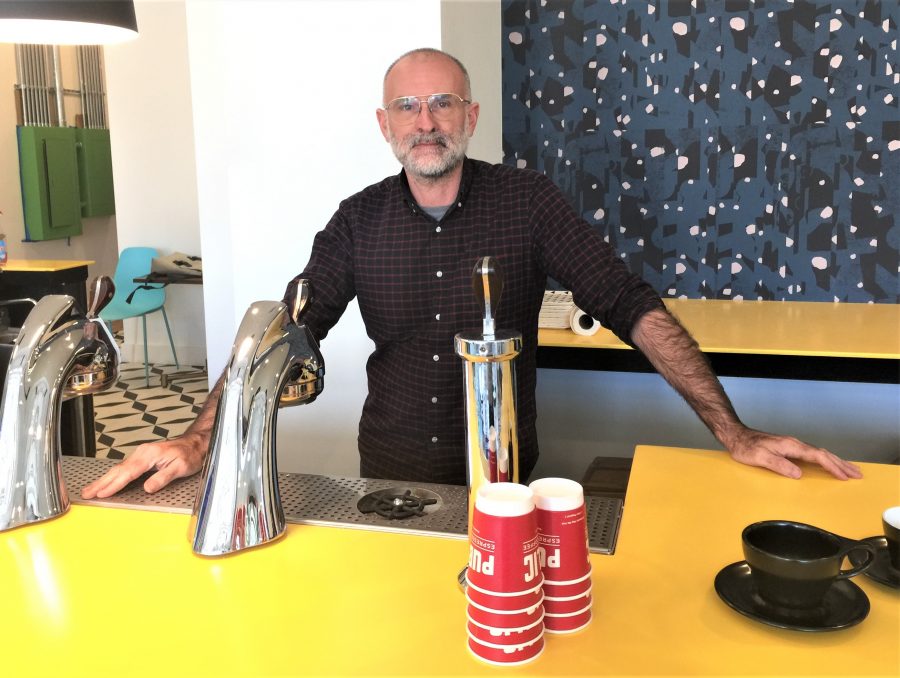 Rayburg is going to sell coffee, avocado toast ($7) and huevos rancheros ($11) in a space that used to be a D & K store.

"I remember my mom usually bringing me here, for socks and towels and all the stuff that you needed for school," he said. "I remember buying my summer flip flops, literally in this exact same space."

Now it's been done up in cream walls, movie posters, and tastefully subdued lighting fixtures. "I think for us, when the Schneider folks said, 'Would you?' we just thought, that given that our families are still invested here, and we grew up in this neighborhood, being part of the renaissance of Seneca Street was really important," Rayburg said.

The opening comes as Public Espresso has evolved into a restaurant that serves coffee, instead of a coffee place with some food.

The Lafayette space has recently taken delivery of a Bellwether coffee roaster, one of the first 40 made, said Rayburg. It's the world's first commercial all-electric zero-emissions coffee roaster. Customers "can see us roasting right in the cafe," he said.

Next year, Public Espresso is taking its biggest step yet, as part of the Station Twelve project that's replacing the Northtown Plaza. It'll be a 3,600 square-foot space, a "second flagship" with full baking and coffee roasting faculties.

On Seneca Street, Public Espresso will offer the same menu as the original Lafayette Hotel location. Sandwiches ($7.50-$13) and bowls ($5.50-$11) make up most of the food menu.

[Related: Check out some of the dishes at Public Espresso]

Doughnuts, crullers and other pastries will be in full force as well. Customers will order at the counter and have food brought to them, Rayburg said. There aren't currently plans to serve alcohol.

Opening hours will be 7 a.m.-3 p.m. Monday -Friday, and 8 a.m.-3 p.m. Saturday and Sunday. The plan is to add evening hours after Public Espresso settles into the neighborhood, he said. 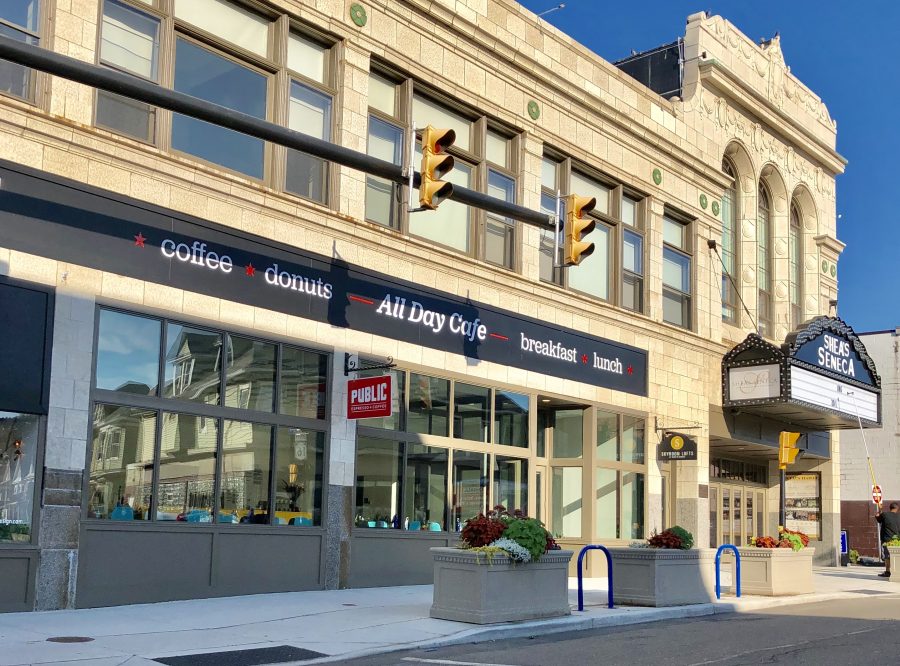 The outside of Public Espresso's new location at Shea's Seneca. (Ben Tsujimoto/Buffalo News) 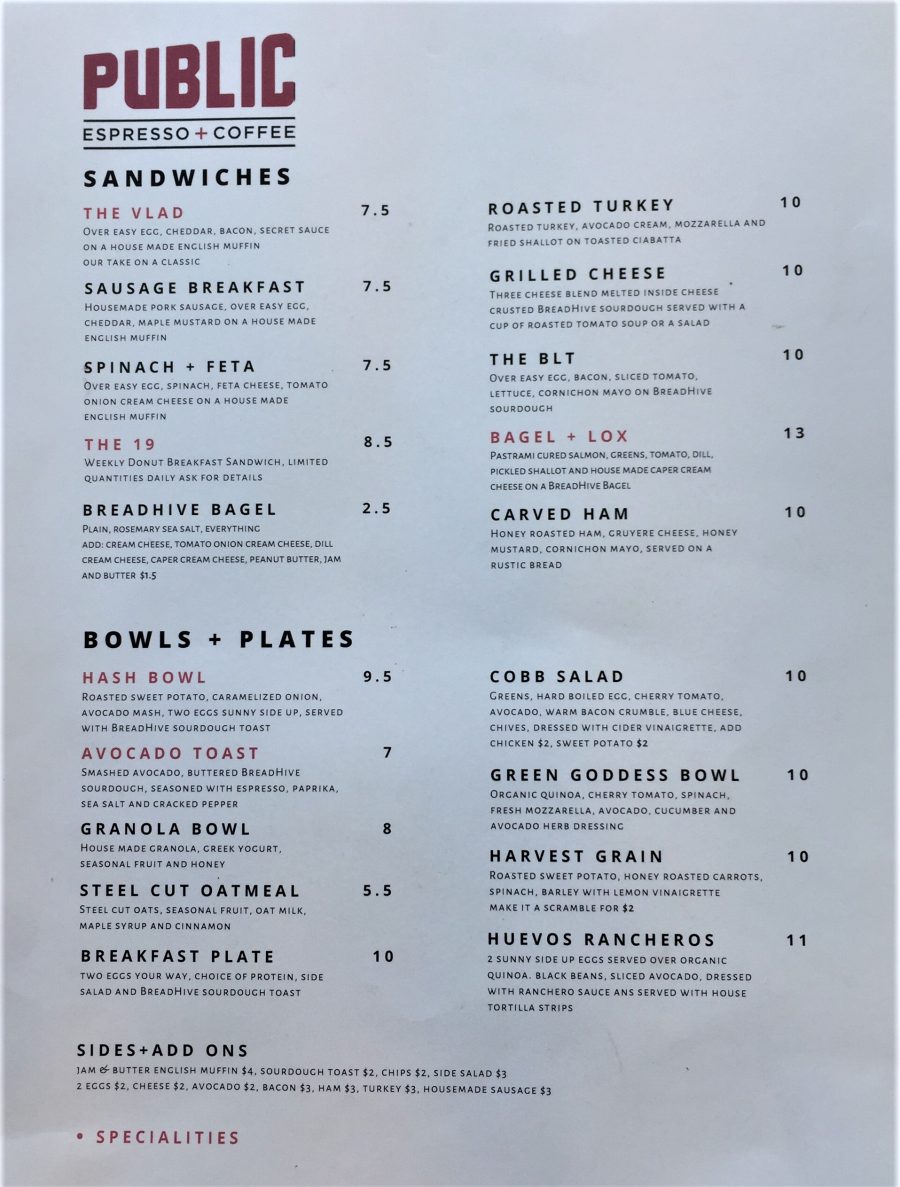