As more filmmakers come to the Buffalo area to make movies, people are naturally curious about when they can see the film on the big screen.

For at least five movies shot locally over the past two years, that answer is now.

The 13th annual Buffalo International Film Festival, running Oct. 10 to 14 in the North Park Theatre (1428 Hertel Ave.), is showing multiple films with a local connection from the first night's screening of “Malaisia” at 10 p.m. Oct. 10, and continuing to the closing night presentation on Oct. 14 of the police drama “Crown Vic” – both were made in Buffalo.

BIFF will screen more than 120 films, shorts and webisodes from 23 countries and at least 120 film representatives in attendance to introduce movies and participate in question and answer sessions. Tickets are available for individual screenings ($12) and for the full festival ($44.99). Additionally, events will be held in Hallwalls, Squeaky Wheel, Burchfield Penney and Hostel Buffalo-Niagara. Visit buffalofilm.org for the full list of screenings.

Here’s a look at some of the Buffalo-made films (in alphabetical order); all are being shown in the North Park.

“Clover.” Director Jon Abrahams returns with this film about two brothers who go on the run to protect a teenager who witnessed a murder. Directed by and starring Abrahams, who previously filmed “Two for One” here in 2015. Also starring Erika Christensen, Mark Webber and Chazz Palminteri. Time: 9:45 p.m. Oct. 12. Abrahams will take part in a Q&A after the screening. 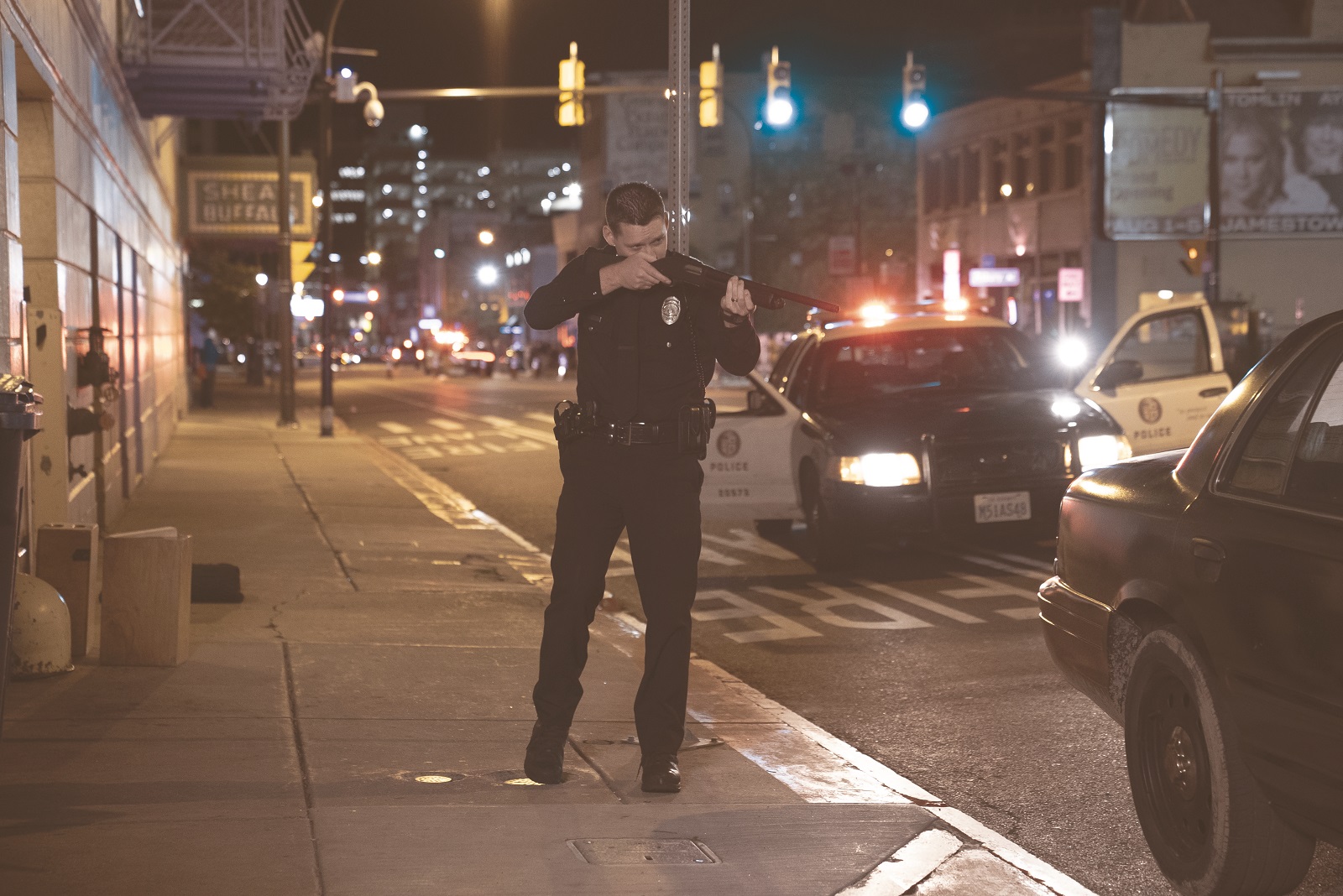 Shea's Buffalo Theatre is seen in the background of this scene from the feature film "Crown Vic." Pictured is Luke Kleintank, starring as rookie police officer Nick Holland. (Photo courtesy of Phil Caruso)

From Lockport to Hollywood, Mac Cappuccino chases his dream

Also, several movies with a Buffalo connection will be screened.

“Buffaloed.” Local writer Brian Sacca set his comedy in Buffalo about a hustler in over her head when she takes on a debt king. Starring Zoey Deutch; directed by Tanya Wexler. Time: 7 p.m. Oct. 13. Sacca will do a Q&A after the film.

“A Woman’s Work: The NFL’s Cheerleader Problem.” This acclaimed documentary by director Yu Gu looks at the battle for fair wages and workplace equality. Includes interviews with former Buffalo Jill Maria Pinzone, who led a local lawsuit for fair compensation. Time: 7:30 p.m. Oct. 11. Gu will be in attendance.