One of the biggest frustrations in recruiting international soccer talent is predicting the transition to America. The prospect, who might have been comfortable with the style of play, physicality, language and culture of his or her home nation, often struggles for a few years - or simply never makes the adjustments - in the U.S. college soccer environment.

With five goals in 11 games - despite not starting until the Purple Eagles' fifth match - Almeida is tied for second in the Metro Atlantic Athletic Conference in scoring and has accounted for almost half of his team's 11 goals.

Several have been meaningful, too, as Niagara (4-6 overall, 2-0) is tied atop the MAAC with Manhattan, albeit after just two games. Tuesday's Battle of the Bridge against Canisius (7 p.m. at Demske Sports Complex) provides yet another test of Niagara's mettle.

TOUGHER THAN HE LOOKS

Almeida used the home opener against Northern Kentucky as his coming-out party; in the second overtime, the lanky 6'1 striker rose over a crowd of defenders to flick Matthew Krucko-Moeller's free kick neatly over the onrushing Norse goalkeeper, sparking a raucous pile in front of the NU faithful.

"We don't have the golden goals [in Portugal] like you guys have here, but it felt fantastic to score that," Almeida said. "I like to play in the air, I think it's a strength of mine. I like the headers."

In a rivalry match against St. Bonaventure, Almeida sparked a Niagara scoring frenzy when he out-leaped a defender and the goalkeeper off a set piece. His game-winner against Marist - perhaps the biggest gift of a goal he'll score in his life - was nevertheless the reward for pure hustle to get himself in position to capitalize. 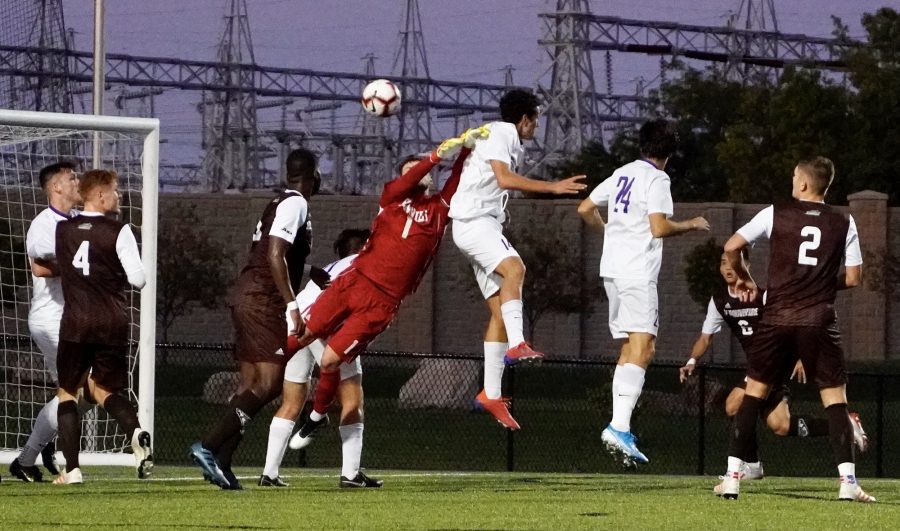 According to Jordan Acevedo, Niagara's junior captain and one of three starting center backs, a few qualities have helped Almeida make an immediate impact.

"What's impressed me most about Rodrigo so far is his confidence that I don't see often in freshmen, his fearlessness in taking on a player, his belief that he's better than any defender he comes up against," Acevedo said.

That brash approach isn't always accompanied by physical toughness, but Acevedo and fellow physical defenders Jacob Myer, Matthew Krucko-Moeller and Jayson Repine haven't been shy about knocking the import around during practice. 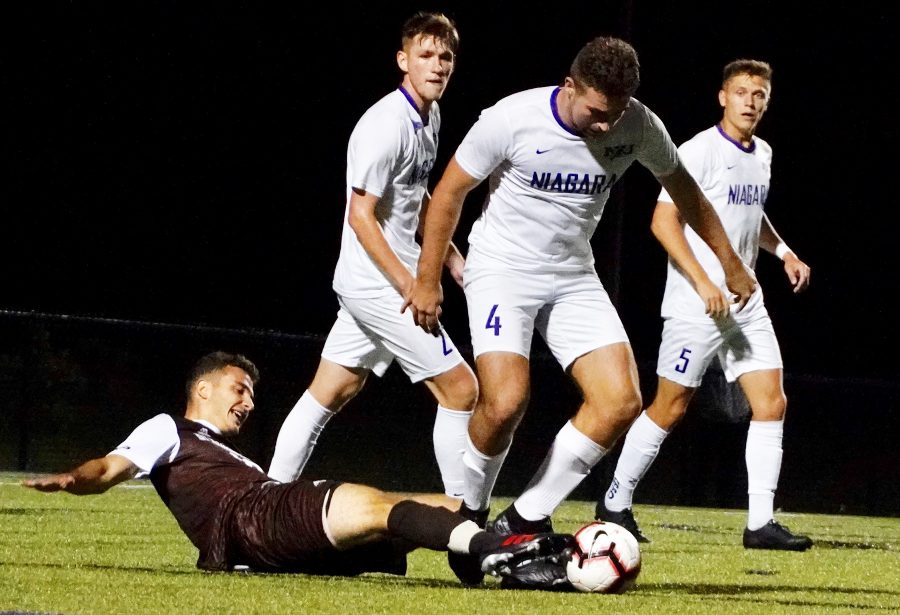 "From the first day of training I made sure he knew that college soccer is a physical game and I've tried to be as tough on him as possible when defending him," Acevedo explained.

Although he's shorter than a classic target striker and looks closer to 180 pounds than 200, Almeida is both stronger than he looks and deceptively long, allowing him to bounce off challenges or at least draw fouls.

"I get knocked down in games and in practice," Almeida agreed, with a shrug. "In practice we are aggressive with each other to get better."

The Portuguese freshman - who will admit he does miss home - quickly learned what was expected of him, thanks to his older teammates and veteran head coach Bill Boyle, and maturely embraced the challenge.

"[American soccer] is kind of a more physical game, more contact," Almeida said. "[At home], I always played on teams that like to play on the ground. I think we're trying to do that, but I think that's the emphasis of the NCAA, more physical, more athletic. The guys I play against now are big, the players in Europe are more technical."

Even Boyle was pleasantly surprised by his willingness to get up after being slung to the turf.

"I thought [the style of play] would bother him, but it doesn't bother him at all," the fourth-year NU coach said. "Sometimes that's the hardest transition for [Europeans]."

[Related: How Bona's Jaaziel Thompson went from Jamaica to Iowa to Olean] 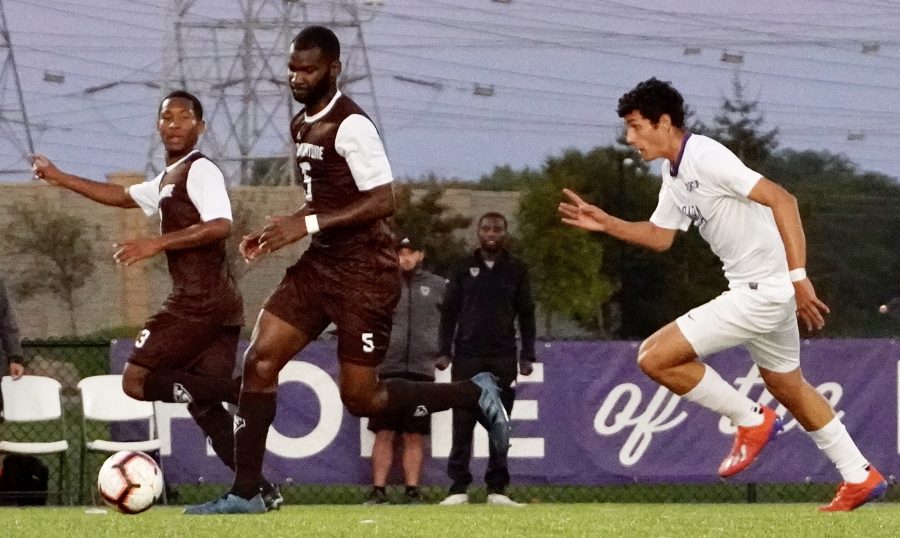 From a deeper dive into Almeida's background, however, perhaps his first-year explosion isn't altogether surprising. Rodrigo's father is U-21 Portugal men's national soccer team assistant coach Romeu Almeida, who went by just "Romeu" in the nine years he spent in the Portuguese top tier and two caps he earned with the full men's national team.

The Portuguese connections - and big-time European soccer influence - run even deeper in Niagara's roster. Sophomore Luigi Boa Morte, a versatile reserve, is the son of Everton assistant manager Luis Boa Morte, a Portugal native who spent much of his playing career in the English Premier League with Fulham and West Ham.

The younger Almeida, born in Lisbon and groomed through nearby academies at Benfica, Beleneses and Linda-a-Velha, was born roughly 15 minutes from Boa Morte, a Rio de Mouro native. Niagara junior transfer Rafael Freitas, the starting defensive center midfielder, was born in Barreiro - across the Tagus River from his 'mates, but was educated in Lisbon.

The trio is a long way from home - 13 hours by plane, roughly - and here, unlike at home, few people know who they are.

Boyle's own recruiting ambition proved vital in these signings; it was far from an impersonal connection with a recruiting agency and a request for whomever they had.

From the United Soccer Coaches Convention in Philadelphia, just after the draft, the Niagara head coach called Next Level Sports - the Portuguese agency that connected Moutinho with powerhouse Akron University for one season, established a relationship and trusted them in accepting Boa Morte to Niagara Falls.

In February, Boyle flew to Portugal on his own, and perhaps thanks to the relationships he fostered, was escorted by Next Level to showcases to scout the country's top talent. 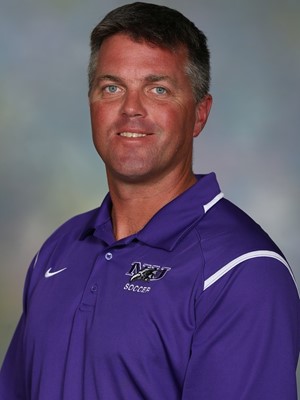 Bill Boyle is in his fourth season as Niagara head coach. (via Niagara Athletics)

Many of the top Portuguese high-school aged players were on the professional track, which meant they were untouchable for Boyle, but others with more uncertain pro futures - like Almeida - were more available.

At the showcases, it was Almeida who stuck out to Boyle as a "long, hard-to-figure-out guy" with above-average soccer smarts. His skinny frame worried the Niagara coach slightly - "will he be able to handle the contact of the American game?" - but more interaction soon sold him.

Almeida, especially, was impressed Boyle made the trek to Lisbon, and the head coach - reminiscing about the bacalhau (salted cod) he shared with Almeida's family - was reassured he was dealing with quality people, too.

Thanks to Romeu's place in the Portuguese national team coaching hierarchy, Boyle was even given a tour of sparkling Football City, the immaculate Portugal national headquarters, and saw Cristiano Ronaldo's locker.

Boyle has certainly reaped the rewards of a slow shift in player development in Portugal, as better caliber talent is being allowed to explore U.S. colleges.

"The thought [for a long time] was pro, pro, pro, but now teams like Sporting [Lisbon] are going, 'Hey, we don't have to keep this player and pay him 2,000 euros to live. He can go get his education, it's better for him, and if he ends up being good enough, he'll still be [there for us] in four years.'" 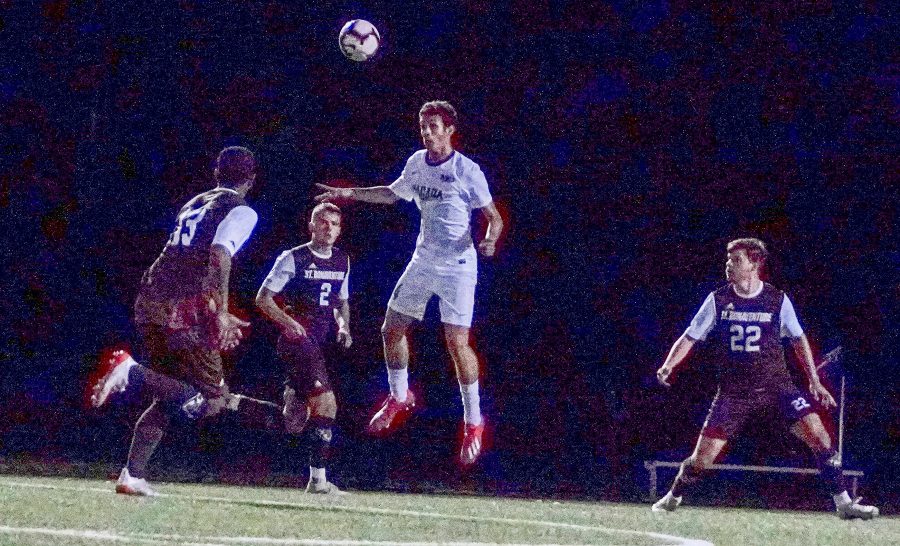 And, at least so far, the Portuguese recruits have proven tougher than anticipated, approaching Boyle's style - and the MAAC's - with an open mind and gratitude to their teammates who, to their credit, have eased the adjustment.

"It's different football than in Europe, but my teammates have been great and they've helped me adapt to this game," Almeida summed. "My goals are a team effort. The goals are not for me, they're for the team. Not for a freshman, but for the Niagara Purple Eagles."