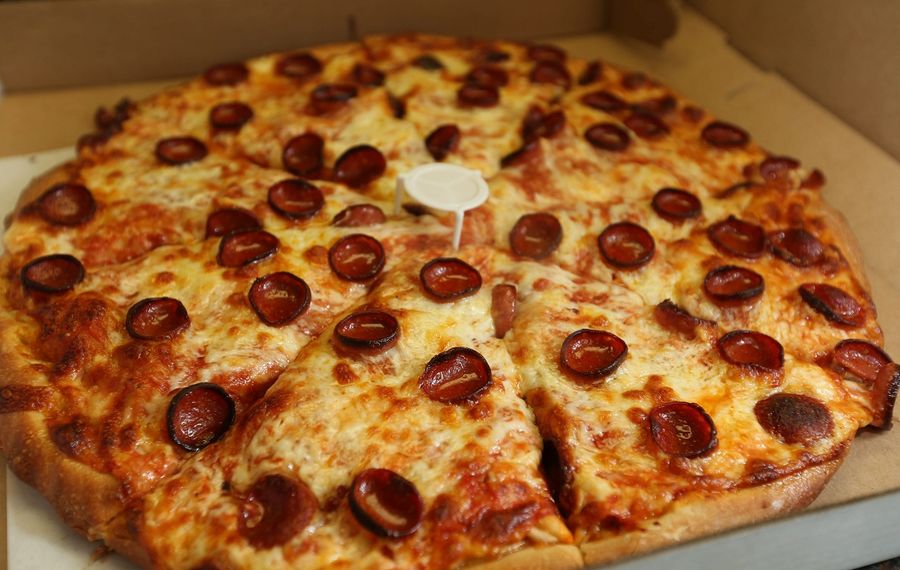 After a brief mental review of our longstanding relationship, I did not smite him for his profane wickedness.

Instead, I chose the path of education. Surely he was not the only one who would question the The Buffalo News’ decision to run @SexySlices’ search for the greatest pizza in Buffalo.

Talking to people in Buffalo about great pizza can be like talking to fish about water. Have you ever lived outside of Western New York? I asked.

No, he replied. I sighed.

It’s difficult to explain the importance of something you’ve never missed.

The expats know. Why do La Nova and Bocce routinely load racks of half-baked pies into FedEx trucks, labeled for addresses in Sarasota, Phoenix, Las Vegas, Pasadena? Why can restaurateurs in Arizona and North Carolina and Florida make a living by promising to make it “just like they do in Buffalo?”

To leave the circle of Buffalo pizza is to have it hammered home, pie after pie, that not all pizza is created equal.

Have you ever spent years forced to regularly confront the bitter, no-win decision between Pizza Hut, and no pizza at all?

You give in, you order, it arrives, you lift the lid. You start cursing: First your straitened circumstances that have forced your life out of the Bocce-Imperial-La Nova delivery radii. Then your weakness for giving in and ordering a pizza, for casting the words “large pepperoni pizza” on uncaring ears, even though you knew each of those words was essentially a lie.

Large? The first time I ordered a large pizza in New Hampshire, having left for my first post-college job, the box the counterman handed me was suspiciously light. Then I opened the box, to find a diminutive dough disc with pale edges. I didn’t remember medium being an option.

No, that’s the large, the man said. I noted patches of crimson sauce showing through the mozzarella. There was no diet pizza option offered on the menu, either. I watched more pies go into boxes behind the counter, and learned the United States of America is so vast it includes people who accept pizzas with sauce glaring through the cheese, blithely, instead of treating them as warning signs, like steel belting showing on a car tire.

Pepperoni? I peeled a slice off. It was tissue-paper thin. Put it on a window and light would shine through, like greasy stained glass. This was the sort of pepperoni-lite you encounter with regularity in the pizza hinterlands, a sort of small-caliber salami without bite, heft, cup or char. They call it pepperoni: I say baloney.

There will be criticism of the decision to have Mr. Slices focus on the pepperoni pizza exclusively, but pepperoni pizza is by far the predominant strain. I would argue that from the fine points of a splendid pepperoni pie, one may extrapolate the general mastery of pizza-making in all its forms and splendors. Our intrepid scout’s task will be challenging enough without trying to correct for cross-species variances.

Why have a pepperoni pizza review? This is the simplest answer: This is Buffalo.

How one anonymous man made reviewing Buffalo pizza his mission