Why have milk with your cereal when you can have it with … beer?

Cereal, or breakfast beers, including Cinnamon Toast Crunch Ale and Cocoa Puffs Porter, are a popular trend at RiverWorks (359 Ganson St.) where they are created by Chris Herr, the head brewer at the Pearl Street Family of Properties.

The latest in the series is the Raisin Bran Belgian Dubbel, was just brewed in-house like all beer on draft at RiverWorks. (The brewery is located in the giant six-pack on RiverWorks property.) It comes in 10-ounce pours ($4.50) and pints ($6.50).

“My buddy and I talked about wanting to make a French toast beer almost 12 years ago when I was actually still a home brewer,” Herr said. “Being so close to the silos, we were inspired to try a cereal beer with a warmer winter holiday ale that commonly used cinnamon.” 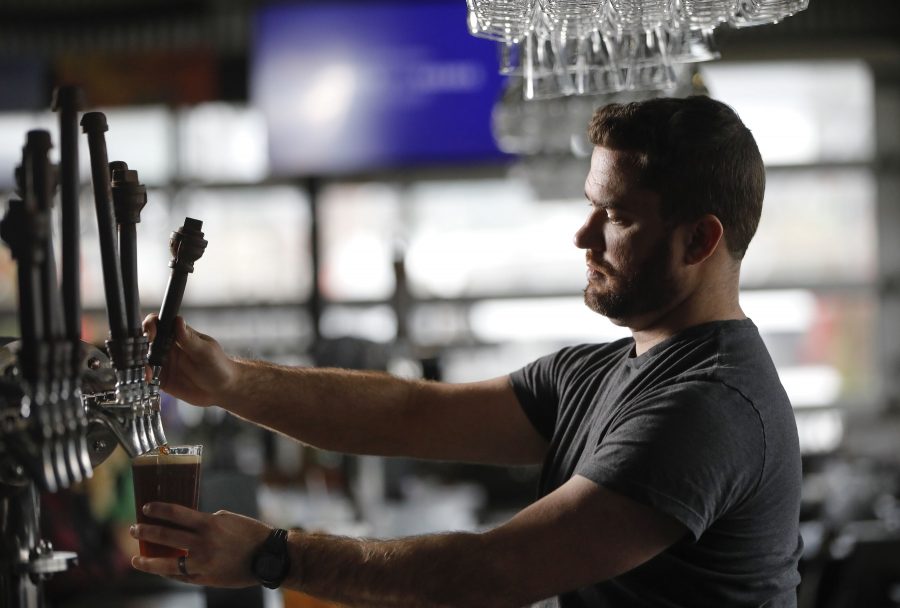 The first cereal beer was the Cinnamon Toast Crunch Ale, which was brewed nearly a year ago. The 9.3% ABV imperial cinnamon ale was so popular that two days after it was released, a customer bought four growlers. "People loved it," Herr said.

Herr then collaborated with his friend Karl Kolbe, head brewer of Pressure Drop Brewing, to create the Cocoa Puffs Porter. Brewed with plenty of Cocoa Puffs, this imperial cream porter was made with lactose then aged on cocoa nibs for an extra chocolatey taste. With the lactose being a nonfermentable sugar, it enhances the flavor for a full body sweet, creamy taste.

[Related: RiverWorks offers one of best brewery patios in Buffalo]

The Froot Loops Sour, the third in the cereal series, was inspired by people calling in to ask if RiverWorks carried a fruited sour for the summer. 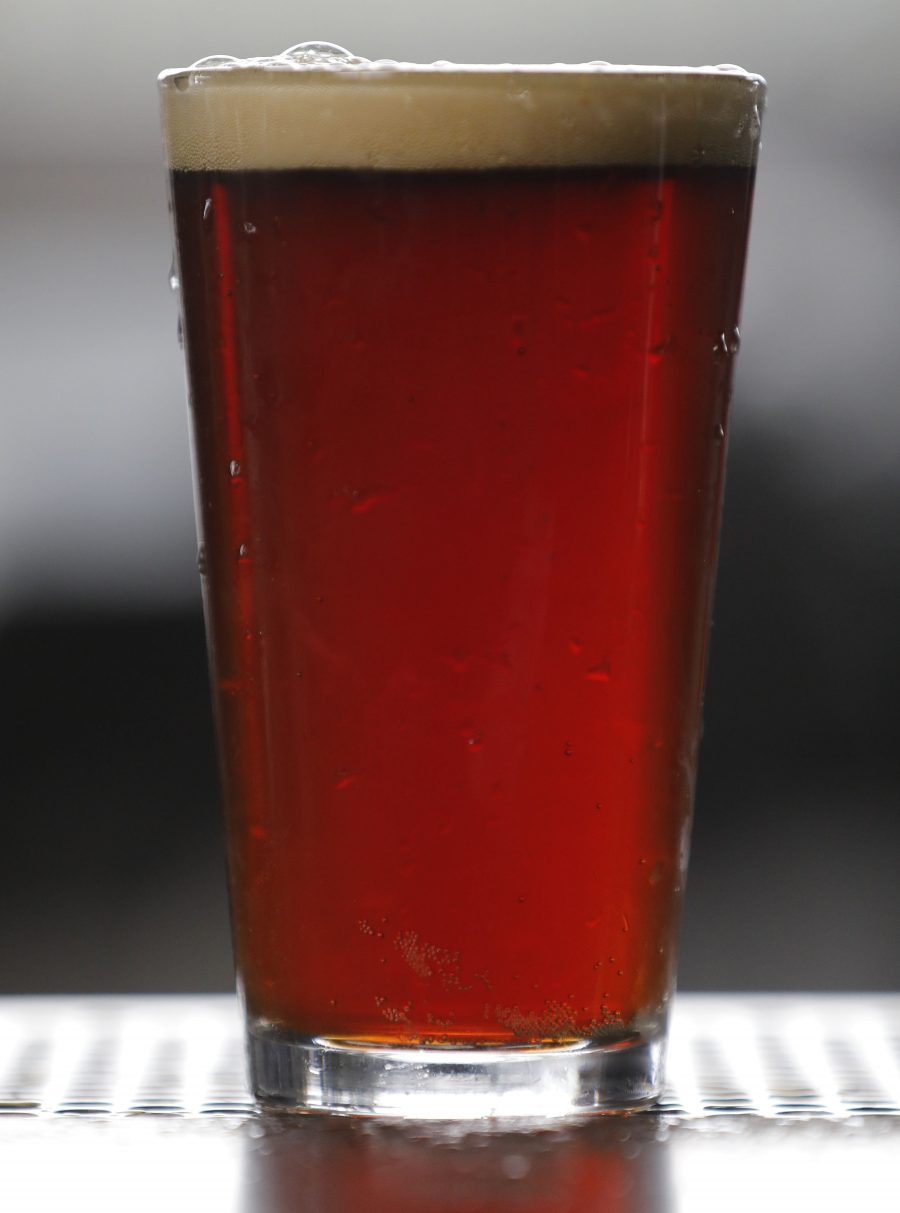 “The beer was brewed with plenty of Froot Loops cereal, but I added corn and more raspberry, blood orange and cherry purée to the brewing process because those are the three primary flavors in Froot Loops,” Herr said. “I wanted the fruity flavors to really stand out.”

The Froot Loops in the mash gives the beer a pinkish color which Herr said attracts customers. "They don't know what it is, but they see the color and want it. I had to do two batches."

It needed some tweaking after the first round. The beer was lacking a candy finish and people wanted more of a balance of sweet fruity flavors and sour. Tasters felt like it was not sour enough.

When you look at Froot Loops, they almost have a kind of white candy coating and Herr was looking to bring that to the beer. Corn can solve that by balancing the flavors and adding a starchy sweetness for a clean finish.

As I took the first sip of the bright pink sour, I immediately got hit with those fruity notes of orange, raspberry and cherry with a slight acidic kick.

Next up could be the return of the popular Cinnamon Toast Crunch Ale for winter. In the meantime, customers continue to offer options for future cereal beers, Herr said. "Everyone has a favorite cereal." 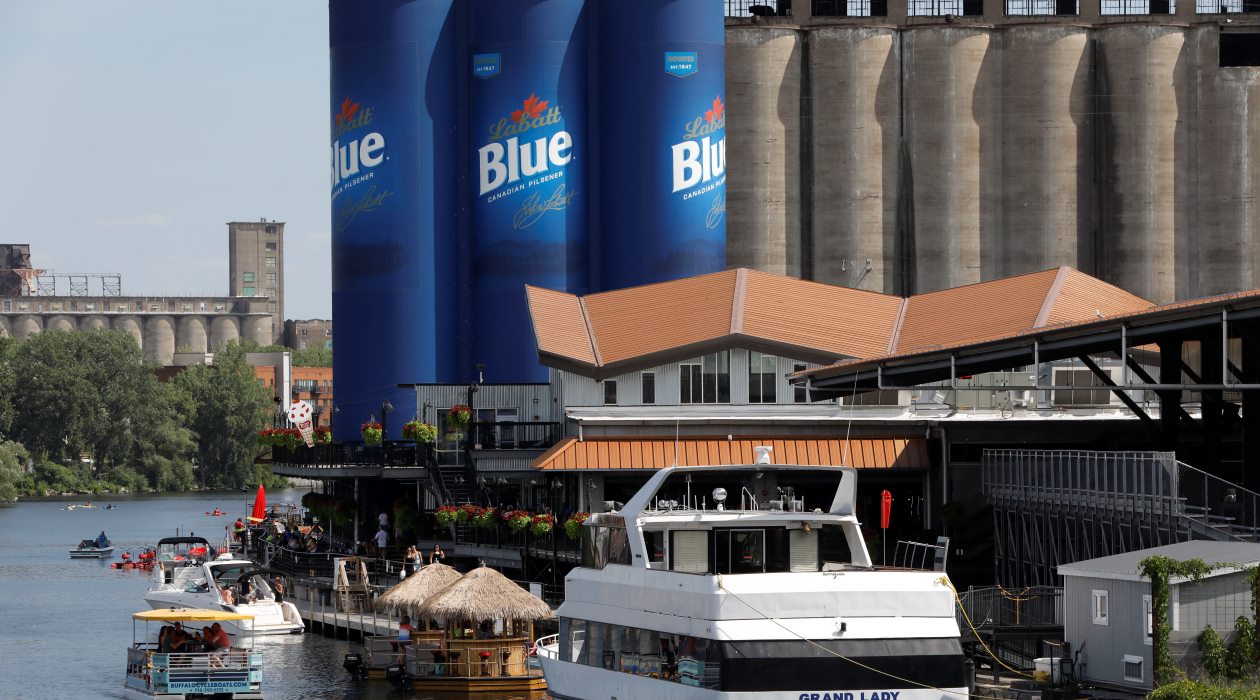 A look from a distance at Buffalo RiverWorks. (Derek Gee/Buffalo News)