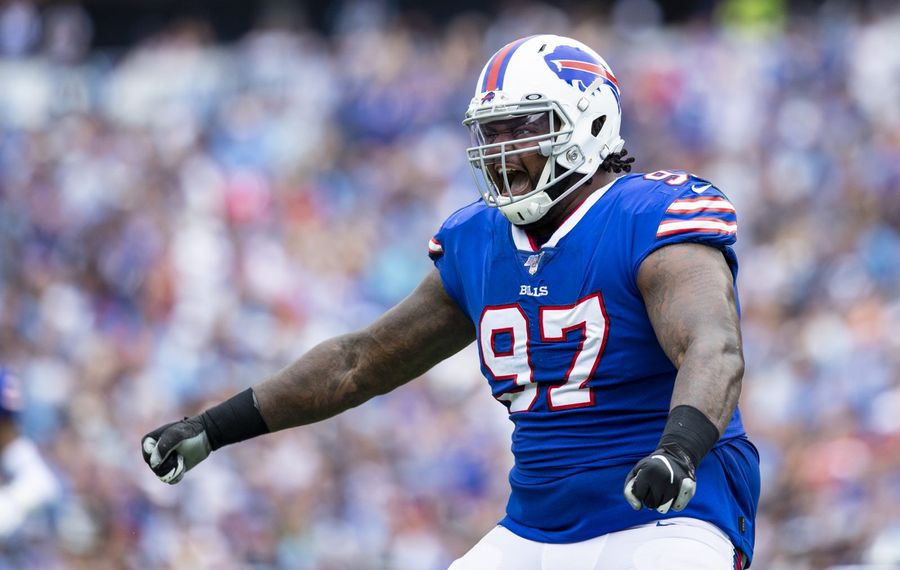 There is apparently no love lost between Tennessee Titans left tackle Taylor Lewan and two members of the Buffalo Bills' defensive line.

Defensive end Shaq Lawson and defensive tackle Jordan Phillips have both gone back and forth Monday with Lewan on Twitter, a day after the Bills' 14-7 victory over Tennessee.

It started with Lewan posting a Google search of "Shaq Lawson stats," his way of proving Lawson is a "bust" as a first-round pick.

We won't post Lawson's response on this family-friendly website, but to paraphrase, it said "still was whooping your (butt) all game."

Lawson followed that up by repeating an insult he first said about Lewan to ESPN reporter Marcel Louis-Jacques after Sunday's game, when he called the Titans' tackle a "fake tough guy."

Lol hope u in az during the offseason tough guy

Phillips then hopped into the mix, offering up the following:

That's a reference to Lewan missing the first four games of this season due to an NFL suspension for a violation of the league's performance-enhancing drug policy. Phillips was just getting started. He followed that up with this ...

Lewan, who is 0-3 in his career against the Bills, was called for a pair of penalties Sunday, including one on the first play from scrimmage that erased a 26-yard completion. Phillips had a career-high three sacks.

The two teams could play again as soon as next season, depending on where each finishes in its respective division. If the finish isn't the same, the Bills and Titans will meet again in 2021.