Darlene Cooley knew it was a long shot. She went looking for a safe deposit box last month, a few weeks after learning the Army had identified the remains of a 21-year-old uncle she never knew, a sergeant killed in the Korean War amid a chaotic whirlwind of courage and horror at the Chosin Reservoir.

Cooley's grandmother, Margaret Briggs, prayed for news about her son until she died years ago, which gave the announcement aching immediacy for her surviving children. Gerald B. Raeymacker, known as “Gerry” during his Dunkirk childhood, was reported missing in action on Dec. 6, 1950, almost 70 years ago.

In 2011, Cooley brought home the safe deposit box after the death of her own mother, Luella Briggs. It was filled  with a lifetime of family documents, and Cooley – who had never really gone through the whole thing – wondered if she might discover something linked to her uncle in the pile.

In August, she struck gold. At the absolute bottom, addressed to her parents, was a letter Gerry wrote from Japan on Christmas Eve, 1949, six months before the war began.

To Cooley's shock, he mentioned her name.

In a framed image that she and her husband, Stephen, keep in their living room, Gerry wears a wide smile and a haircut, almost a fade, of the kind a teen might wear today. His siblings believe the photo was taken about two years before Gerry arrived at Chosin with the 31st Regimental Combat Team, part of what came to be known as Task Force Faith – named for Don Faith, an officer who died while commanding it and earned a posthumous Medal of Honor.

Wearing summer fatigues in subzero temperatures, short on ammunition and with no hope of reinforcement, thousands of young soldiers were overrun in bitter darkness, targets of a surprise attack by Chinese forces.

About 1,000 men – a third of the task force – were dead, missing or captured after the assault. All told, about 2,500 soldiers and Marines were killed at Chosin while more than 12,000 were wounded or suffered frostbite, followed by thousands of casualties during a breakout retreat that remains a military legend.

"The mission after the initial attack was survival," said Ted Barker, a military historian and administrator for the Korean War Project.

Gerry Raeymacker died near the reservoir, then was identified as missing by a last name he did not use in his hometown. His father, Felix Raeymacker, was killed by a workplace fall in Pennsylvania when Gerry was an infant. His widowed mother, Margaret, was eventually remarried to Arthur Briggs of Dunkirk, and her three boys all took on that new last name.

Yet the Army gave Gerry his legal identification. Almost 70 years later, the name in the international spotlight is Raeymacker, now that Gerry is coming home. 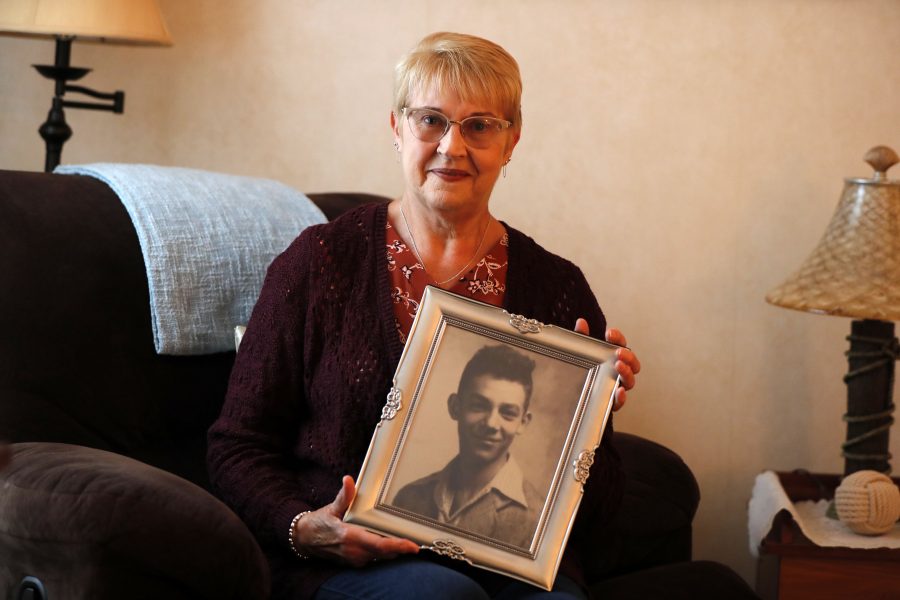 Darlene Cooley with the image of her uncle she keeps in her living room. (Mark Mulville/The Buffalo News)

Korean War scholars speak of what American troops endured at Chosin as a nightmare that led into an against-the-odds escape. Charmaine Francois-Griffith of Colorado, who is deeply involved in the Army chapter of the Chosin Few – a group dedicated to veterans of that campaign – said her late father, also of the 31st RTC, spent 30 months afterward as a prisoner of war.

The sacrifice endured by that regiment and so many others, she said, helped buy enough time for thousands to find a desperate way out of the trap.

“You’ve got to understand, those guys east of Chosin were forming a brand-new task force in the middle of the night,” said Brian Iglesias, a Marine combat veteran of Iraq and a filmmaker who created a documentary about the battle.

“They didn’t have time to set their defenses,” Iglesias said. “They couldn’t tell who anybody was or where anybody was and no one saw the Chinese attack coming. They thought they would have a chance to sort it out tomorrow, and tomorrow never came.”

For the families of the missing, there was not even the closure of a funeral.

In 2018, after a summit between President Trump and North Korean leader Kim Jong-un, the North Koreans turned over 55 boxes of remains to the Americans. Michael Mee, chief of identifications for the Army's Past Conflict Repatriations Branch, said two sets of remains – those of Gerry and Army Cpl. Jerry M. Garrison, another casualty at Chosin – received positive DNA matches last month.

Cooley said Gerry had nine siblings, though five have died over the years. A younger sister, Kareen Briggs Simmons, now of Florida, has an especially vivid childhood memory of Gerry, how he once picked up a couple of snakes in the yard and ran after her with, well, the kind of smile he wears in the photo.

From the day she learned her son was missing until the day she died, Margaret Briggs would not speak of Gerry in the past tense, a discipline her children and grandchildren continued. “She always believed he would come home,” said Kareen, recalling her mother's lasting wish.

If Gerry’s body someday was sent back, she wanted him buried at her side in Dunkirk’s Willowbrook Park Cemetery.

The family can finally honor that request.

On Oct. 17, the Army expects to fly his remains into Buffalo Niagara International Airport. The 50-mile journey to Dunkirk will involve a formal military escort, and a funeral Mass and burial will happen two days later, both open to the public.

Kareen has volunteered to offer the eulogy for her brother, born 90 years ago. She remembers how her mother prayed each day for Gerry’s return, prayers Kareen continued every morning.

Cooley hopes the tale provides a spark of hope to thousands of families still on vigil for similar news from North Korea, a wait shared by Madylon Kubera, a former mayor of Dunkirk. 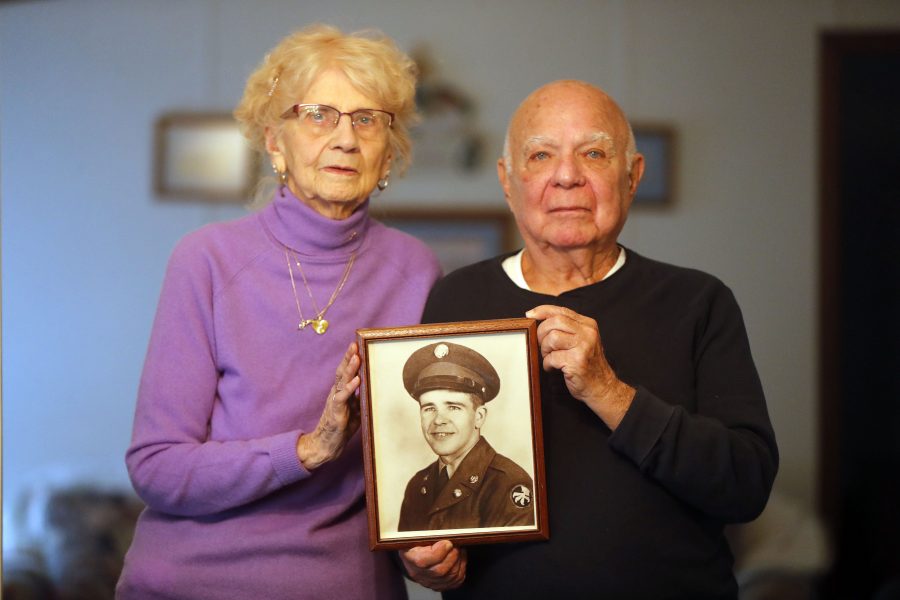 Madylon and Fritz Kubera of Fredonia with a photo of Madylon's brother, Jack Mathers, still missing in North Korea. "I still have hope every day when I walk by Jack’s picture” that his remains will be found, she said. (Mark Mulville/Buffalo News)

Her brother, Jack Mathers, went missing in action about a week before Gerry was killed, and the idea that another young man from Dunkirk is finally coming home only reinforces Kubera’s faith.

“I’m very happy for them,” Kubera said of the Briggs family, “and I still have hope every day when I walk by Jack’s picture.”

As for Cooley, only a few months old when her uncle died, she is the oldest grandchild of the Briggs clan to still live in Dunkirk - and she volunteered to serve as a family contact after Gerry was identified.

That 1949 letter to her parents offered a flash of a teasing personality. Gerry reflected wistfully about the news that one of his brothers bagged a deer while hunting. He cheerfully scolded his siblings for not asking him to contribute to an unnamed Christmas gift they collectively bought for their mother.

In the line that stunned Darlene, Gerry wrote: “You could have sent me a picture of Butch (the nickname for her older brother) and Darlene to put in my album.”

On the far side of the world, less than a year before he died, the uncle she never met was thinking about her.

Kareen said her eulogy will emphasize one point: She remembers her brother as a happy guy with a relentless sense of humor, and she and her siblings see his homecoming as a reverent celebration. Their mother went to her grave without one great dream fulfilled, and it becomes the last and highest gift her children can provide.

“She always believed he’d come home someday,” Kareen said, “and we’ve got it.”