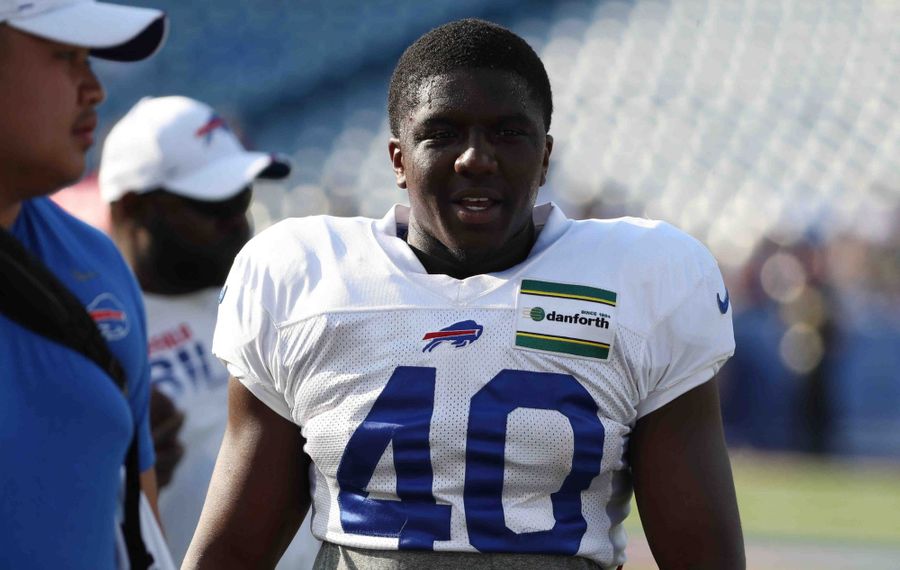 NASHVILLE – The Buffalo Bills will be without running back Devin Singletary for a third straight game.

Singletary is on the list of inactive players for Sunday's game against the Tennessee Titans due to a hamstring injury he suffered in Week 2. Coach Sean McDermott had previously said Singletary was "close" to being able to play in Week 4 against the Patriots, but with a bye week coming after the game against Tennessee, the team has elected to play it safe with its promising rookie.

Slot cornerback Taron Johnson will miss a fourth straight game because of a hamstring injury.

Right tackle Ty Nsekhe is also inactive because of an ankle injury. Rookie Cody Ford, who has rotated with Nsekhe the first four games, will start.

Also out for the Bills is wide receiver Robert Foster, who is dealing with a groin injury. Tight end Tyler Kroft (ankle) and linebacker Corey Thompson (ankle) are also out because of injuries. The only healthy inactive for the Bills is guard Ike Boettger.