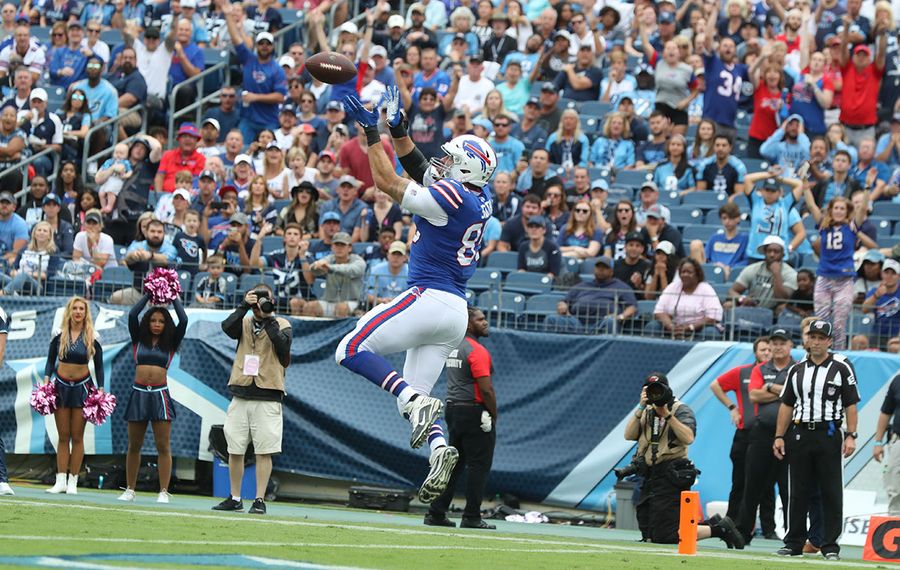 NASHVILLE, Tenn. – Here are my hot reads from the Buffalo Bills' 14-7 victory against the Tennessee Titans Sunday at Nissan Stadium:

It won't get much in the way of style points, but that doesn't matter.

This was a critical win for a team with legitimate playoff hopes. At 4-1 and 3-0 on the road, the Bills enter their bye in good shape, given a schedule that seemingly favors their chances of playing games that matter late in the year.

The game also was a coming-out party for a new weapon, fan favorite Duke Williams, who was activated from the practice squad Saturday. He caught four passes for 29 yards and the game-winning touchdown, from seven yards, with 9:46 left in the fourth quarter.

The Bills did leave town with a long list of injuries to key players – including head injuries to offensive tackle Cody Ford and defensive end Trent Murphy, an ankle injury to center Mitch Morse and a hamstring injury to linebacker Matt Milano – but the bye provides a chance for extra healing.

Jordan Phillips had three sacks for minus-23 yards, all in the first half.

Darryl Johnson added to the miserable day for Titans kicker Cairo Santos by blocking his 33-yard field-goal attempt with 12:23 left on the clock. That gave Santos four misses for the game.

Before leaving the game, Ford was called for holding to wipe out a 10-yard run by Frank Gore late in the third quarter.

A holding penalty on Matt Milano turned what would have been a third-and-long deep in Titans territory into a first down at the Tennessee 20 late in the third quarter.

The Bills getting penalized for an illegal shift on third-and-1 from the Bills' 39 with 10:40 left in the third quarter. On the next play, Allen threw an interception that safety Kevin Byard, who returned it to the Buffalo 38.

Overall, the Bills were penalized 11 times for 78 yards.

The Bills get some down time with their bye week. They don't play again until Oct. 20 when they face the Miami Dolphins at New Era Field.