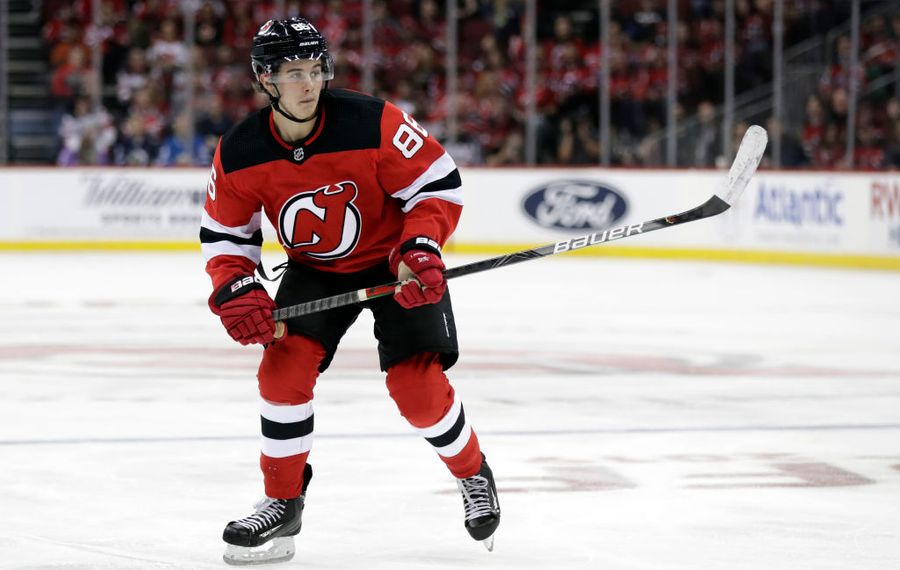 Hughes return: Jack Hughes was the star attraction when the scouting combine was held in LECOM Harborcenter back in May. The 18-year-old center was drafted first overall by the Devils in June, returned to Buffalo for the Prospects Challenge and had a strong preseason.

Hughes finally made his regular-season debut Thursday against the Winnipeg Jets and recorded one shot on goal in 15:12 of ice time. He wasn't the Devils' only prominent offseason addition, either. They acquired defenseman P.K. Subban and winger Nikita Gusev in trades, and signed winger Wayne Simmonds.

Sabres coach Ralph Krueger has history with Devils star winger Taylor Hall. Krueger coached Hall for three seasons in Edmonton (2010-13) and, according to former Oilers, had a strong impact on the team's young core. According to Sabres assistant coach Steve Smith, who was also on the staff in Edmonton, players such as Hall and Ryan Nugent-Hopkins had their development slow because of Krueger's firing.

"I really felt that team was on the right track at that point," Smith said of the 2012-13 Oilers. "We were in it until the last four or five games of the season, which wasn’t expected. I thought some of those young players that had difficult starts to their careers – Taylor Hall, Jordan Eberle and these kids – were really starting to come at that point in time. I think after Ralph left they lost a little bit of traction. He was really good for them. They’ve obviously built great careers since then, but it took them a little longer than it might have had he been able to stay."

Sabres' lineup: Krueger does not plan to hold morning skates at KeyBank Center this season. Instead, the Sabres met as a team and had availability for the media. Krueger would not say if his lineup will be the same, but he did not make any changes during practice Friday:

Sabres’ lines during practice are the same as last night:

New system: The Sabres played one of their better defensive games in recent memory Thursday in Pittsburgh. Sidney Crosby was held to one shot on goal. Jake Guentzel had zero. The Penguins seemed overwhelmed by Buffalo's pressure on the puck and couldn't find enough space to create scoring chances.

The Sabres didn't appear to be chasing the puck. There was structure and any mistake by a defenseman was cleaned up by a teammate. Additionally, forwards did not allow the Penguins' defensemen to step up in the offensive zone. Krueger would not provide any details about the system he implemented, though his players have mentioned there are more zone concepts as opposed to man-to-man.

Sure, it's the regular season, but the progress is notable. The Sabres seem to be grasping, and embracing, a new system. Even Rasmus Ristolainen had one of his best defensive games in some time. They'll face a difficult test against New Jersey, which scored four goals in 33:52. The Jets scored four consecutive goals to tie the score and won, 5-4, in a shootout.

Krueger and his staff planned to study the "nuances" of the Devils' game but the focus is on having the Sabres continue to execute their defensive-zone structure.

"We have some nuances in there that we’ll keep secret but the general concept has to do with pressure and taking away that space and that time they’d like to have," Krueger said. "How we get there we’ll keep to ourselves, but more than anything it’s about that. They just couldn’t find a way to open our defensive structure, which is the core, really, of our game and our offense grows out of that."

Devils' lineup: The Devils will not hold a morning skate in Buffalo since this is their second game of a back-to-back. Goalie Mackenzie Blackwood is expected to start against the Sabres after he replaced Cory Schneider in the third period Friday night. Schneider left the game because of cramps but will be available to play tonight.

Here is how the Devils lined up against the Jets on Friday:

Lineup for #NJDevils versus Winnipeg: pic.twitter.com/tuQnjYQEo6