Ownership changes are fraught with peril for restaurants. Even if the transaction is prompted by factors other than slumping cash flow, the transition can disrupt systems and working habits polished over years of trial and error.

The risk is especially high for a place with hands-on founders, those who lead the kitchen and dining room staff from the front lines. Whether through their personality, finesse or sheer will, too often the original operators turn out to be essential ingredients.

Thus my concern approaching Rick’s on Main, which has been holding down the high-end end of the dining market on East Aurora’s Main Street since 2005. 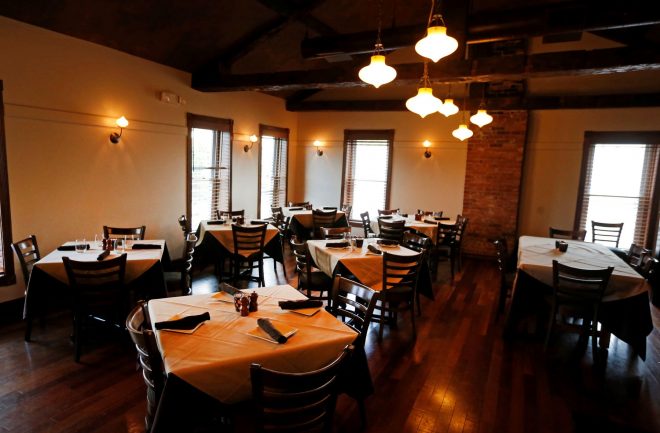 In February, founders Rick and Cathy Pohlman sold the place to new owners, including Michael Perillo and Michael Chiari, who are general managers. Chef Chris Gibney, who worked alongside Rick Pohlman in the kitchen for more than a decade, was no longer behind the swinging doors at 637 E. Main St.

Some of the dinner servers remain, including the veteran who took care of our table. Her friendly approach, backed up with encyclopedic knowledge of the menu, helped us relax into our evening. Ordering at high-priced places can be unnerving, because the cost of misordering is so dear.

Despite the behind-the-scenes shift, what didn’t change at Rick’s on Main goes a long way toward explaining why I would never have guessed it was in new hands. The former house has been hollowed out and retrofitted to offer two levels of dining with picturesque nooks and crannies, an expansive patio and a cozy low-ceilinged bar with a television. 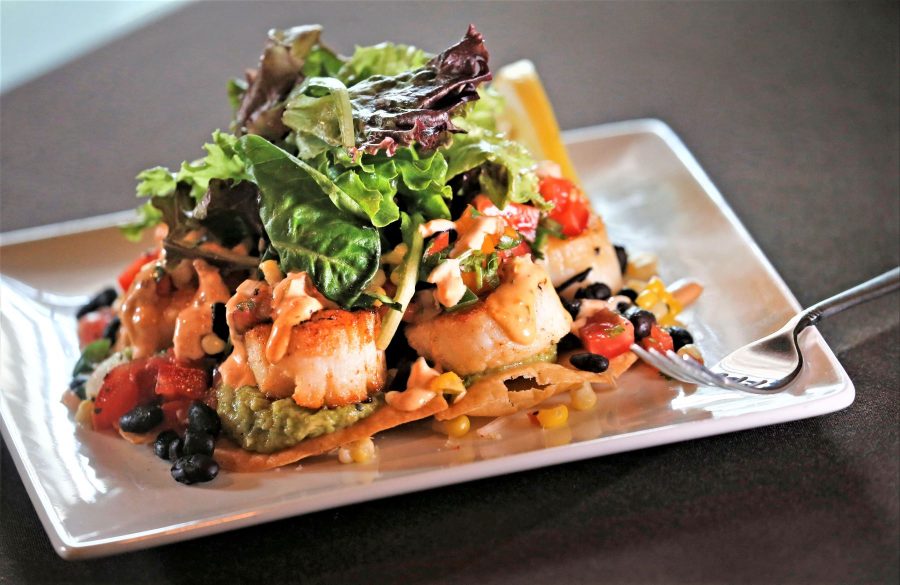 Dishes that have stood the test of time crown the menu. Scallop tostadas ($21.95) delivered the same Mexican seafood salad pleasures. A half-dozen jumbo scallops were seared and placed on freshly fried corn tortilla chips, adorned with guacamole, black beans and a coarse pico de gallo or tomato, onion and pepper. The ensemble was tarted up judiciously with smokily spicy chipotle mayonnaise, then hidden in a drift of dressed field greens.

Another old friend, the eggplant napoleon ($16.95), held up as well. Slices of eggplant, crumbed and fried, were interspersed with herbed chevre and other cheeses. The tower rests on a warm salad foundation of yellow and red bell peppers, spicier banana peppers, juicy sautéed grape tomatoes and briny Kalamata olives, studded with pancetta nuggets.

[Related: Look back at Galarneau's review when previous ownership was in place] 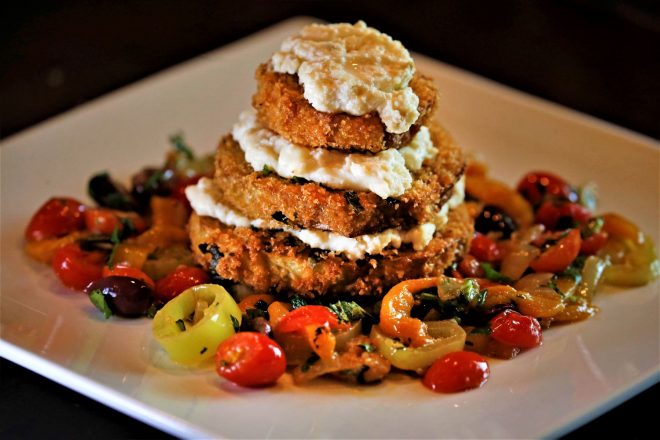 Sausage stuffed hot peppers ($15.95), four split yellow Hungarian chiles filled with cheese and sausage on chunky tomato sauce, was decent. The peppers were a bit al dente, while my preference is for chiles roasted until they’re almost creamy.

Our server arrived with handfuls of entrees to raffle off, which slightly undermined the air of refined country cool. Not a felony, certainly, but having customers claim their dinners like suitcases off a luggage belt is more appropriate to diners than a place that sells Chilean sea bass for $42.95.

That sum brought a well-cooked, though small, piece of fish, with a kicky lemon barbecue sauce that underscored smoky stickiness with citrus twang. German potato salad sported fresh skin-on potatoes, instead of the lumpy mashed potato versions, and was refreshingly understated in the vinegar department. 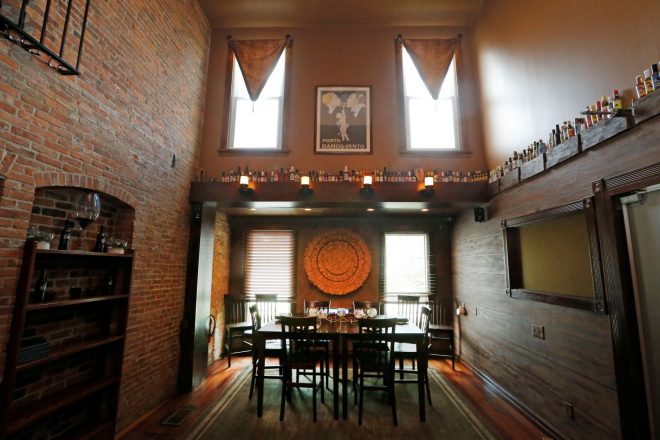 But beef left the biggest impression. Three cuts showed that Rick’s has kept its position as a premier Southtowns steakhouse. Hiring Executive Chef Michael Grenolds – a veteran of Morton's steakhouses in Cleveland, Detroit and Buffalo – has worked out. When it comes to presenting prize beef, this guy has chops.

A special of wagyu sirloin ($48.95), at 9 ounces, showed that size isn’t everything. Bathed in bourbon butter, the cut’s mineral richness made it more fulfilling than filling, interspersed with bites of Parmesan-crusted potatoes and Brussels sprouts tarted up with bacon bits. 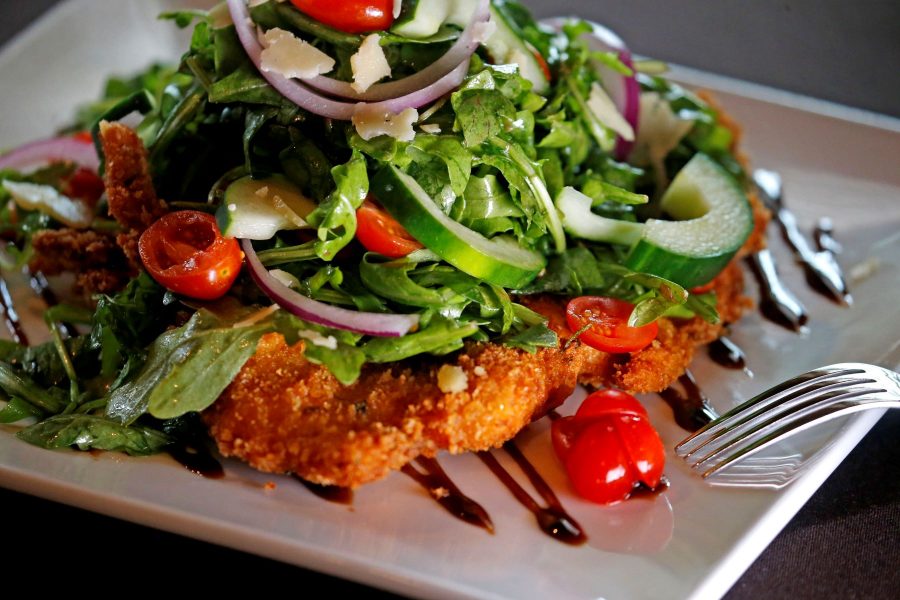 If you thrill to the idea of a steak arriving hanging off the plate fish-fry style, the cowboy steak is your huckleberry. The 24-ounce bone-in ribeye was grilled until its molasses-glazed exterior was frizzled into dark caramel crunch, yet the behemoth’s insides were medium rare as requested.

Potato croquettes of enhanced mashed potatoes were a savory upgrade from tater tots, shoestring onions more delicate than rings. Broccoli, often a guilty throw-in to get something green on the plate, had been grilled into a smoky delight.

Dinner here is pricier than everyday fare, to be sure, but the execution is consistent with the rare air of splurge meals. If you’re in the Southtowns and looking for a special occasion hunk of beef, overlooking Rick’s on Main would be a "misteak." 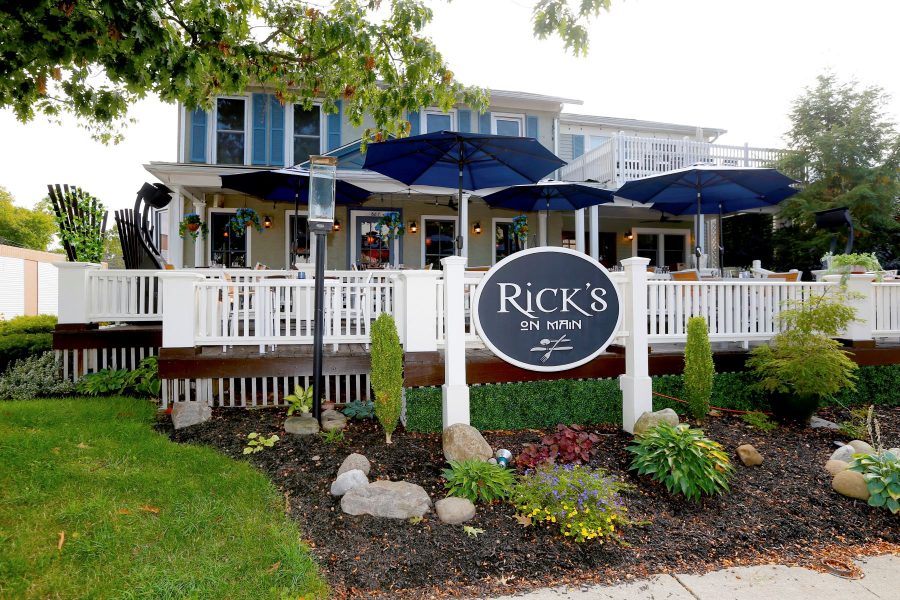