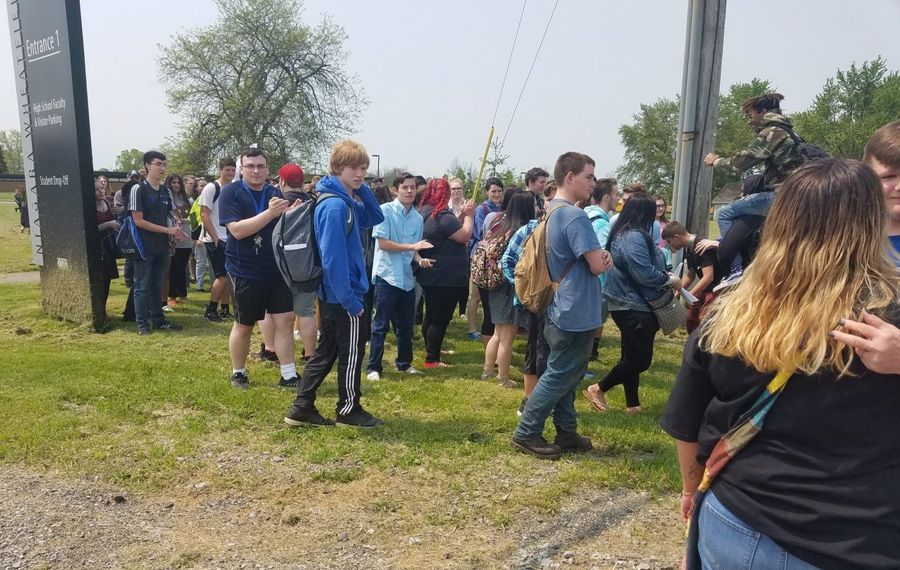 Niagara Wheatfield High School Principal Michael Mann resigned Wednesday – roughly four months after he was placed on administrative leave over his handling of a rape accusation by a student against another student.

Mann submitted a letter of resignation to the School Board Wednesday.

The board accepted his resignation.

The district placed Mann on administrative leave in June after a high school senior was allowed to remain in school for nine months, despite charges against him in connection with allegedly raping another student in 2018.

District officials will begin a search for a new principal, Superintendent Daniel G. Ljiljanich wrote in an email message sent to parents that was posted to the district's website Wednesday night.

Assistant Principal Jeffrey D. White has been serving as acting principal and will continue as interim principal until the search is complete, Ljiljanich wrote.

Elias Q. Dowdy, 19, pleaded guilty in Niagara County Court to third-degree rape on May 23. He had been accused of raping a classmate in his Town of Niagara home on May 28, 2018, three days before his 18th birthday.

The victim and her mother complained publicly in May that school administrators did nothing to keep the girl and Dowdy apart at school during the 2018-19 school year.

About 100 students at the high school conducted a walkout on May 31 to protest the district’s handling of the case.

That day, the district announced Dowdy, who was then a senior, had been removed from school.

Parents called for Mann's resignation at a School Board meeting on June 5. The next day, the district announced Mann had been placed on leave.

On Aug. 28, Dowdy was granted a year on interim probation by Niagara County Judge Sara Sheldon, who gave him the chance to earn youthful offender status. If he violates probation, he risks up to four years in prison.

The victim’s mother opposed youthful offender status for Dowdy in court before he was sentenced.

The victim previously told The Buffalo News in a text message that she thought the school district should have disciplined Dowdy.