In a town that played host to local and regional competitors like Hills, Ames, Twin Fair, Two Guys and a handful of others, Kmart always held its own in thrifty Buffalo.

In 1992, 80% of Americans lived within a 10-minute drive to a Kmart store. That was certainly true in the Buffalo metro area through most of the last half century.

It’s impossible to talk about the success of Kmart without talking about the frenzy created by the blue light special. For decades, the highlight of any trip to Kmart was the crackle of the public address speakers, and an exuberant voice gleefully intoning the infamous phrase, “Attention Kmart shoppers … ”

The veteran Kmart shopper knew it was a blue light special and not one of those announcements for a lost child or that someone’s headlights were on. It was all in level of excitement in that three-word overhead call to attention. Eyes would immediately dart around, looking for the swirling blue reflection on the ceiling.

Women in housecoats who had been peacefully shopping moments earlier are jolted into a hypnotic rage, becoming demolition derby drivers, crashing into one another if necessary, to get a 15 cent tube of toothpaste or a $2 handbag.

If anything, Kmart might have done bargains too well. The name became synonymous with cheap, not only in the punchlines of comics like Johnny Carson, but in the collective psyche of America.

When Dustin Hoffman’s character makes the joke that “Kmart sucks” in the 1988 Academy Award's Picture of the Year "Rain Man," we laughed because it was true.

By the end of the '80s, Kmart was America’s number two retailer behind Sears, but statistics showed number three Walmart was making a charge. The folks at the Big K, however, weren’t buying it.

“I don’t anticipate Wal-Mart passing us. Our goal is to pass Sears,” said one Kmart executive to a Florida newspaper in 1989.

In the early '90s, Kmart thought the way to stay ahead was find ways to shed the image of being cheap. As the retailer tried to go upscale, it ditched the iconic blue light specials. The cobalt-tinted flash sales later made a comeback, but had more of a corporate feeling and less of the madcap telethon feel that made them popular. 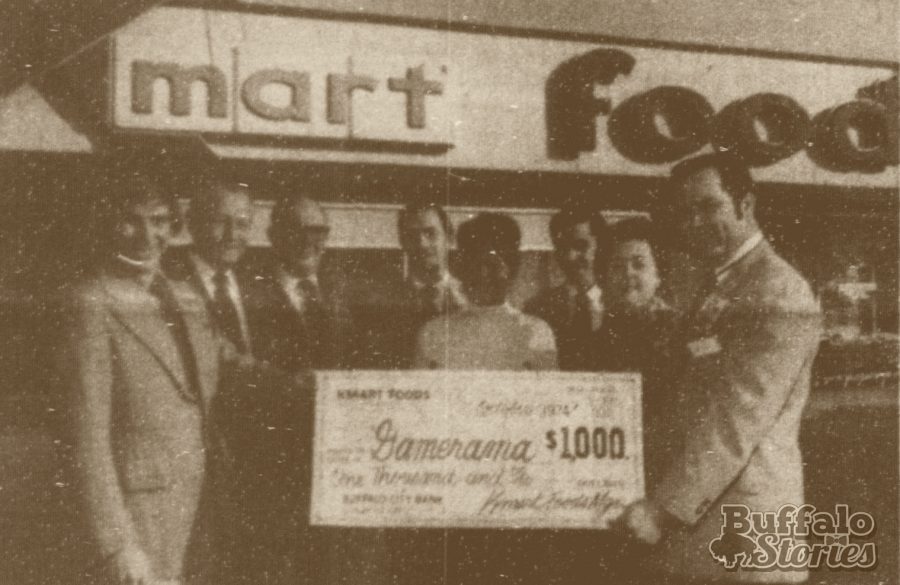 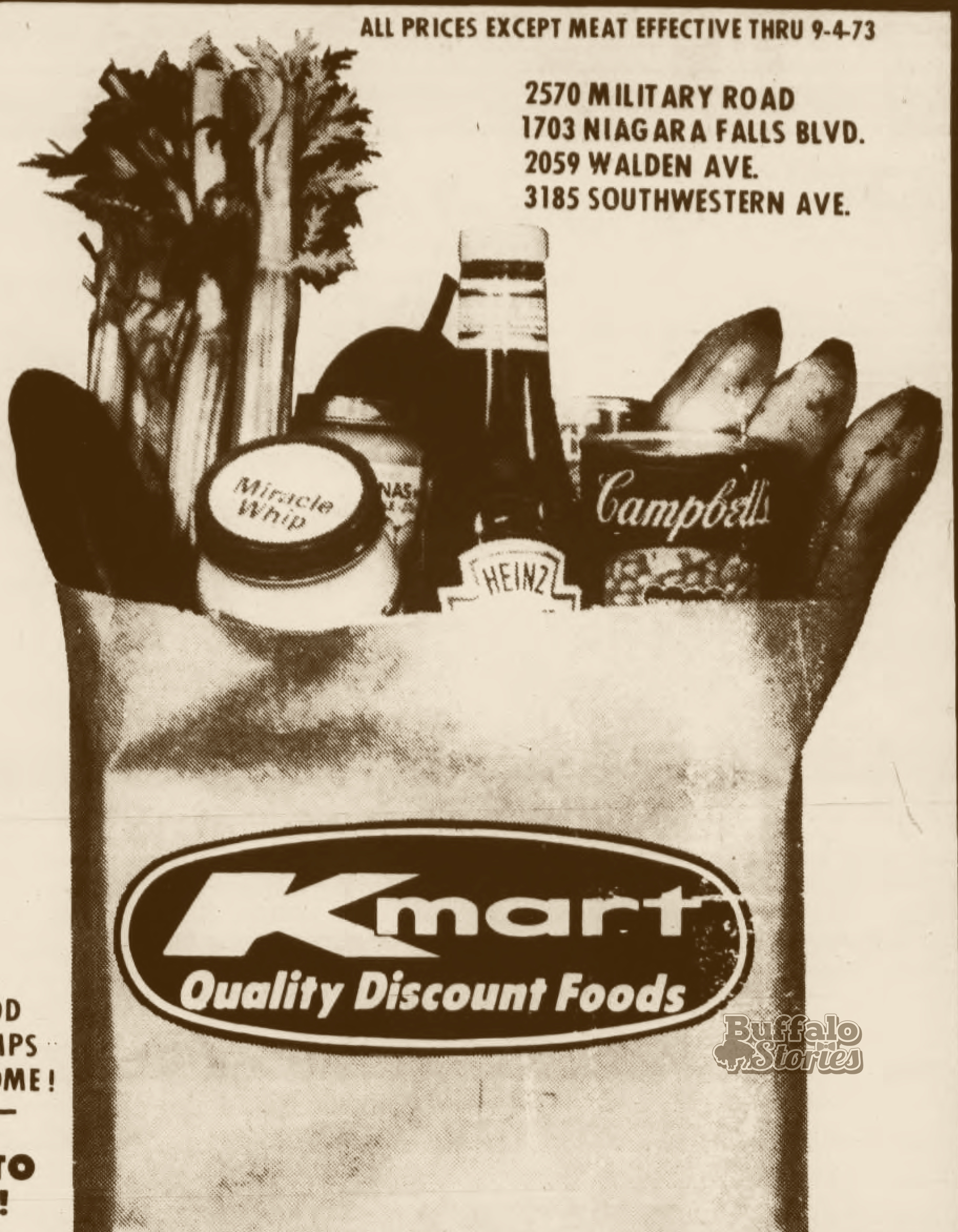 When Kmart first came to Buffalo in 1967, the stores were much closer to the modern Walmart Superstores than the current Kmart layout.

Each of these four stores were Kmart Food locations, and had grocery stores inside the discount department stores.

The next wave of Kmart expansion in Buffalo came in 1978, with stores on Ridge Road in Lackawanna, French and Transit roads in Cheektowaga, and what is now Buffalo’s last store on Hertel Avenue near Delaware Avenue.

Currently in the midst of a closing sale, the Hertel store is expected to be shuttered by the end of the year.

A rendering of the Ridge Road Kmart store in 1978.