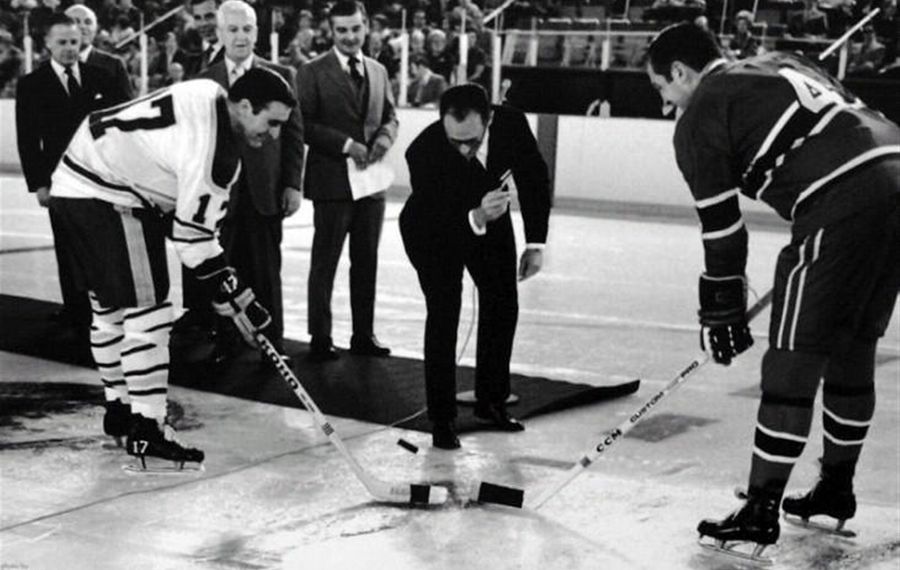 Unexpected memories. Magic performances. Playoff drama. And, yes, even some heartbreaking losses. They're all spread throughout Buffalo Sabres history. Here are our choices for the 50 most memorable games in franchise annals:

5. Dec. 13, 1972 – 7-3 win over Boston: Youthful Sabres stand up to the "Big Bad Bruins" on the scoreboard and with their fists, including Jim Schoenfeld's bout with Wayne Cashman in the Aud hallway after they crashed through the boards at the Zamboni entrance.

6. Jan. 1, 2008 – 2-1 shootout loss to Pittsburgh: In inaugural Winter Classic, Sidney Crosby's goal is the winner in front of more than 72,000 fans in Ralph Wilson Stadium. See our oral history on the 10th anniversary.

7. May 27, 1975 – 2-0 loss to Philadelphia: Flyers win Stanley Cup in Game 6 at the Aud. Bernie Parent wrapped up Conn Smythe Trophy with the shutout and both goals came in the third period: Bob Kelly at 11 seconds and longtime NHL broadcaster Bill Clement on a breakaway at 17:13.

8. April 14, 1996 – 4-1 win over Hartford: A gravely ill Seymour Knox salutes the Aud after its final game with the memorable words, "Farewell, Old Friend." Pat LaFontaine caps the closing ceremony by tapping the puck into an empty net as the foghorn blasts one final time.

9. May 13, 2006 – 3-2 OT win at Ottawa: Sabres eliminate Senators in Game 5 of second round on Jason Pominville goal, the first series-winning short-handed goal in overtime in NHL history.

10. Jan. 24, 1978 – NHL All-Star Game at the Aud: Rick Martin scores the tying goal with 1:39 left and Gilbert Perreault scores the winner in OT to give the Wales Conference a 3-2 win over the Campbell Conference. Buffalo crowd is irate, however, when Islanders goalie Billy Smith is named the game's MVP.

18. April 29, 1997 – 3-2 OT win over Ottawa: The first year of Marine Midland Arena is highlighted by the only Game 7 victory in franchise history as Derek Plante's slapshot eludes Ottawa goalie Ron Tugnutt at 5:24 of OT.

[Related: Sabres in the 80s: Buffalo scores nine goals in a period.]

26. Oct. 15, 1970 – 3-0 loss to Montreal: The first home game in the Aud is a shutout loss to the Habs most remembered for the iconic picture of captains Floyd Smith and Jean Beliveau taking the pregame ceremonial faceoff at center ice between Sabres owner Seymour Knox.

27. April 2, 1972 – 3-2 win over Philadelphia: Meehan scores with four seconds left in the season finale to deny a playoff berth for the Flyers, who needed only a tie to qualify.

29. Feb. 25, 1983 – 7-6 win over Boston: Trailing, 6-1, in the second period, the Sabres explode for their biggest comeback ever as Mal Davis gets the tying goal at 13:09 of the third period and then-rookie and future Hall of Famer Dave Andreychuk gets the winner 43 seconds later.

34. Dec. 21, 1975 – 14-2 win over Washington: Sabres explode for eight goals in the third period to post their highest goal total in franchise history. Martin (4) and Fred Stanfield (3) combine for half the scoring.

35. April 4, 1976 – 5-2 win over Toronto: Needing one goal in the season finale for his third consecutive 50-goal season, Martin is shut out and finishes with 49. But Gare nets a hat trick, including two goals in the third, to finish at 50 in his second NHL season.

36. Jan 4, 1980 – 6-1 win over Central Red Army: Aud fans are thrilled by a four-goal third period and a win over a Soviet squad that benefited from several charitable penalty calls from a Russian referee. Gare and Ric Seiling score two goals apiece.

38. April 9, 1983 – 4-2 win over Montreal: After back-to-back shutouts by Bob Sauve in Montreal, Sabres eliminate Habs at the Aud for the first three-game sweep in franchise history.

40. April 9, 1988 – 6-2 in over Boston: Sabres get within 2-1 in first-round series as John Tucker becomes first Buffalo player with four goals in a playoff game. One was a penalty shot. Tucker scores OT winner the next night, but Sabres lose series in six games.

43. Feb 13, 2009 – 6-5 shootout win over San Jose: On the night after Flight 3407 crash in Clarence Center, crowd has an emotional moment of silence, then celebrates as Pominville tips a Craig Rivet shot home for the tying goal in the final seconds. See our story on the 10th anniversary.

44. Oct. 7, 2001 – 5-4 OT loss at NY Rangers: The score was irrelevant. The first regular-season NHL game in New York after the Sept. 11 attacks was a tribute to the first responders at Ground Zero. The Sabres sported never-again-worn black and red jerseys that read "New York" diagonally down the chest.

45. May 19, 2007 – 3-2 OT loss to Ottawa: Sabres are eliminated from East final in Game 5 on Daniel Alfredsson goal. It is the seventh time a Buffalo season has ended an on overtime tally. 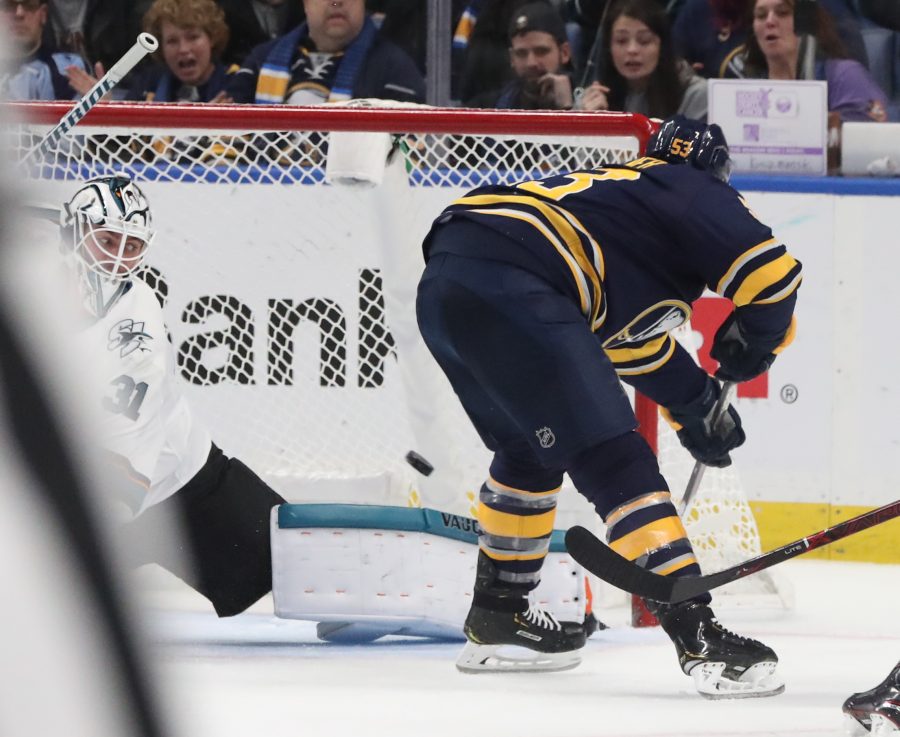 47. Nov. 27, 2018 – 3-2 OT win over San Jose: Jeff Skinner picks up a loose puck and backhands it home to give the Sabres their 10th consecutive win, tying the franchise record.

48. Oct. 14, 2006 – 7-4 win over NY Rangers: With many HSBC Arena fans simply thankful to escape their powerless homes in the wake of the "October Surprise" snowstorm, Drury notches a hat trick as Sabres improve to 5-0 en route to NHL record-tying 10-0 start.

49. Oct. 8, 2015 – 3-1 loss to Ottawa: Jack Eichel produced a third-period goal in his NHL debut, but the first offside review in franchise history takes away an apparent tying goal from Evander Kane.