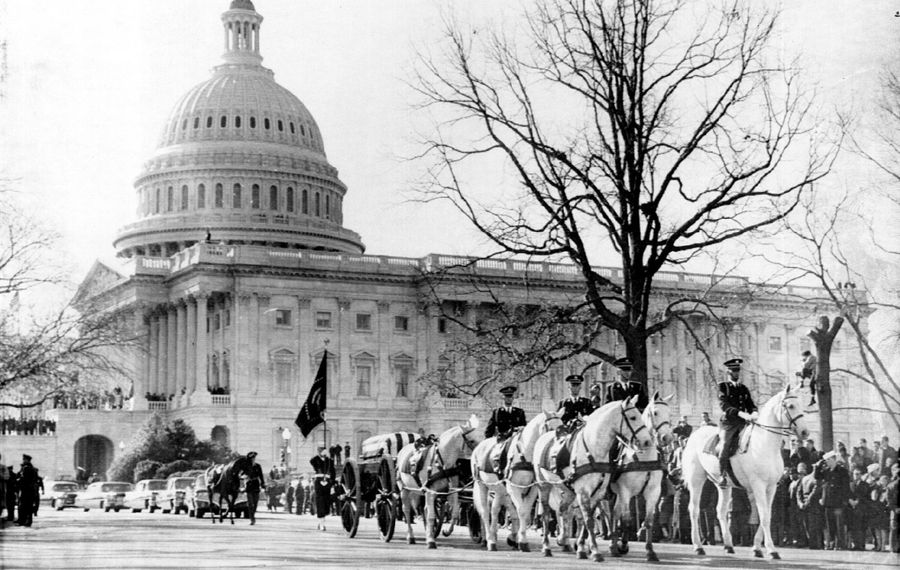 “A presentation (such as a film or novel) expressing or dealing with factual events.” – Webster’s definition of a documentary.

“Celebrated American documentarian who gradually amassed a considerable reputation and a devoted audience with a series of reassuringly traditional meditations on Americana. Burns’ works are treasure troves of archival materials; he skillfully utilizes period music and footage, photographs, periodicals and ordinary people’s correspondence …” – From Ken Burns’ entry on the Internet Movie Data Base.

As the best American documentary-maker of your generation and perhaps ever, I realize that you have been very busy with your new show on country music, which continues on PBS. The obvious high quality of your films shows how dedicated you are and how exhausting the process must be.

Both your critical (numerous Emmy awards) and commercial (millions of dollars in sales) successes are well-deserved. Although you are a registered Democrat who has given many contributions to your party, even some conservatives enjoy your films. For example, George Will, the dean of conservative commentators, called your 2017 series on the Vietnam War, “A masterpiece … an example of how to calmly assess episodes fraught with passion and sorrow.” You have an excellent reputation for honesty and fairness.

Various reports have you working on new projects profiling Muhammad Ali and Ernest Hemingway. These are certainly interesting topics and I’m sure your work will be fine, as always. But I was hoping that as a public service, you might be willing to work on the five subjects listed below.

As you well know, the years since 1960 have been quite tumultuous, especially compared to the 1950s. These subjects are still shrouded in some mystery and great controversy; it would be immensely helpful if you could get to the bottom of them. The five subjects that cry out for illumination and resolution are:

1) The assassination of John F. Kennedy (1963): The only subject of more books on American history than the assassination of President Kennedy is the Civil War and an internet search finds over 500,000 websites devoted to various “conspiracy theories.” (And when one goes deep into the net on this subject, they find that not only are there conspiracy and anti-conspiracy camps, but different pro-conspiracy factions who constantly attack each other). A 1964 investigation chaired by Chief Justice Earl Warren found that Lee Harvey Oswald acted alone. In a 1978 biography of Robert Kennedy, Arthur Schlesinger Jr. called the event a “quagmire” for historians, writing that he did not believe the conspiracy theories. A year later, a House of Representatives Special Committee concluded that the president had been killed “probably as a result of a conspiracy” involving organized crime, rogue intelligence agents and anti-Castro Cuban exiles. Upon hearing this, the noted political analyst Johnny Carson wisecracked that it would be like saying that “Hitler might have been the cause of World War II.” Carson was actually speaking for a majority of the American people: polls since the 1970s have consistently showed that most people don’t believe the Warren Commission. Public opinion began to turn negative on the Warren Commission in 1975 when a film by Abraham Zapruder showed JFK’s head moving violently backward after being hit that implied a shot from the front, which would mean a second shooter and iron-clad evidence of a conspiracy. “Back and to the left,” intoned Kevin Costner repeatedly in Oliver Stone’s hit film JFK. (Schlesinger also changed his mind and called for re-opening the case. My own personal belief is that I’m 100% sure Oswald shot the president but not 100% sure he acted alone). This issue cries out for a resolution and you, Mr. Burns, are just the person to deliver that.

2) The assassination of Martin Luther King Jr. (1968): The same House Select Committee concluded that James Earl Ray killed King with a single shot, but there was a “likelihood” of a conspiracy involving Ray’s brothers and segregationists who offered a bounty for shooting the civil rights leader. A Memphis jury also came to a verdict of conspiracy in a 1998 civil case. Gerald Posner, a leading anti-JFK-conspiracy expert concluded the same thing in a 1998 book. This subject could definitely use some more illumination.

3) The assassination of Robert F. Kennedy (1968) seems to be an open-and-shut case, as there were numerous eyewitnesses to the shooting, including his wife, who was standing next to him. But many books and websites have asserted that RFK’s numerous enemies in organized crime and the right wing hired the convicted assassin Sirhan Sirhan. Another theory is that a security guard accidentally shot Bobby when he drew his gun on Sirhan. Los Angeles County Coroner Thomas Noguchi has asserted that there had to be a second gunman because RFK’s fatal wounds came from behind and Sirhan initially charged him from the front. (One weakness of the various JFK and RFK conspiracy theories is that the last Kennedy brother, Ted, chaired the Senate Judiciary Committee and chose not to investigate further, saying he accepted the Warren Commission’s conclusion and the California court guilty verdict for Sirhan). Perhaps you can settle this (faint) controversy.

4) The alleged “October Surprise” in the 1980 election: President Jimmy Carter’s failure to bring back the American hostages in Iran before the 1980 election contributed mightily to his landslide defeat. Since then, rumors have swirled that the campaign staff of Ronald Reagan made a deal with the Islamic Republic of Iran to delay their release in exchange for help (arms shipments) in their war with Iraq. In a 1991 book, former National Security Council Member and Navy Captain Gary Sick argued that the first George Bush met with Iranian representatives in October of 1980 to do just that. And in fact, the Reagan Administration did trade arms for hostages later on in the decade, which became known as the “Iran-Contra” scandal. Bush was out of public sight for 18 hours before his debate with Vice President Walter Mondale. He says he was preparing for the debate; Iranian sources (admittedly not the best in the world) place him at a secret meeting in Barcelona to strike a deal. This mystery can probably easily be cleared up by a filmmaker of your talents.

5) The Florida recount of 2000: Everyone remembers how in November 2000, the second George Bush had a lead of just 537 votes out of over 6.5 million in the state that decided that election. Americans were treated to furious arguments over arcane subjects such as “spoiled ballots, poorly designed butterfly ballots, hanging chads, dimples, under-votes and over-votes” with millions of dollars spent on lawsuits that ended with the Supreme Court deciding by a 5-4 margin that Bush won the Sunshine State over Al Gore. A year later, a special consortium of Florida newspapers concluded that Bush had won if “chads” and “dimples” ballots didn’t count. But an Orlando Sentinel investigative report found that if Gore’s “write-in” votes were counted, he would have won. Gore still believes that he was robbed of the presidency and maybe, you, Mr. Burns can resolve the greatest political dispute (so far) of the 21st century.

Obviously, these are all issues from the past: even a firm conclusion will have little or no policy impact today. But these are continuing sore spots on the body politic. If you could solve them, Mr. Burns, the healing could begin and everyone could move on.

One of your biggest fans.

Patrick Reddy is a Democratic political consultant from California and the author of the forthcoming 21st Century America.