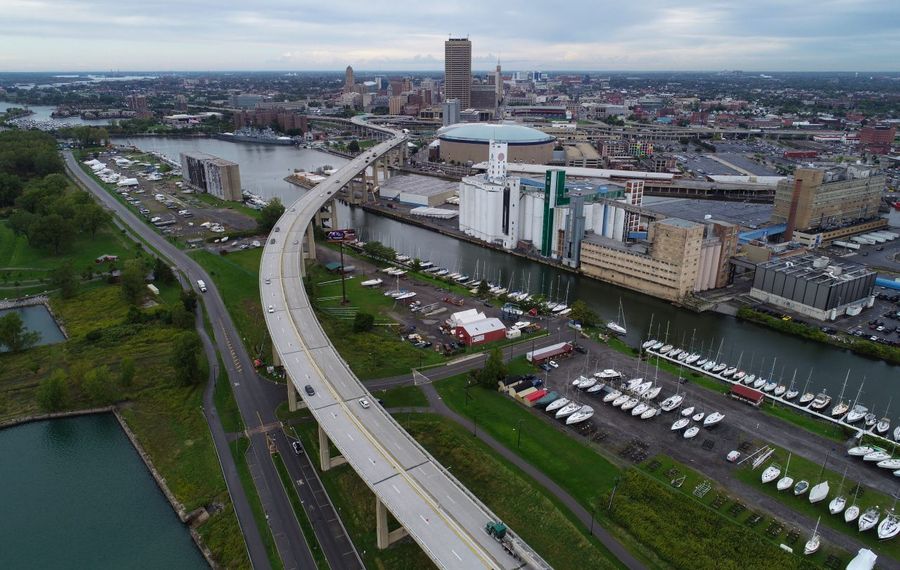 Some of downtown's biggest developers aren't in a hurry to see the Skyway go away.

Downtown real estate developers are signaling a break with Rep. Brian Higgins and the state over plans to tear down part of the elevated highway over Buffalo's waterfront, convert the remnant to a public park and enhance other connections to the Southtowns.

And their opinions are consistent. It's too expensive. It isn't needed, especially with a major repair project wrapping up. And there are other, less ambitious things that could be done to improve downtown.

"I’m a fan of Brian and he’s done great work for the community. But that’s one thing that I disagree with him on," said Jake Schneider, whose Schneider Development has done several projects in downtown and South Buffalo. "It seems foolish to me to be taking it down. … I just think it's a poor use of money."

He and others say the effort is largely unnecessary, especially after the significant investment to extend the highway's life.

"They should leave the Skyway alone. We just spent a lot of money to fix it. It’s fine," said Carl Paladino, chairman of Ellicott Development Co. "And some people like the view. It's a beautiful view."

They also they say it's too expensive, citing cost estimates that have ranged from $340 million to as high as $600 million for the multiyear project.

"If we're going to take hundreds of millions of dollars and inject them into downtown Buffalo, redoing the Skyway is not the best use," said Paul Ciminelli, CEO of Ciminelli Real Estate Corp. "In all my years in real estate, I’ve never lost a prospective tenant because of the Skyway. It’s never been an issue. I don’t think it’s a game-changer." 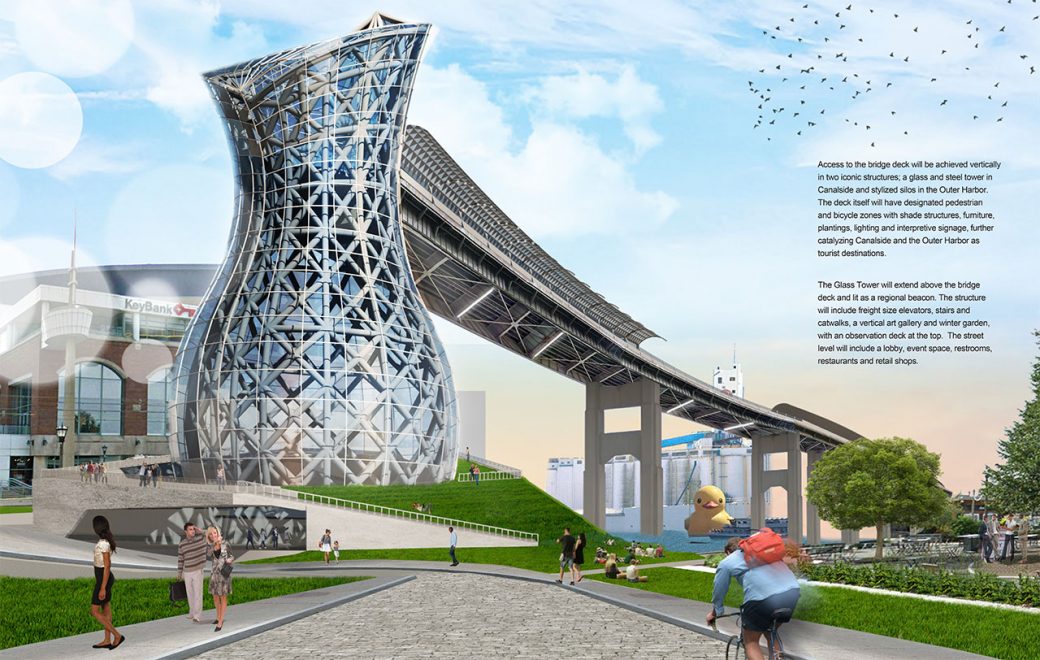 With limited resources, the developers say the city and state should be focusing on more critical infrastructure issues.

It would be better, they say, to spend more money on repaving and repairing streets, creating more pocket parks and green space, enhancing the streetscape, completing the effort to restore car traffic to Main Street, redeveloping the Central Terminal and even expanding high-speed internet access.

"I’m not for it. I’m not against it," Jemal said. "I just think we should set priorities. Cars on Main Street is the No. 1 priority."

Jemal, whose building straddles lower Main Street where the current phase of work is now underway, has even offered to help fund the rail-and-roadway project to keep it going until the entire street is open from Canalside to the Buffalo Niagara Medical Campus.

"I’ve been here four years, and it’s still a mess. Why can’t we just take care of that?" he said.

Others cite priorities elsewhere. "I would take down every dilapidated closed building, commercial or residential, in the city, and clean up all that garbage that’s laying around," Paladino said. "Get it all done, and clean up the streets so that kids can have a neighborhood and developers can go in and build housing."

Higgins, for his part, agrees with the developers about the high costs and says their fears are unfounded.

"It won't be near $600 million," he said, while practically dismissing Gov. Andrew Cuomo's recent creative competition that resulted in the "City of Lights" concept for partial demolition, a new "Skypark," new bridges and roads, and other improvements.

Instead, Higgins said he would use his influence in Congress — where he sits on the House Ways & Means Committee — to push for straight demolition of the Skyway and improvements to existing streets to funnel traffic to the Southtowns. That will clear the way for new development opportunities.

"What we’re going to be doing is the very thing that the developers want done," the South Buffalo Democrat said. "What I’m going to push for, and I’m going to prevail, is improvements in existing city streets, not only as commuter routes, but to reactivate city streets that have become very quiet."

The split between the developers — who praised Higgins for his work for the city — and the politician show the wide divergence of opinions about the future of the Skyway. Built in 1953 to carry Route 5, the 1.4-mile-long bridge starts near Canalside, rises 110 feet in the air as it crosses the Buffalo River, and comes back down at the Outer Harbor.

But maintenance and repair costs pose a burden, the bridge is often closed during particularly bad weather, and it's long been decried as an ugly obstacle to waterfront development — Higgins' longtime focus. The congressman has pushed for years for the complete removal of the Skyway, and finally got the support of the governor, who in March announced his design contest for a replacement for the entire 4-mile corridor.

The winning proposal envisions a $340 million transformation, including $61.2 million for demolition, $179.4 million in improvements and another $100 million for other construction costs.

Higgins stressed that the final result will likely be a blending of ideas, following a full environmental review and planning process. But Cuomo pegged the ultimate cost at $600 million.

Developers, though, think it just doesn't make sense to spend that on "something that is not even going to move the needle in the downtown core," Ciminelli said.

They don't even agree that it's an obstacle. "Our city has taken off. We’ve got a renaissance taking place right now, and it’s taking place regardless of the fact that the Skyway is up or not up," said Paul Kolkmeyer, of Priam Enterprises.