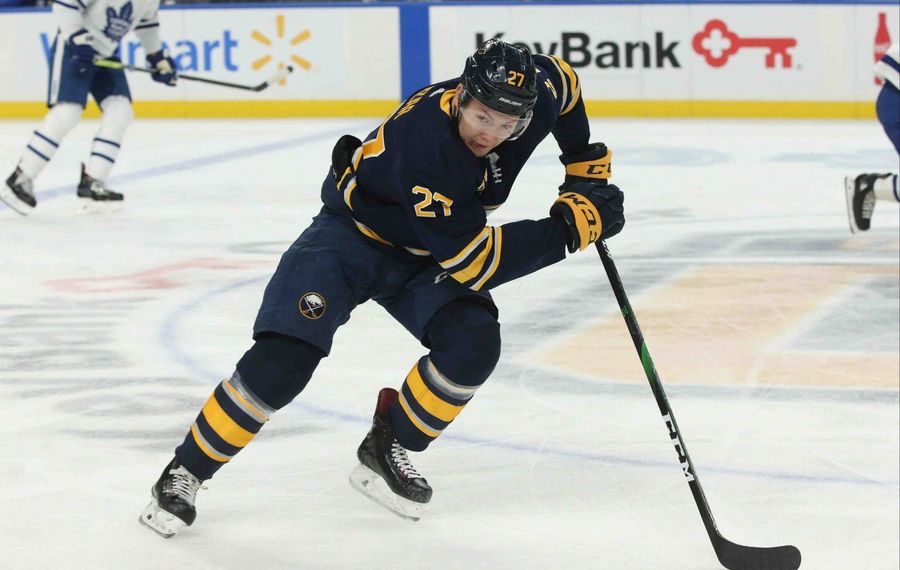 The Buffalo Sabres essentially got their roster down to the NHL's 23-man limit Monday but that doesn't mean the team is set for the regular season just yet. The league's roster deadline is 5 p.m. on Tuesday and there are moves that can be made before the season opens Thursday night in Pittsburgh.

Technically, the Sabres start the final day of cuts with 26 players on their roster but it's widely known that defensemen Zach Bogosian and Matt Hunwick and goaltender Ukko-Pekka Luukkonen will start the season on either long-term injured reserve or the regular injured reserve list, based on the team's needs to get under the NHL salary cap of $81.5 million.

The team already announced in the summer that Hunwick (neck) will not play this season and it's assumed he will retire. Bogosian and Luukkonen are coming off hip surgeries and remain a few weeks away from returning; Luukkonen is expected to eventually be the No. 1 goalie in Rochester this season.

Minus those three, the Sabres are at 23 players but the figure could obviously change if trades are made, if the Sabres decide to place anyone else on waivers, or if they make a claim of anyone who was waived on Monday and would be available until noon on Tuesday.

One player who could be attractive to the Sabres is Anaheim right winger Daniel Sprong, who scored 14 goals in 47 games for the Ducks last season. Sprong, 22, was a second-round pick of the Pittsburgh Penguins in 2015 and thus has a relationship with both Sabres General Manager Jason Botterill and assistant GM Randy Sexton from their days in Pittsburgh.

Sprong had 32 goals and 65 points in 65 games two years ago for Pittsburgh's AHL farm club at Wilkes-Barre/Scranton, but only had four goals in 42 games over parts of three seasons for the Pens. He was traded for Marcus Pettersson last December after not scoring in 16 games for the Penguins but started to find the mark in Anaheim.

The Sabres pared down the roster Monday by using waivers on forwards Curtis Lazar, Remi Elie and Scott Wilson, and defenseman Casey Nelson, with the purposes of getting all four to Rochester. They also assigned winger Tage Thompson, center Rasmus Asplund and defenseman Lawrence Pilut to the Amerks.

The impacts on the roster are as follows:

• The club has 13 forwards, eight defensemen and two goalies. That counts winger Conor Sheary, who is day to day with a lower-body injury, and defenseman Brandon Montour, who has a hand injury and should miss at least the first couple weeks of the season.

• Newly acquired defensemen Henri Jokiharju and John Gilmour appear to have made the team, although Jokiharju could be sent to Rochester without waivers. The speedy Gilmour would have to go through waivers and it would be a major risk to try to send him to the AHL because he had a strong camp.

• Thompson looks like a first-line player with 30-goal potential in Rochester, especially after he scored eight goals in 11 games there last season over the end of the regular season and the Amerks' three playoff games. He had just seven goals in 65 games for the Sabres last year and they clearly opted to give him regular ice time and top-six duty in the AHL for now when those spots weren't available in Buffalo.

• The Sabres are probably holding their breath that Lazar clears waivers. He had a good camp but was clearly victimized by the fact returning players had contracts and thus kept what appears to be reserved spots on the bottom-six. Lazar could be a key player in Rochester and one of the first call-ups to Buffalo if an injury happens.

• The club returns to practice Tuesday and, pending Sheary's situation or any claims, there might be clarity on who would be the 13th forward and thus open the season in the press box.

Based on the last few days of practice, the top two lines seem set with Jack Eichel between Victor Olofsson and Sam Reinhart, and Marcus Johansson centering Jeff Skinner and Vladimir Sobotka. It's on the bottom six where there could be movement and a returnee could start as  a healthy scratch.

Johan Larsson, who was injured much of camp, could be one candidate. Another could be Kyle Okposo, who did not have a point and averaged only 13:56 of ice time in four preseason games. Okposo, 31, is in the fourth year of his seven-year, $42 million deal and carries a cap hit of $6 million.

On the unlikely chance the Sabres wanted to bury Okposo in the minors as they did the last two years with Matt Moulson, it would still cost the team $4.925 million on the cap.

Dylan Cozens had a fast start back in juniors after being returned by the Sabres last week, and he was named the Western Hockey League Player of the Week on Monday.

Buffalo's  No. 1 pick in the June draft had six points and a plus-2 rating for Lethbridge in a weekend split that opened his third season of juniors. He had a goal and an assist Friday night in his debut for Lethbridge, a 5-2 loss to Red Deer, and then exploded Sunday with two goals and two assists in a 5-2 win at Edmonton in a game played at Rogers Place, the home of the Oilers.

Cozens is coming off a 34-goal, 85-point season for Lethbridge.