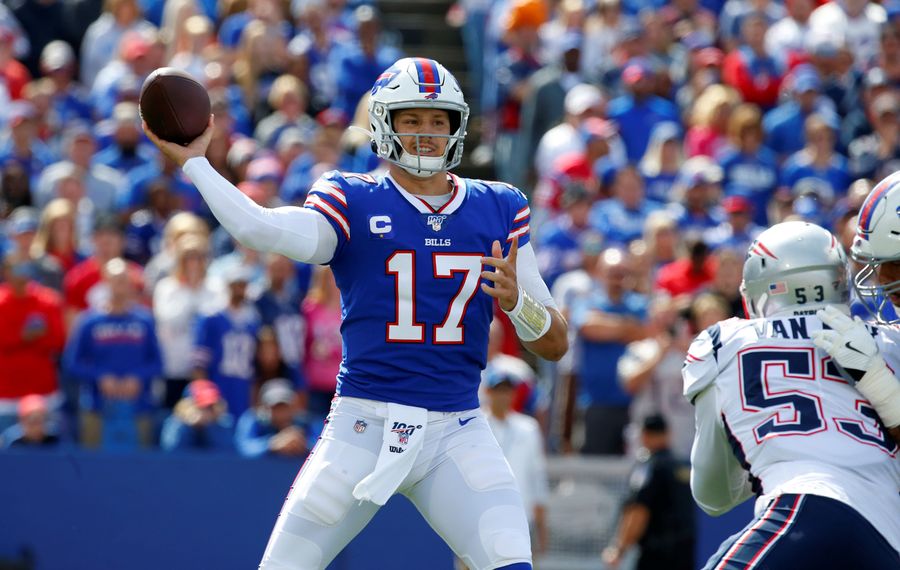 Buffalo Bills coach Sean McDermott didn't take the safe route in discussing the helmet-to-helmet hit in a 16-10 loss Sunday against the New England Patriots that caused his quarterback, Josh Allen, to wind up in concussion protocol.

"There is no room in football for a hit like that," McDermott told reporters. "It's a shame to see a player like Josh or any player like that, go down with a hit like that. I asked (the officials) for an explanation and I thought (Jonathan Jones) should have been thrown out."

The NFL disagreed. Al Riveron, the league's senior vice president of officiating, said the hit the Patriots cornerback placed on Allen with 14:26 left in the fourth quarter "did not rise" to the NFL's standard for disqualification. The quarterback was caught between two defenders.

Jones was penalized for unnecessary roughness, but Bills offensive tackle Dion Dawkins was flagged for holding, thus resulting in offsetting penalties and a replay of the down.

“Well, we looked at it and in this situation, we didn’t feel that that contact rose to the level of an ejection," Riveron said by phone from the league's officiating headquarters in New York. "The player (Jones) actually turns. Obviously, there is helmet contact, but we have standards for an ejection, and this did not rise to that standard; therefore, we did not eject him. There was a foul called and, obviously, the penalty stood, but we did not feel this contact rose to that level.”

Riveron said the penalty on Dawkins did not have anything to do with a potential ejection, adding that each penalty is judged separately.

Matt Barkley finished the game at quarterback for the Bills.

After being taken into the blue medical tent behind the Bills' bench, Allen then jogged into the tunnel. After the game, he was seen walking around the locker room and talking with General Manager Brandon Beane, as well as several teammates.

Allen's teammates were furious that Jones remained in the game.

"If one of us did that to [Brady], we wouldn't have been in the game anymore," safety Micah Hyde said. "There's no way, no way we would have continued in that game. ... Obviously, that's our quarterback. We ride or die with him. ... Josh didn't slide, but at the end of the day, but even as a running back, you can't go head to head."

Jones said he was not attempting to injure Allen on the play.

"I don't think anybody ever tries to go helmet to helmet. Everyone is just flying around. You want to make plays and stops."

#Bills QB Josh Allen is out of the game after this helmet-to-helmet shot. Matt Barkley in. pic.twitter.com/xYvYGBbvP3