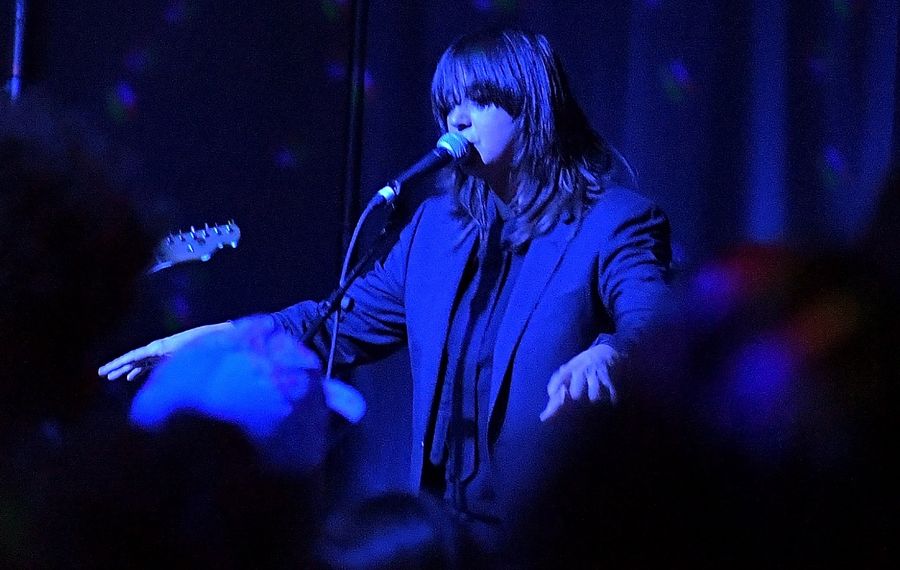 Following an opening set for Mumford & Sons this past spring in the KeyBank Center, indie act Cat Power will be back in the Buffalo area in a headlining role.

The long-running project of singer-songwriter Chan Marshall is back on the road as she continues to tour in support of the 2018 record, the sparse and haunting "Wanderer." The mostly acoustic effort, the 10th in her ever-evolving catalog, is the musician's first collection of new music since 2013's electro-rock leaning "Sun."

Arena-ready Rochester rockers Sons of Luther will be paying their sister city a visit to celebrate the release of a new record.

The alternative rock group has been spending the last few Fridays sharing singles from the forthcoming "Do What You Can," the group's first collection of new music since dropping its dark, freshman EP "Ceremony" on Halloween of 2017. The six-week tease will lead right up to the record's release show at the popular Elmwood Village watering hole.

Fans of the Killers, Fontaines DC, the Gaslight Anthem and Kings of Leon might want to sneak over to Goodbar to catch the band's swagger-filled set.

Buzzing locals act the Burkharts will be throwing a tour kickoff party at the Chippewa hot spot.

Quickly rising in the ranks of Buffalo's evolving music scene, the young group shared its solid debut EP "Lazy Dancing" in May. The summer-ready five-track recalls the likes of Mac DeMarco, the Beach Boys, Ariel Pink and the Drums. With some Wes Anderson-esque matching outfits and lighthearted on stage antics to boot, the dreamy surf-pop band has become appointment viewing whenever it takes the stage.

Following the set, the Burkharts will leave town for a short string of dates, including a benefit show in Port Chester, N.Y., before returning home for a performance at Milkie's on Elmwood later next month.

Local support will be provided by indie garage rockers Johnny & the Man Kids and angst-ridden rock outfit Passed Out while looping punk group Shakeout will round out the bill.