Start with the venue. It's a former commercial laundry on the East Side, repurposed and repopulated with entrepreneurs at different stages of chasing their dreams. There are makers of wooden-frame bikes, stylish bird feeders and unconventional bottle openers, to name a few.

The Foundry caters especially to creative types. There are "makerspaces" with tools and technology, for woodworking and metalworking, as well as a tech lab and a textile lab. The incubator has a special interest in bringing women and people of color into the fold and making them feel welcome.

There is no deadline for tenants to move out, another facet of life in the Foundry. So there are experienced business owners sharing I've-been-there-before wisdom with newcomers down the hall flummoxed by problems with customers or contracts.

In its own, understated way, the Foundry is promoting small business growth and creating opportunities for people who need a little space, and maybe some encouragement, to get their businesses off the ground.

The driving force behind the place is Megan McNally, the executive director. She has a background in woodworking, an easygoing manner and an instinct for what tenants need. 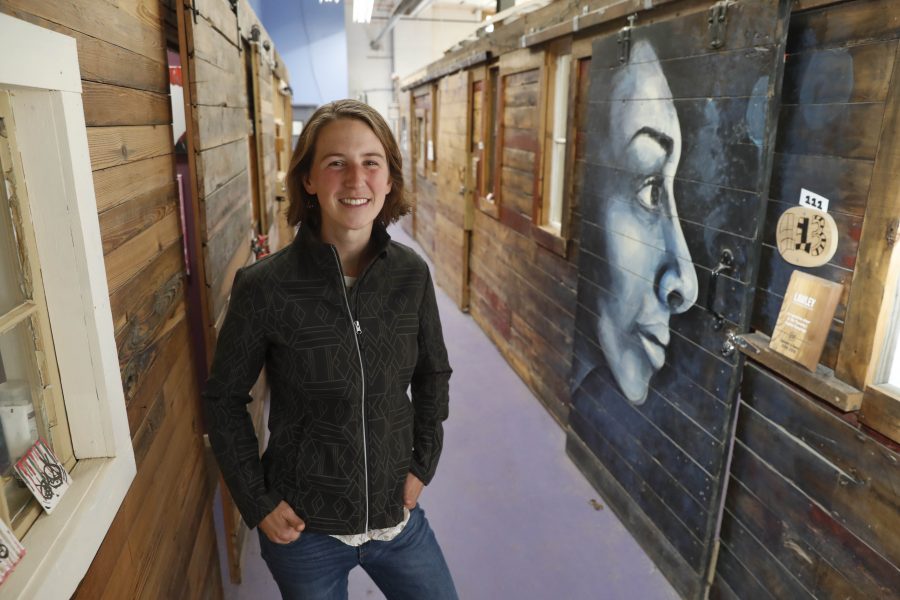 McNally cherishes the "aha" moments entrepreneurs experience when they achieve breakthroughs. She's proud of the tenants who have graduated to locations of their own outside the Foundry, but misses them at the same time. Zandra Cunningham is one example. After a stint in the Foundry, the teenage entrepreneur moved her skin care products business to Great Arrow Drive, and now sells to customers including Target.

"What we specialize in is the entrepreneur who takes over the house with the business, but isn't quite ready to be on their own completely," McNally said.

[Related: How a Buffalo teen turned a lip balm obsession into a $500K skin care company]

"Megan is always here for help, whether I'm bothering her or not," said Damion Anderson, who runs Shasworld, which makes custom graphics for everything from shirts and jackets to promotional items. (The business was taking over his house, so he moved into the Foundry.)

The Foundry opened several years ago and has 27 tenants. The total fluctuates, depending on how much space each tenant fills. 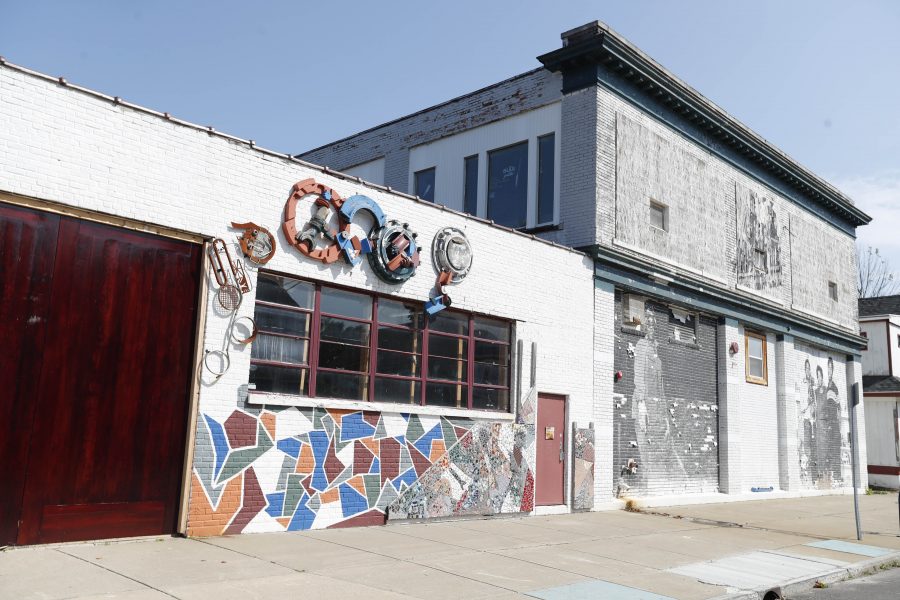 The Foundry is located inside a former commercial laundry on Northampton Street. (Sharon Cantillon/Buffalo News)

McNally and the tenants review applications from would-be tenants. McNally evaluates whether they seem ready to move in and start paying rent. If their business plans need more work, she might refer them to a partner like the Beverly Gray Business Exchange Center or the Westminster Economic Development Initiative, to get better prepared and try again.

"Ultimately, they have to have a good business idea, or it's obvious enough that this person has an entrepreneurial mind, that no matter what business idea that they come with, they're ultimately going to be successful," McNally said. "It's really selecting and investing in a person."

The Foundry's makerspaces – the rooms with the tools – are essential assets for the fledgling businesses. Rather than taking a sink-or-swim approach, tenants can use the tools to test the waters, before spending a fortune on equipment of their own.

"If we can alleviate some of those big, debt-burdening aspects of starting a business, you have a much higher likelihood that you'll succeed," McNally said. "Or you just decide ultimately that it doesn't work, but you're not out tens of thousands of dollars."

The tools can also help a business advance move to the next level. The entrepreneur behind Drift.etc, which engraves designs on wood items, was introduced to laser engraving at the Foundry. She used the technology to increase her productivity , while maintaining her own artistic flair. She was able to generate enough income to buy her own equipment and recently moved out.

"The reality is, then she can make a business out of it, rather than having it as a hobby," McNally said.

The makerspace tools are an important resource at the Foundry. Fellow tenants are another.

"You get the insight from other businesses that have already been around," Anderson, of Shasworld, said. "They see the mistakes that you're making and they help you out."

Anderson has no hesitation about dropping in on his neighbors when he has a question about some new challenge, like drawing up customer contracts.

"Without the incubator aspect of the Foundry, then I would have been lost," he said. "I can always turn to somebody here, so it's always great." 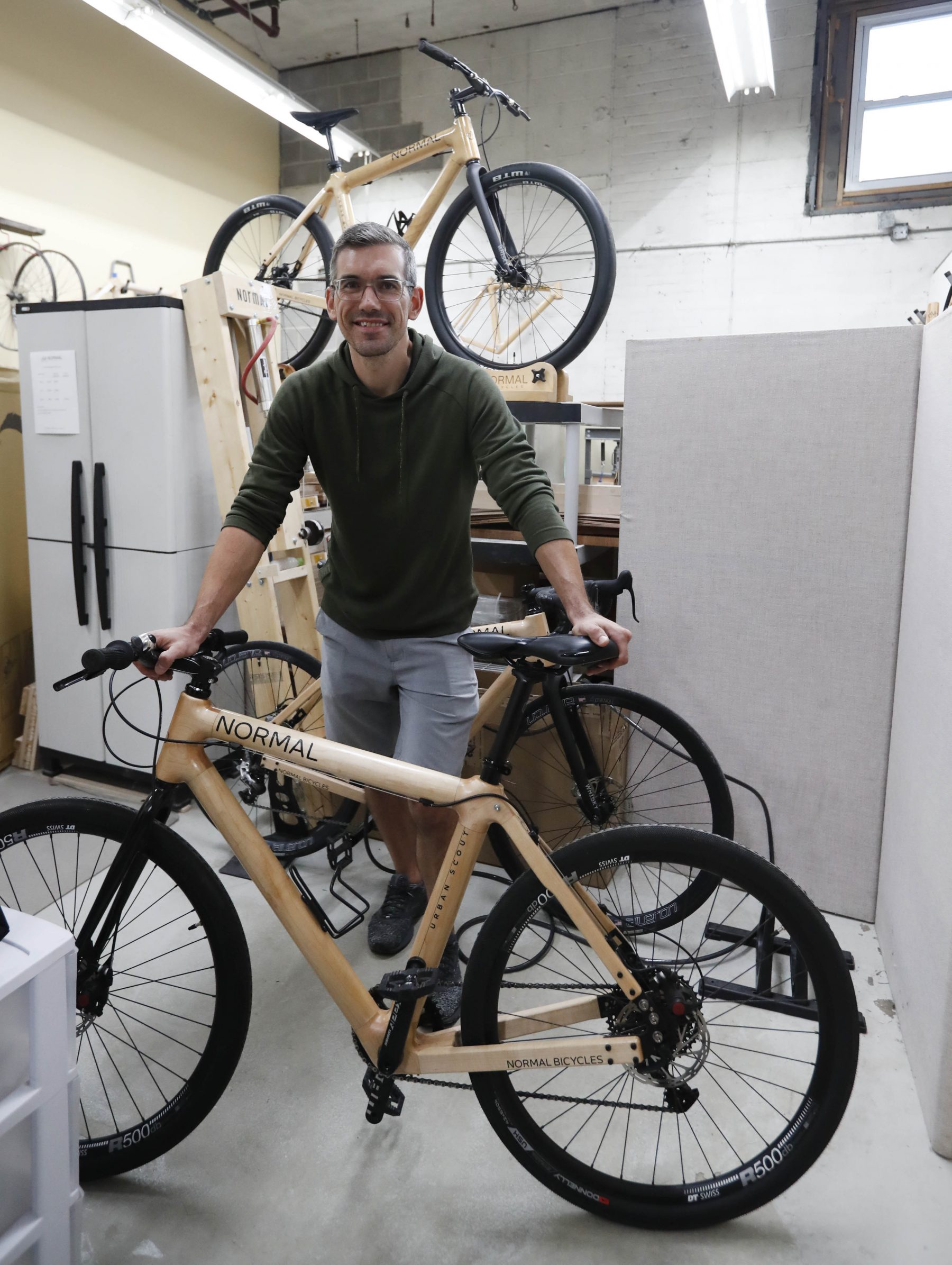 McNally looks for ways to open up the Foundry to a wider audience. She's eager to connect with people who might not have ever thought about running a business, but then walk around the place, see what's going on and get interested. The trick is to get them in the door.

So the incubator hosts events like "Rock the Mic," to attract people who might not otherwise visit. Inclusive Theater of WNY staged "Shakespeare in the Parking Lot" performances over the summer. Some of the attendees might wander around the Foundry and start picturing themselves working there.

There's also an educational element to the Foundry, through its connection to YouthBuild, an alternative education program. YouthBuild works with young people who are earning a high school equivalency degree, while also providing them with construction training. The YouthBuild members do some of their work at the Foundry, building community projects like block club signs. The Foundry also offers adult education classes on site, making greater use of the makerspaces.

As the tenants on the first floor go about their work, the Foundry's newly renovated second floor is preparing to welcome more businesses. YouthBuild will fill part of that space. 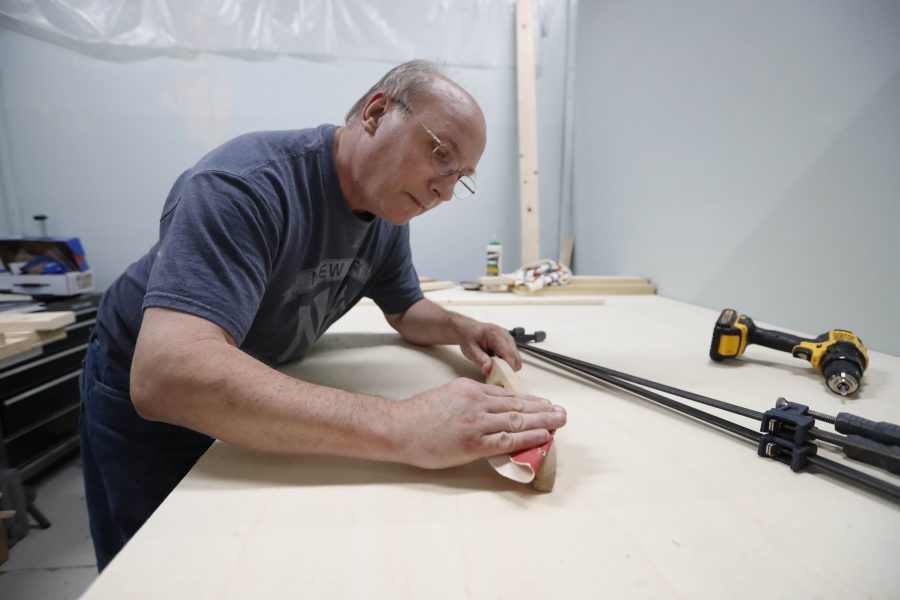 The Foundry and its leader are getting recognition.

The acting administrator of the Small Business Administration, Chris Pilkerton, recently took a tour, after the Foundry won $100,000 in an SBA competition. During his visit, Pilkerton hailed the role makerspaces play and the connections they establish with the community.

McNally herself is a finalist for an "Up and Comer" award from the Community Foundation for Greater Buffalo. The award comes with a grant to the nonprofit of the recipient's choice.

Meanwhile, tenants will keep coming into the Foundry, and, ideally, growing and moving out on their own. But to McNally, they are never truly gone. "If you've been through the Foundry you feel a special connection that you might not otherwise," she said.