Three new lawsuits alleging child sex abuse decades ago by Buffalo Diocese priests who are who now deceased assert that those priests likely live in hell as a result of their crimes.

The Lipsitz Green Scime Cambria law firm also cited Catholic Church doctrine in stating that its clients were unable to locate hell to serve the priests who molested them with a court summons and complaint.

The language, highly unusual for a legal document, was included in three lawsuits against the Buffalo Diocese filed this week .

Most of the more than 140 Child Victims Act lawsuits filed so far against the diocese don’t include much detail about the allegations of child sex abuse lodged against priests, and the complaints feature routine legal language in alleging the diocese was negligent in allowing abuse to occur.

But one paragraph in the filings by attorneys Richard P. Weisbeck Jr. and Christina M. Croglio is anything but routine.

“According to the Roman Catholic Church doctrine, when a person physically dies, he or she lives forever through their ‘Soul’ and according to the Roman Catholic Church doctrine, the child molester, in all likelihood, therefore now resides in a place called ‘Hell’ due to the sexual crimes he committed against the child and other children,” the paragraph reads. “Despite exercising due diligence, the child is unable to locate ‘Hell’ to serve the child molester with the summons and complaint. The limitation set forth in CPLR 1601 do not apply.”

CPLR 1601 is a section of the state’s civil practice law and rulings that discusses limited liability for two or more defendants in a claim. 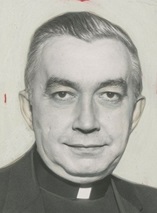 Weisbeck did not respond Friday to a request for comment on why the paragraph was included in the three lawsuits.

The same paragraph was included in cases alleging abuse by Monsignor Michael J. Harrington, the Rev. Stanley D. Idziak and the Rev. Howard Slack – all of whom are deceased. The paragraph was not included in three other cases filed this week by the same firm alleging abuse by three priests who are alive and named as defendants along with the diocese.

Harrington, who was the pastor of Immaculate Conception Church on Edward Street for 25 years until retiring in 1985, is accused of molesting a 10-year-old boy in 1978. The abuse is alleged to have continued sometime in 1981. The anonymous plaintiff is now 51 and is identified in the lawsuit as LG 19 DOE of North Tonawanda. Harrington died in 1989 at age 79. The Buffalo Diocese in 2018 acknowledged that Harrington had credible child sex abuse allegations against him. Harrington was named as an alleged abuser in another lawsuit that was filed by Angelo Ervolino on Aug. 14. 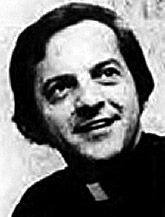 The Rev. Stanley Idziak. (Photo courtesy of the Tonawanda News)

Idziak, who was a Pallottine Order priest, is accused in the lawsuit of sexually assaulting a boy starting from the age of 5 in various locations in North Tonawanda, where the priest was assigned at Our Lady of Czestochowa Church and the Catholic Apostolate Center. The abuse is alleged to have happened from 1963 to 1973. The anonymous plaintiff is now 61 and lives in Coconut Creek, Fla.

Idziak transferred in 1978 to a church near Atlanta, Ga., and the Atlanta Archdiocese paid $570,000 to settle a 1991 lawsuit over sexual abuse filed by a Georgia family that accused Idziak of sexually abusing their two sons. Idziak was laicized, or discharged as a priest, in 1993 because of the allegations raised against him in Georgia.

Slack is accused of molesting a 15-year-old boy in 1964 and 1965 when the priest was assigned to Immaculate Conception Church on Edward Street. The anonymous plaintiff is now 70 and lives in Amherst.