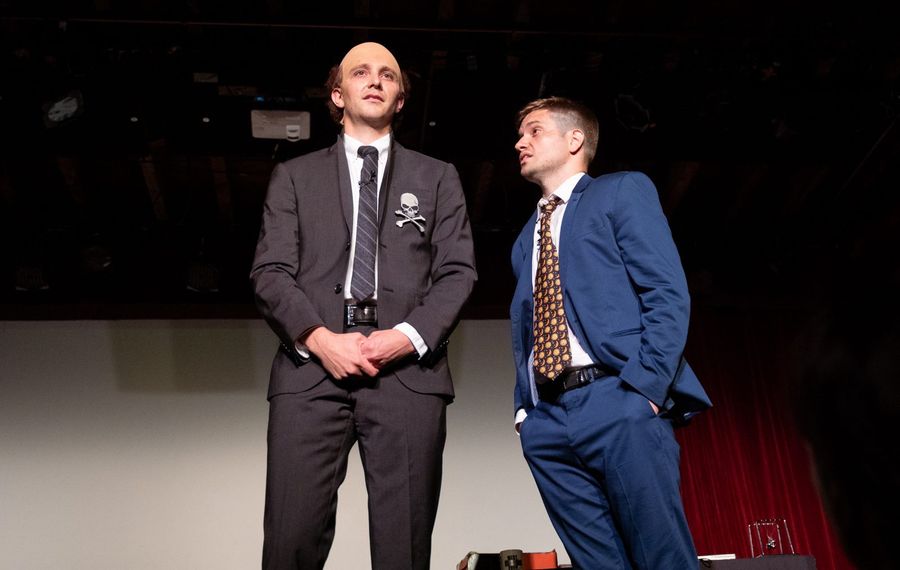 Now 30 years old, Mike Breen grew up in West Seneca. He can hardly remember a day in his life when he didn’t see the faces of Ross M. Cellino Jr. and Steve Barnes on some kind of commercial or advertisement for their personal injury law firm.

“For as long as I can remember, the two of them have been a part of the landscape of my life,” Breen told The Buffalo News.

So it’s really no surprise that Breen, a comedy actor and writer now based in Los Angeles, decided to write a play about the breakup of the famed Cellino and Barnes partnership. He wrote the two-man stage play with his friend and comedy partner, David Rafailedes.

“Cellino v. Barnes” has been presented in Buffalo, New York City and Los Angeles more than a dozen times over the past year. During a telephone interview on Thursday, Breen said he is “very excited and also nervous” to be bringing the play back to Buffalo next month. There will be performances at Alleyway Theatre's Alleyway Cabaret beginning Oct. 31.

“A couple of years ago I was home in Buffalo for a visit, and everywhere I went, people were talking about the Cellino and Barnes breakup. It just felt perfect to me, a story with lots of drama and comedy,” Breen said. “Two guys in a room, working together, but they really don’t like each other. The story that Dave and I wrote has both drama and comedy, but it’s primarily a comedy.” 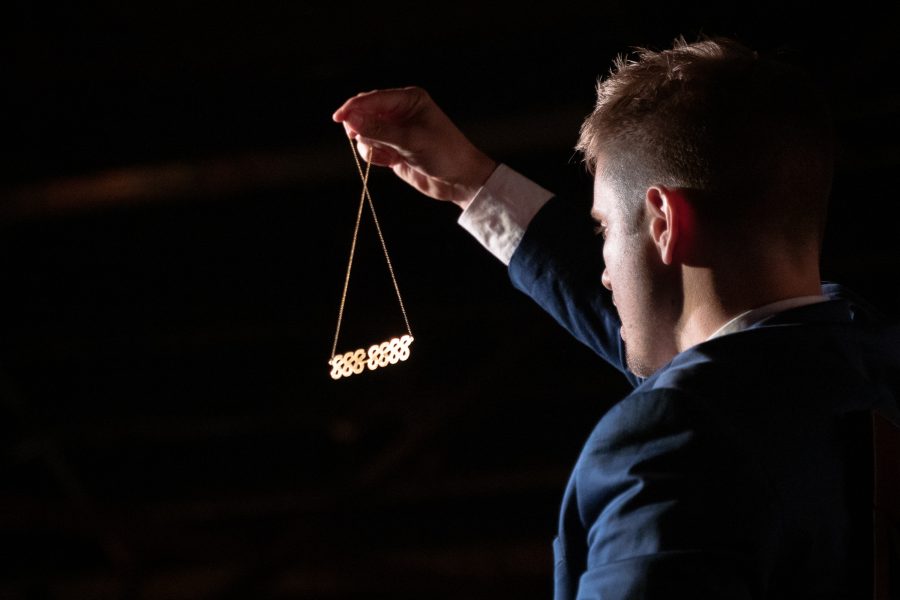 Mike Breen with one of the most well-known phone numbers in the United States. (Reed Kavner/Special to The News)

With millions of dollars at stake, Cellino and Barnes have been battling in State Supreme Court since May 2017, when Cellino sued his longtime business partner, seeking to break up the law firm and start his own firm. According to testimony and documents filed in court, each of the attorneys makes more than $1 million a month. Judge Deborah A. Chimes has scheduled a trial to begin Jan. 14, 2020.

Breen, an alumnus of West Seneca East High School, moved to New York City in his 20s to take a job as a video editor with Major League Baseball. Always interested in comedy, Breen “just out of curiosity” took a comedy improvisation class and loved it. That led him to join a comedy group called Glory Days, which has performed at many colleges throughout the country.

Breen plays Cellino in the show, and Rafailedes plays Barnes.

Typically, Barnes and Cellino have different opinions on whether the show is worth going to. 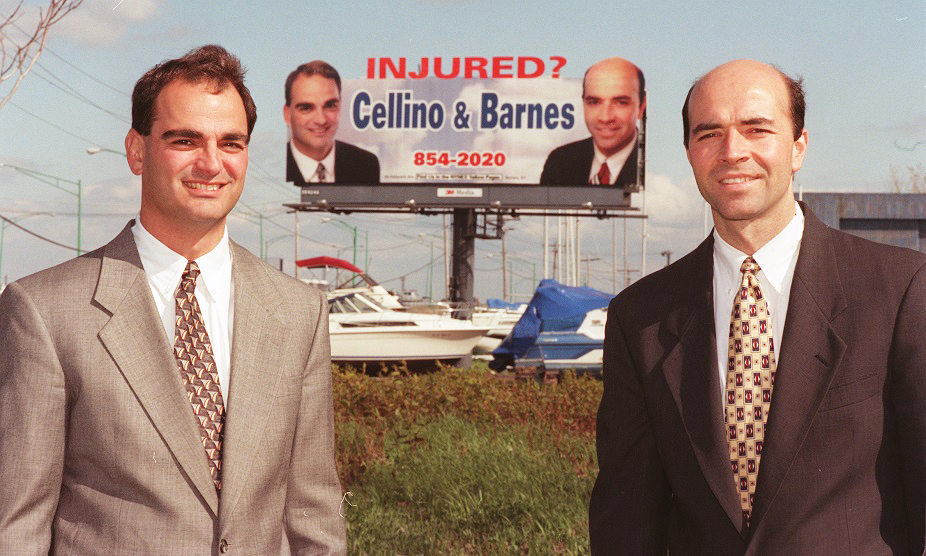 Ross Cellino and Steve Barnes, during happier times in 1997, standing in front of a billboard. (Sharon Cantillon/News file photo)

Barnes doesn't plan to attend, he told The News on Thursday. “Really not my thing. No interest,” he said in a text message. He added that he's heard the play is funny.

“I’ll be thrilled to be there,” Cellino said. “Some of my family went to New York to see it and loved it. I want to experience the humor for myself.”