Grand Island will get a little restaurant from a chef with big-league experience when Sam Reda opens Zobud Bistro.

The cozy spot at 1879 Whitehaven Road will seat about 32 people for a fine dining-leaning menu, Reda said, with maybe a few more seats in a patio space out front. It was formerly Baked Cupcakery.

If Reda opens the place Friday, as planned, it will be his return to running a restaurant as a regular gig after years of consulting work, he said.

Reda broke into the Buffalo restaurant landscape as a catering chef at the Park Lane in the early 1990s. In the years that followed, his kitchens included Biac’s World Bistro, Brownstone Bistro and the Buffalo Chophouse.

“I was looking to buy a restaurant for the last year and a half, but nothing made sense as far as the numbers go,” he said.

Then he learned about the Whitehaven Road space. “It’s going to be a tablecloth restaurant, with a nice feel to it,” Reda said. “It’s coming along nice, and will have full bar service.” 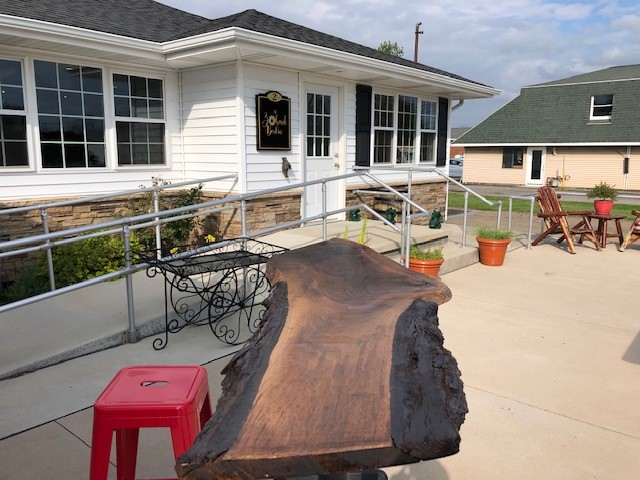 The restaurant will open at 10 a.m. and offer a brunch menu until 4 p.m., then change over for dinner service, Reda said.

Brunch will offer breakfast items like lemon ricotta pancakes, French toast (both $11) and a Greek omelette ($12), plus lunch regulars like a steak sandwich ($16), and a black bean burger. Appetizers will include lobster bisque ($9), and fresh burrata cheese with tomato and mango fennel slaw ($11).

Many of the appetizers, salads and pastas will continue for dinner, with the addition of entrees like lamb lollipops in harissa sauce ($27), chicken milanese ($24) and beef short ribs ($26). There will also be larger-format sharing plates like seafood paella ($42), and a cowboy steak with creamed spinach and bearnaise sauce ($52).

Zobud Bistro is named after his mother-in-law’s nickname for his daughter, Zoe, he said. “They were extremely close and Teddie passed away last year,” he said, making the restaurant name “a sort of a tribute to their relationship.”

Reda said that opening a place on Grand Island, where he lives, has been a longtime wish. Finally, he said, he’s doing what he wants, where he wants. “The place is five minutes from my house,” he said. "It's going to be nice."