When you're bundled under eight layers, including Under Armour, two parkas, long underwear, hunting gear and one of those hats that covers your ears, your physique will be well hidden.

Buffalo Bills fans can be thankful for that, as the new Delaware North concessions for the 2019 season are loaded with stick-to-your-bones comfort food. The Orchard Park fryers will be busy this season, especially considering the Bills play six of their eight home games after Oct. 26. Brrr.

Here's a look at the most enticing of the bunch.

Why it's interesting: Delaware North executive chef Jonathan Wilson confirmed this is the first time poutine would be available at New Era Field.

While it's a stretch from the traditional poutine from Quebec — known for its thick, rich gravy and cheese curds — the Bills concessions variety compensates with the bite of local Yancey Fancy's horseradish cheese and au jus. 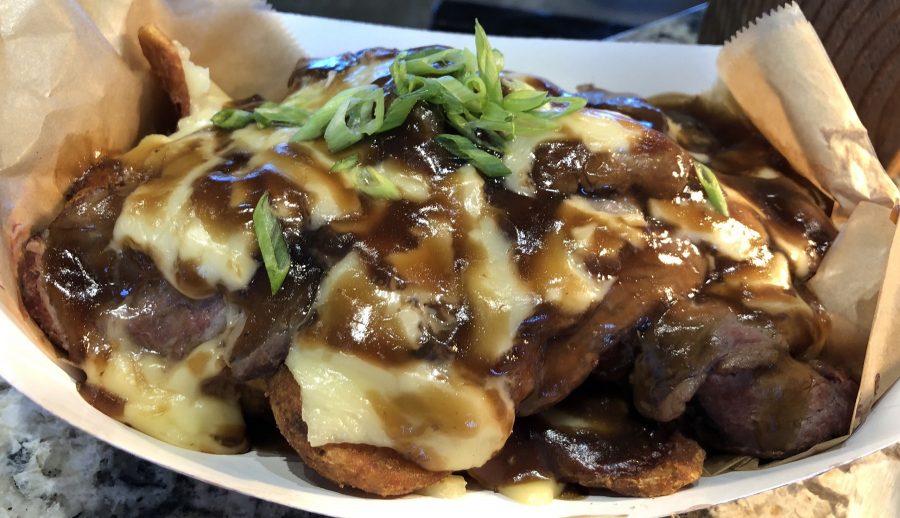 While local NFL games don't attract Canadian fans to the same degree as Sabres games, a sizable portion will still be pleased by this arrival.

If you go hard in the pregame tailgate, then the sidewinder fries will be a fun shape to play with.

Why it's interesting: This is a twist on Southern chicken and waffles, and it's the most outside-the-box of Delaware North's newcomers. Two more classic Buffalo companies enter the fray here, with Frank's RedHot proving it's more than a standard wing sauce and Bison Dip smoothing out a slaw.

The debate at the news conference centered on how this dish would be eaten: With fingers? A fork? Shoveled directly into the mouth? All are possible, though a fork is probably the way to go. 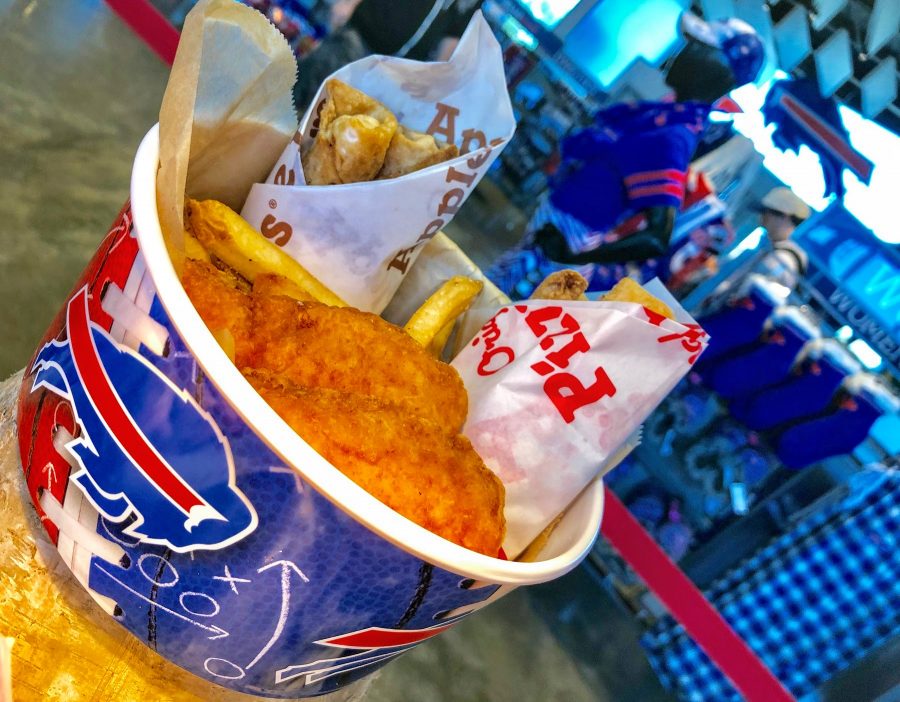 Why it's interesting: Well, it certainly fueled several Hucklebuckets quips on Twitter.

The bucket, emblazoned with the team logo, is eye-catching and arguably worth keeping, unless the grease from all of the fried food inside wins out.

Pizza Logs (and its sweet partner in crime, Apple Pie Logs) is a proud Buffalo company that makes a conveniently snack-able fried food. You might want some Pepto Bismol on hand after tackling this bucket.

Also added to the general concessions: a Greek chicken wrap with tzatziki and a meatball bomber, with three 2-ounce meatballs.

Why it's interesting: If you're going to eat 3 feet of anything, it may as well be a zesty Italian-style sub. (Also, this is probably for sharing; who are we to encourage gluttony?) Bakery 55, located in the back of the Labatt House and run by an affiliate of Pegula Sports & Entertainment, bakes all the breads and rolls for the Draft Room, 716 Food & Sport and the Healthy Scratch.

The K-Gun Sub is named after the Bills offense run by Jim Kelly. (Ben Tsujimoto/Buffalo News)

One more Bakery 55 note: Delaware North informed us that the bakery's exceptional brioche-based cinnamon rolls may be preordered, in batches of four, for suites, and will also be available in the Goal Line Club.

Why it's interesting: Suite-holders are already living large, and this saucy platter ups the ante. The carnivore's dream doesn't discriminate between pig and chicken, and it shouldn't be too much of a challenge for Delaware North to keep the meat tender.