It was nine days before the start of the Niagara Falls International Film Festival in 2018, when the world changed forever for event founder and President Bill Cowell.

Life was already challenging for Cowell, who had been providing home care for his wife, Karen, after she spent five months in the hospital following a brain hemorrhage. Then, on Sept. 15, they received word that their daughter, Alyssa, had died.

“She woke up at 4 in the morning and couldn’t breathe. … by the time they got to her she was brain dead,” Cowell said about Alyssa, 26, who died from a reaction to her asthma.

Cowell remembers the time “as a blur. It was tough - the hardest thing I ever went through,” he said. With the help of others, he moved forward with the 2018 festival. "I thought, 'I'm not gonna fold. The best way to go forward was to do it in her memory. Since Alyssa was 5, she was involved in everything I did. She helped me organize the film festivals."

With the one-year anniversary of Alyssa's death just passed, Cowell is putting the full emphasis on helping others for the 2019 festival, taking place Sept. 18 to 21 at the Rapids Theatre and Regal Cinemas Hollywood 12 in Niagara County. 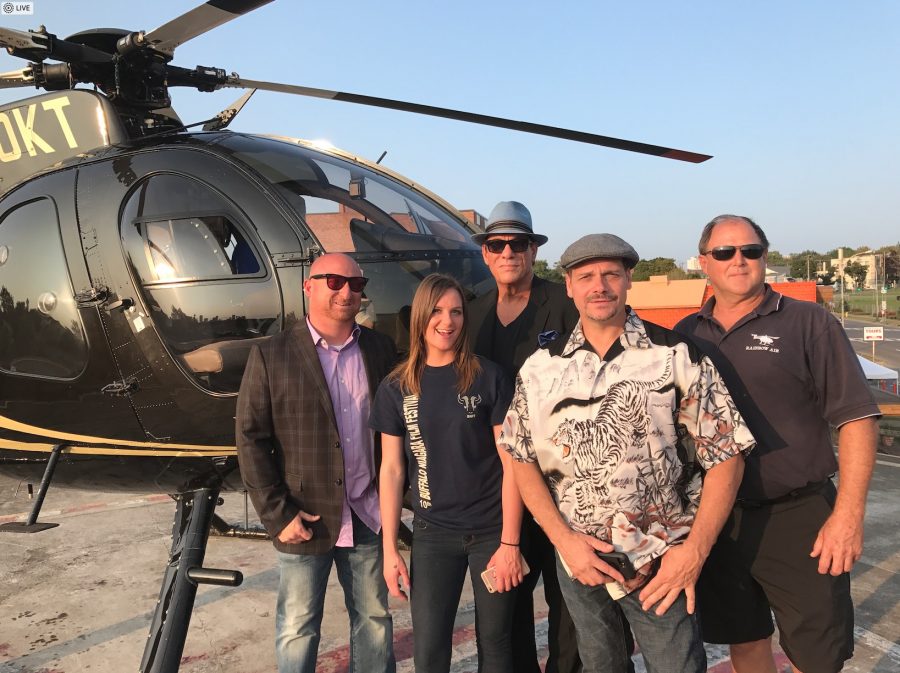 “This is a festival for causes now,” Cowell said, in announcing the creation of the Alyssa Justine Cowell Youth Foundation. “We’re doing things in honor of Alyssa and keeping her memory alive. Everyone in their 20s thinks nothing can happen to them - that they can self-medicate and not see a doctor. The focus will be to make people more aware of their conditions and to help families that have had a rough time."

Cowell also is working with the rebranded ConnectLife (formerly Unyts), a local organ and blood donor service. “She was an organ donor and she saved a lot of lives with her gift of life,” he said of his daughter. To that extent, a complimentary film ticket will be given to anyone who participates in the blood drive during the film festival. To pre-register, email info@nfiff.com with NFIFF Blood Donation Drive in the subject heading.

Additionally, Cowell said that Regal Cinemas, where Alyssa worked, has approved a scholarship fund in her name.

The NFIFF opens Sept. 18 with a red carpet gala in the Rapids Theatre (1711 Main St., Niagara Falls) and continues through Sept. 21 with screenings in the Regal Cinemas Hollywood 12 (720 Builders Way, Niagara Falls). The festival has an expanded schedule with 27 feature films and 44 shorts. Oscar-winning actor Louis Gossett Jr. is among the stars who will be in attendance. Distinguished director Samuel Fuller will be celebrated with screenings of such films as “The Naked Kiss” (1964), “Hell and High Water” (1954) and “Shock Corridor” (1963).

Also look for appearances from Xander Berkeley (“The Walking Dead,” “24”), Jackson Rathbone (the “Twilight” films) plus Robert Carradine, Perry Lang, Kelly Ward and Bobby DiCicco who all starred in Samuel Fuller's "The Big Red One."

Movies with a local connection include:

"Risking Everything: A Story of Niagara’s Freedom-Seekers," by Amherst residents Mary G. Roseberry, co-director and co-producer of the film with her husband, Isadore “Izzy” Bleckman, an Emmy winning photographer. It will be shown at 2 p.m. Sept. 20.

"Sing You a Brand New Song: The Words and Music of Coleman Mellett" about jazz guitarist Coleman "Coley" Mellman, who died at age 34 in the crash of Flight 3407 in Clarence, will be screened at 6 p.m. Sept. 20.

The documentary “Among the Hemlocks: Fantastic Stories from Fredonia, NY,” produced and directed by SUNY Fredonia Department of Communication Associate Professor Roslin Smith, plus two student films, “Aberration” and “A Serious Score,” will all be shown Sept. 20.