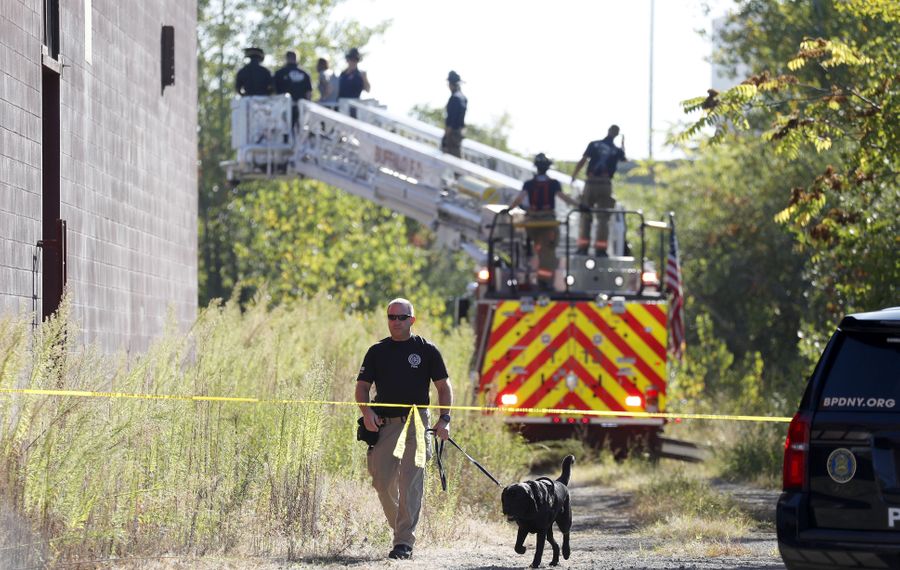 A burned-out vehicle with human remains inside.

Three people from Florida who are missing.

A 3-year-old Florida boy found sleeping alone on a West Side porch.

The three incidents all came to the attention of Buffalo police on Monday. Now they are trying to figure out if, and how, they might be linked.

Members of a Florida family on Tuesday said they are awaiting word from investigators about whether the bodies found inside a burned-out vehicle in Black Rock on Monday are the parents of a toddler found sleeping alone on a West Side porch earlier that day.

Three people from Florida, including the boy's parents and a family friend, are considered missing by police.

The parents were identified as Nicole Marie Mersed Plaud, 24, and Miguel Anthony Valentin-Colon, 31. Dhamyl Mirella Roman-Audiffred, 29, was identified by police as their friend. They may have arrived in Buffalo late Sunday night, Buffalo Police Capt. Jeff Rinaldo said at a news conference Tuesday.

Mersed's and Valentin's son, Noelvin, was found on Potomac Avenue.

Police say it will take time before the remains found in the burned-out vehicle Monday behind Black Rock Mini Storage on Tonawanda Street are identified.

For now, the couple and their friend are considered missing persons, said Rinaldo, who called the situation "a complicated investigation."

"It's going to take quite some time to put this all together," Rinaldo said.

But the family of the missing couple fears they were killed in the car fire.

The last time the family heard from Valentin or Mersed was about 6 p.m. Sunday, said Zenaida Colon, Valentin's mother.

Valentin had taken his car in because of a recall and had a rental, a white Chevrolet SUV, Colon said. She said she thinks her son may have been taking advantage of the rental and was taking his family on a road trip. Their family often takes long road trips, she said. 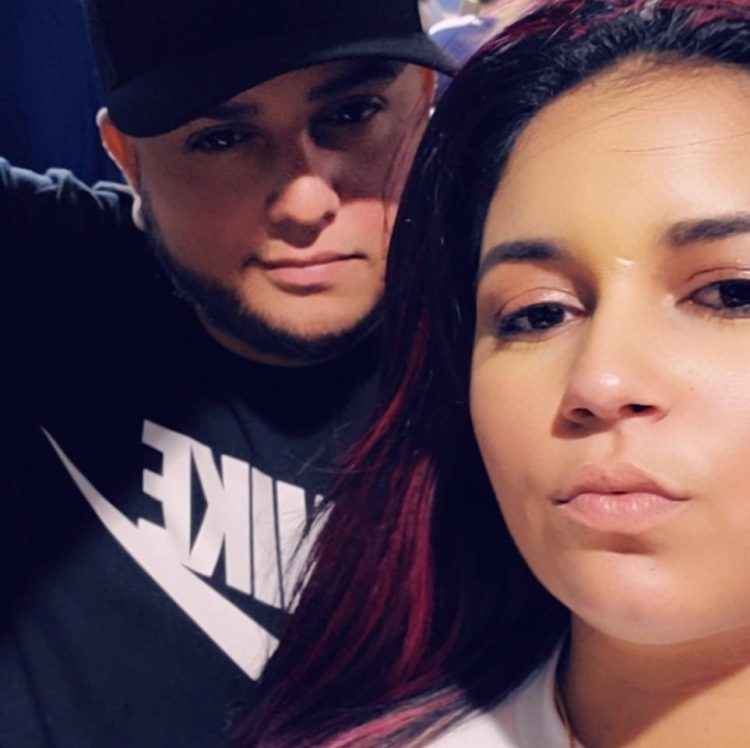 Miguel Anthony Valentin-Colon and Nicole Marie Mersed Plaud are the parents of the 3-year-old found sleeping alone on a West Side porch Monday morning. (Photo courtesy of a family member)

Colon's daughter was the last person known to speak with Valentin, according to his mother. “It was a normal conversation,” Colon said. But after that, there was no communication.

Colon’s daughter grew worried after she didn’t hear from them again. On Monday morning, after still hearing nothing, Colon started worrying that they could have been in an accident. She started looking around social media and saw the posts about Noelvin being found, she said.

Colon took the first flight she could get to Buffalo, not even packing clothes for the trip. In the meantime, she heard about the burned car. She was joined at the scene by Nicole’s mother and the mother's cousin, Milly Rivera, who lives in Dutchess County. The rest of the family is from Orlando.

The toddler is in the custody of Erie County Child Protective Services and authorities are working to have the boy reunited with the family members who have arrived here from Florida.

"I'm just waiting for that call from social services" so she can see him, Colon said. She said her son is a truck driver and Mersed is a stay-at-home mom who was hoping to go back to school.

"They are just regular parents," she said. "Great parents."

Police and fire investigators on Tuesday morning combed through the charred remnants of a burned-out vehicle in a wooded area behind Black Rock Mini Storage at 111 Tonawanda St.

Police were called to the fire scene on Tonawanda Street just before 6 p.m. Monday.

The fire is believed to have started at about 3 a.m. Monday, Rinaldo said. By the time police were called to the scene late Monday afternoon, the fire had burned itself out, he said.

Police said they don't believe the vehicle fire would have been visible from surface streets, but may have been able to be seen from the elevated section of Route 198 or I-190. The location of the vehicle fire was far off the road behind a three-story brick building. There aren't any homes nearby, with an industrial building across the street being converted into apartments. The neighborhood includes lots of open areas with trees.

Construction workers at the apartment project on Tuesday said they left the site about 3 p.m. Monday and hadn't noticed anything unusual.

The extent of damage to the burned vehicle is making it difficult for investigators to identify the type of vehicle, its contents or where it was from, Rinaldo said.

The toddler was found about 8 a.m. Monday curled up on the porch of a house on Potomac near West Avenue. Rinaldo, at a news conference Monday, said officers immediately began canvassing the neighborhood in search of parents or a guardian of the child, to no avail.

Police said the toddler appeared to be in good health.

As of Tuesday morning, police had yet to receive a report of a missing child matching the boy found Monday morning.

"The child is not extremely verbal, which made it difficult for us to attempt to figure out the circumstances of this child's appearance on the porch this morning," Rinaldo said Monday.

The child was unable to tell police his name or the name of his caretaker, Rinaldo added.

"It's extremely odd that after this amount of time has passed that we wouldn't have received a missing child call by now. We see a fair amount of children that wander away, especially if grandma or grandpa happen to be watching them. You know, a child will wander out a side door, and it usually takes anywhere from 10 minutes to 45 minutes before the calls start for a missing child, and we have not seen that in this case," Rinaldo said.

From left, Miguel Anthony Valentin-Colon, 31; Nicole Marie Mersed Plaud, 24; and Dhamyl Mirella Roman-Audiffred, 29, who are from Orlando, are considered missing in Buffalo. (Photo courtesy of the Buffalo Police Department)

Police posted a photograph of the child on the department's Facebook page.

Valentin-Colon and Mersed Plaud have two other children, both of whom are safe in Florida, according to their family.

Police are looking for surveillance video and are trying to determine how the boy ended up on Potomac Avenue.

"It's very important to us to start putting together a timeline of events," Rinaldo said.

Investigators ask anyone who may have seen smoke or fire in the area of Tonawanda Street near Route 198 or I-190 early Monday or who may have had contact with Valentin-Colon, Mersed Plaud or Roman-Audiffred to call homicide detectives at 851-4466. Information may also be directed to the department's confidential tip line by calling or texting 847-2255.