The arrest of a City Honors teacher this week happened because four middle-school students stepped forward to report what they thought was creepy classroom behavior, but which turned out to be far worse than even they realized, authorities said.

That took guts on their part.

“All the credit to them. I’m sure it wasn’t easy," said U.S. Attorney James P. Kennedy Jr.

It also may be a sign that, in an age of priest scandals and the Child Victims Act, the message to report abuse or exploitation against children is being heard, along with the reassurance that their allegations will be taken seriously.

“The message to our students and to young people everywhere is, if you say something, we will do something,” Kennedy said.

Hingston, 59, of Amherst, is accused of using a GoPro camera to covertly take pictures or recordings of unsuspecting female students. In one case, a student reported the teacher taking a picture of a girl's breasts. When authorities looked at his videos, what they say he was doing turned out to be far more disturbing.

The criminal complaint against him describes numerous recordings taken from Hingston's camera that show him rubbing his unclothed genitals against girls, often along the back of their hair. He did it surreptitiously in class, according to court papers, when the girls were working on a laptop, for example, and weren’t paying attention to what he was doing.

Authorities cited 24 videos in which Hingston uses or tries to use students in his sexually explicit conduct.

“I think we’re starting to realize as a country how widespread some of this sort of behavior has been and how much suffering and harm it has caused to children,” Kennedy said Friday. “We’re trying to be sensitive to it and responsive to it so others aren’t victimized.” 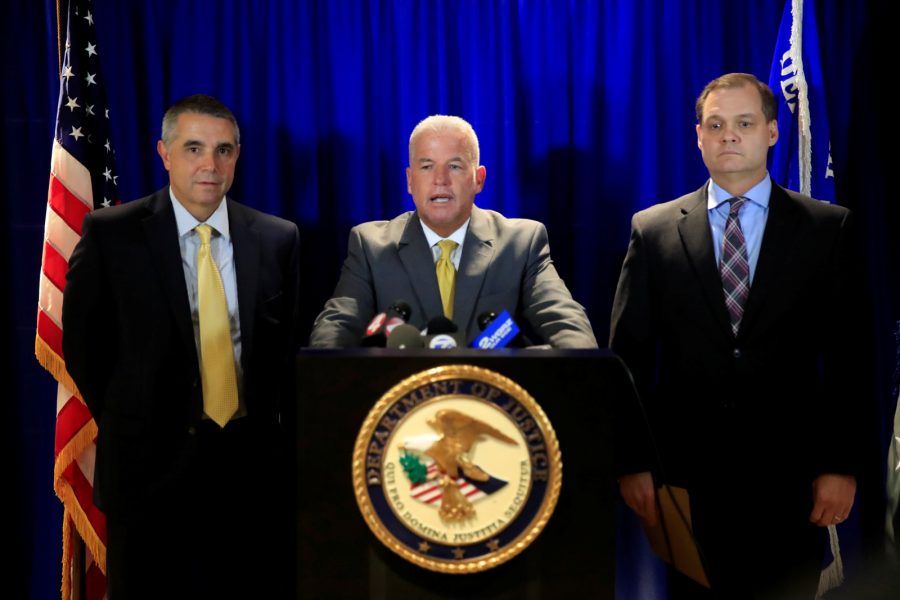 As for what the four students did, Kennedy hopes it’s a sign the tide is turning and more people are feeling empowered to report these type of cases against the backdrop of the Child Victims Act, the sexual abuse scandal involving Catholic priests, and the Me Too Movement.

It’s hard to really know whether the attention on these larger national issues is giving people, including kids, more confidence to report cases, but that wouldn’t be a stretch, said Amanda Nickerson, a professor of counseling, school and educational psychology in the University at Buffalo Graduate School of Education.

“So many of our efforts now with students in school, and the general public, have been this focus on ‘See something say something,’ ” Nickerson said.

“I think part of it is legislation, but a lot of it is the culture and climate and attention to these issues that schools really are needing to take them more seriously – and they are,” Nickerson said.

On Friday, a day after Hingston’s arrest and appearance in federal court, social media was still abuzz with City Honors students and parents who had long heard rumors about odd behavior from the teacher. They want the district held accountable for the teacher's actions.

There was still a sense of anger and hurt and the need for more answers.

How could this happen?

How did this go on unnoticed?

“The district, from the moment that it became aware that there was an allegation at City Honors, put the teacher on administrative leave – immediately – and contacted the proper authorities for them to conduct a criminal investigation,” Kuzma said.

The FBI began an investigation into Hingston’s alleged conduct after learning Buffalo police were looking into whether Hingston had produced child pornography.

Some parents had expressed frustration at the lack of information from the school district about Hingston’s removal, but the district couldn’t compromise the investigation, Kuzma said.

"The system worked as it should here," Kennedy said.

“If you know something and you see something, say something to a responsible adult in the building that you trust, who is then required by law to report it, and it will be handled,” Kuzma said. “And the school district and parents and community leaders need to keep reiterating that message.”

It's not easy to step forward and make an accusation against an authority figure, Kuzma said.

"It took a lot of courage," Kuzma said.

“I hope that it can be one of those positive examples,” Nickerson said, “not that it happened, but about how if people do see something and say something, and it’s followed through by the people in authority, it really can make a difference and it will make change for the better.”

A parent of one of the four students emailed The Buffalo News and said the boy did not see anything explicit but was uncomfortable with the way pictures were being taken of girls.

“I am very proud of him for taking the initiative at 12 years old, to report something he felt was wrong to administration,” the parent said. “I don’t know if I could have done that.”

Read the criminal complaint against Peter Hingston below. Caution: The complaint contains explicit descriptions of what authorities say was in his videos.