It is one of the most noticeable trends in local television news in Buffalo.

To borrow a phrase from WKBW-TV’s promotional campaign, women reporters are everywhere.

Of the last 23 new reporting hires made at the three over-the-air network affiliates in a little more than a year, all but one has been a woman.

It's part of a trend in the broadcast business that experts attribute mostly to supply and demand: a higher number of women with journalism degrees and the relative scarcity of men seeking jobs in a market this size when one becomes available.

“Whenever we have an opening, we do a search or have people in mind we have been in contact with,” WGRZ-TV General Manager Jim Toellner wrote in response to the question of how this trend has developed. “We hire the most talented and dedicated person we can for any position. I can’t speak in generalities, but we were extremely lucky to find these individuals at the time.”

The hires by station are: 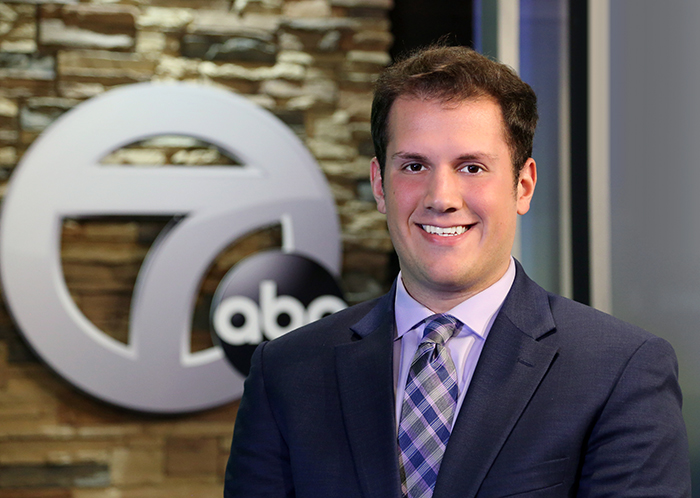 Representatives of the other two broadcast network affiliates in town joined Toellner in saying there was nothing insidious about the hiring pattern.

A look at the on-air staff on the station website reveals five of the 12 men on the air are in the weather and sports departments and three more are anchors. Nine women and four men are on WKBW’s staff primarily as reporters.

“You always want to have a staff that’s representative of your market; in front of or behind the camera,” wrote WIVB-TV General Manager Dominic Mancuso.  “I think recent hires here have been more a matter of who left and/or what we felt the need was."

Several of the station’s former female reporters – including Jenn Schanz, Rachele Mongiovi, Angela Christoforos, Kaylee Wendt and Marissa Perlman – left in the last year and have been replaced by women.

By an unofficial count, WIVB-TV’s on-air staff consists of 27 people – 16 women and 11 men. The weather and sports departments have five of the 11 men.

Some of the new hires at WKBW have come there by way of a partnership between the S.I. Newhouse School of Public Communications at Syracuse University and the station's owner E.W. Scripps in which Syracuse graduates work at a Scripps station for a year to get experience as broadcast journalists. So in addition to having more female reporters, WKBW tends to have a younger staff.

A look around the dial shows that the most veteran reporters in Buffalo tend to be male. At WGRZ, that includes Steve Brown, Dave McKinley, Michael Wooten (who also anchors) and, to a lesser degree, Jeff Preval, but doesn’t have any male reporter who recently graduated from college. At WIVB, the staff includes Al Vaughters, Luke Moretti and Richert, all of whom have more experience than any female reporter on staff.

Former WIVB operations manager Nancy Sanders, who was called the “heart and soul” of local television before leaving WIVB-TV (Channel 4) in June after working a combined 45 years at all three local news departments, said the reason there are so many more female reporters than male reporters in Buffalo TV is because male reporters are harder to find and harder to keep. The good ones without ties to Buffalo leave small markets – Buffalo is now the No. 52 market, one spot ahead of Providence, in the country – for bigger markets. And, Sanders said, male reporters also are more apt to leave the business.

Amy Falkner, the interim dean of the S.I. Newhouse School of Public Communications at Syracuse University – where the female-male enrollment is about 60-40 percent –  said in an email that she recently met with the freshmen class and their parents. She said all the male students she talked to were interested in sports journalism.

Christopher Tuohey, an associate professor and chairman of broadcasting and digital journalism at Newhouse, said he has had the same experience.

“So, there’s more women are hitting the job market for entry level jobs, and I think that has a lot to do with how the hiring goes,” said Tuohey, adding: "It is just there are a lot more women who are interested in being on air in television news then there are men.”

Sanders said she found that male reporters were more likely to leave the business because of money. Tuohey, who has been in academia for about 20 years after being in television news for about 20 years, said that seems to be a factor. He noted a colleague told him years ago that “at least on a couple of occasions, it seemed that parents of male students were more concerned about the low starting pay in broadcast news than parents of female students.”

“Now I have never directly myself experienced that just to be clear, and it sounds odd to me that that people think that way, but perhaps there is something to that,” he said.

“But let's be honest, the pay is not great to start in broadcast news in most cases and college is not cheap … and this would be true of male and female. Certainly you've got this pressure of entering the workforce with a lot of college loans in a business that doesn't pay a lot to start. I mean that's got to be part of the calculations you do and how that and how that impacts it gender-wise, I have no idea, but it certainly leads to people leaving the business."

But Tuohey said that seems to be a more minor issue.

"The bigger issue is there are just not that many males going into broadcast news as there used to be,” he said.