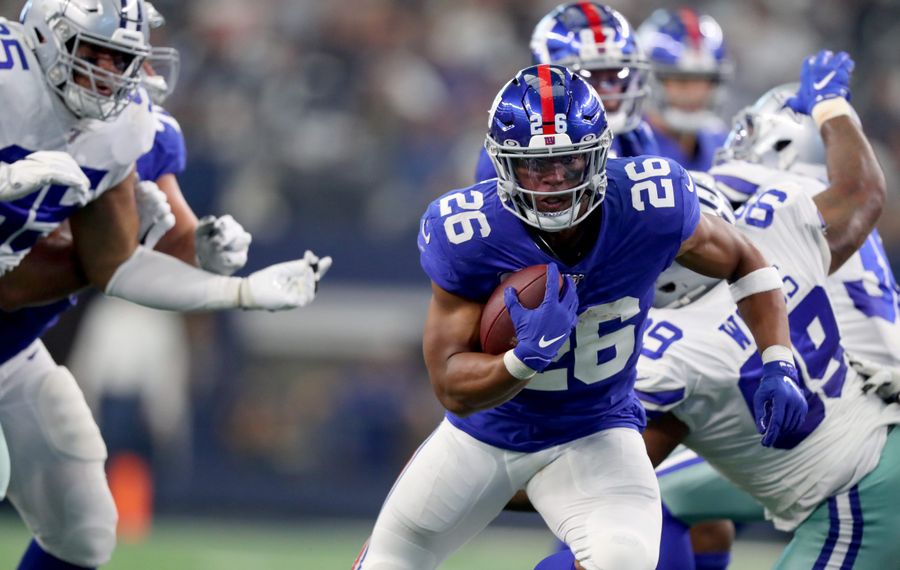 The Buffalo Bills should be 2-0 after this one. Assuming the Bills don’t repeat the self-destructiveness they showed against the New York Jets, it probably won’t be as difficult to get there as it was to win the opener.

The New York Giants have a terrible defense that Josh Allen and the rest of the offense should be able to exploit from the start on the ground, as well as through the air. Saquon Barkley will challenge the defense, but not enough to offset the Giants’ other deficiencies.

The Bills’ offense should be able to pull its weight this week. The Giants will need to blitz to create pressure on Josh Allen, and that should create opportunities for pass plays down the field. The Bills are catching New York at a good time. I’d rather face them early, while Golden Tate is suspended and their young defenders are sorting things out than late, when their youngsters have gotten more comfortable and Daniel Jones has taken over at quarterback.

A loss this week would mean the Bills would need to steal a game later in the year against one of the tougher opponents on the schedule. It would be much better to get the job done a second week in a row in MetLife Stadium.

This is a game the Bills have to win if they are to be taken seriously as playoff contenders. Outside of Saquon Barkley, the Bills have the more talented team. Given the injuries New York is dealing with at wide receiver, Bills defensive coordinator Leslie Frazier can devote most of his attention to limiting Barkley.

On the other side, there is no reason Josh Allen shouldn't have a big day. The Giants have no pass rush to speak of and had all sorts of issues in the secondary in Week 1. Allen is undoubtedly looking forward to the chance to show Giants coach Pat Shurmur his pre-draft scouting report was wrong. The thinking here is he does just that.

Who has the home-field advantage? The Bills return to MetLife Stadium for the second consecutive week, and they should win again. The Giants have little pass rush, a weak secondary, a wide receiving corps crushed by injuries, including Sterling Shepard’s Week 1 concussion and the suspension of Golden Tate. But I don’t see this turning into a cakewalk. Josh Allen and the offense are prone to making mistakes, and as spectacular as the defense was in last Sunday’s triumph against the Jets, it’s unreasonable to expect that type of performance every week. Buffalo returned 10 starters from last season’s defense, which was mediocre against the run, and Saquon Barkley rates among the most dangerous players in the NFL.

This might be the most obvious observation from the Bills' win at the Jets: The offense needs to protect the ball better, and the defense bailed out the Bills in their win at MetLife Stadium.

The Bills' defense will be productive, but the offense needs to unleash running back Devin Singletary for an entire game and take some of the pressure off Josh Allen, who threw for 254 yards and had a strong fourth quarter but was intercepted twice and had a 71.2 passer rating. But the defense, who stood up so well last week, has to do it again against the Giants, who got plenty of production from quarterback Eli Manning and running back Saquon Barkley in the opening loss at Dallas.

Analysis: It's hard to fool Eli Manning, but Bills D has the edge, anyway