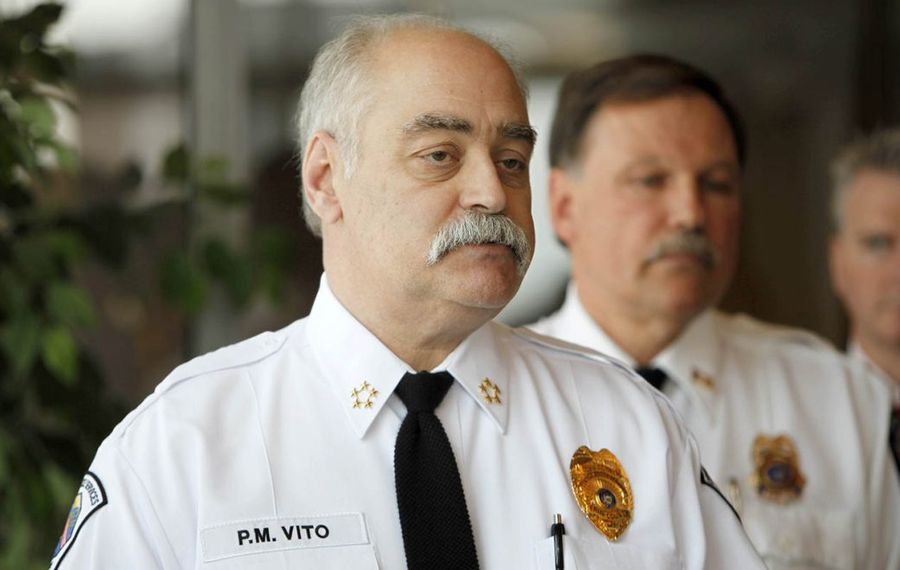 WASHINGTON — Peter M. Vito on Wednesday withdrew from consideration to be U.S. marshal for the Western District of New York, weeks after Senate Minority Leader Charles E. Schumer doomed the Buffalo private detective's nomination out of concern that the job should go to someone from the Rochester area.

But Vito — whom President Trump chose at the request of Rep. Chris Collins, a Clarence Republican — didn't exactly go quietly.

"It is disappointing to see that some have based their primary qualification for this job on one’s residence," Vito said in a letter to Trump. "I firmly believe law enforcement positions should be solely based on qualifications."

Trump nominated Vito for the job in early May, about two years later than most new presidents would do so.

Vito's selection quickly ran into opposition from Schumer as well as Rochester-area politicians from both parties who wanted a longstanding tradition to continue. That tradition holds that in the Western District of New York, the U.S. attorney will come from metro Buffalo while the U.S. marshal will be from the Rochester area.

Schumer, a Democrat, said that when he had the power to suggest U.S. marshal nominees while Democrat Barack Obama served as president, "I kept this longstanding and meaningful tradition because it is rooted in common-sense, regional balance and fairness."

And thanks to a longstanding Senate tradition that gives the state's senators the right to block the nomination of any local Justice Department nominee that they oppose, Schumer's opposition doomed Vito's chances.

Collins, a close ally of the current Republican president, pushed for Vito's nomination despite the longstanding tradition that Schumer wanted to honor. Vito had served as Erie County's commissioner of central police services when Collins was county executive from 2008 to 2011.

“It is unfortunate that regional politics and archaic Senate rules are depriving local law enforcement of a qualified professional as U.S. marshal for the Western District of New York," Collins said in a statement on Wednesday. "Peter Vito is the consummate law enforcement professional and his strong background is the reason why President Trump nominated him to this position."

But Vito's Buffalo-area residence was by no means the only reason his nomination drew widespread criticism. Collins is under federal indictment on felony insider trading charges, and while he denies the charges, some have said he should not be choosing a Justice Department official whose duties include securing U.S. courthouses and overseeing the transport of convicted felons to prison.

"I think the appearance of a conflict should be a consideration," Rep. Brian Higgins, a Buffalo Democrat, said earlier this year.

Vito cited Schumer's opposition in his letter to Trump.

"The position of U.S. marshal is too important to law enforcement in the Western District to remain unfilled by your appointee," said Vito, who thanked Trump for his support. "It is my sincerest hope that my withdrawal will allow another qualified candidate to be nominated."

Meanwhile, Schumer's spokeswoman indicated that new nominee ought to be from the Rochester area.

“We look forward to vetting the next nominee from the White House and urge them to respect the precedent of professionalism and geographic balance for this important law enforcement position,” said Schumer spokeswoman Allison Biasotti.