Dr. Fadi Dagher is putting himself on the grid – so to speak.

Dagher's Cedarland Development Group, in partnership with a Utah developer, has broken ground on a major new residential project in the city.

Located on the site of a former run-down motel just north of the Buffalo Niagara Medical Campus, the $35 million project is designed to cater to graduate students and professionals who want to live within walking distance to a host of medical institutions.

Situated at the corner of Main and Dodge streets, it's just blocks from Buffalo General Medical Center, Roswell Park Comprehensive Cancer Center, Gates Vascular Institute and Oishei Children's Hospital, as well as the Conventus Building and University at Buffalo's Jacobs School of Medicine and Biomedical Sciences.

Dubbed the Grid, the five-story apartment complex at 1155 Main St. will feature 217 housing units, along with three first-floor commercial spaces. Plans call for 85 one-bedroom, 17 two-bedroom and 115 studio units, ranging in size from 400 to 1,000 square feet and renting for market rates.

The 1,000-square-foot commercial spaces open onto Main, and are aimed at coffee shops, small restaurants or related uses, but have not yet been leased. The ground floor includes residential amenities and office and co-working space, while the fifth floor will feature an interior lounge and virtual reality room with an adjacent rooftop deck.

The 128,890-square-foot building will occupy a 1.551-acre site that has been vacant since the former Buffalo Tourist Lodge was demolished in July 2014. It was previously a gas station.

The wood-frame building would feature a facade of metal panels, some brick and some wood features, with curved roof and awning lines to replicate the curve of Best Street. It will also showcase architectural lighting designed to mimic the street pattern along Main, while also indicating where the Metro Rail train is moving along its route – hence, the building's name, the Grid.

The project, which includes 89 parking spaces and 100 bicycle spots, is designed as a transit-oriented development, with a Metro Rail station on the same block and several bus routes nearby.

The Grid is the largest project undertaken so far by Dagher, a former Kaleida Health surgeon-turned-developer who broke onto the real estate scene locally when he teamed up with a Middle Eastern hospitality company to buy the Holiday Inn Grand Island in 2013. Since then, he invested in office properties at Waterfront Village and on the East Side – including the former Sattler's Department Store building at 998 Broadway, the former Eckhardt Building at 950 Broadway and an industrial building at 642 Broadway – before turning his attention to downtown Buffalo. 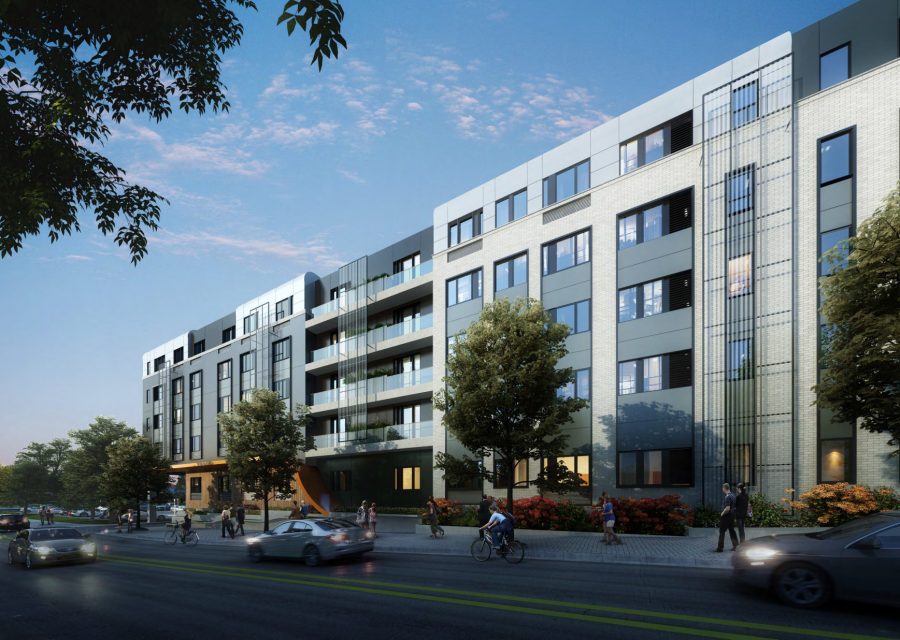 He's working with Provo, Utah-based student-housing developer Blackfish Investments on the new project, which was already approved by the city. The Blackfish partners – including David Freeman of DF Fusion Investments – have developed projects in Utah, Colorado, Arizona, Nevada and Florida, and are currently working on a student housing project at 2929 Main called Rails on Main.

Cedarland has been planning to redevelop the Main Street property since the company bought the derelict motel and adjacent land for $1.91 million in 2014 and 2015. Initial plans involved a Sleep Inn, and later a four-story office building.

A formal groundbreaking ceremony is scheduled for Thursday at 2 p.m. Completion is slated for September 2020.