After an intense final round of concert performances, the judges in The Buffalo News’ Battle for the Borderland have determined a winner.

This was no mean feat, as all three bands that progressed to the finals – Two Hills Reloaded (Sportsmen’s Tavern), the Greg Klyma Band (42 North Brewery) and Uncle Ben’s Remedy (Buffalo Iron Works) – put on killer shows at their respective venues and received strong support from the audiences in attendance.

Ultimately, however, the judges (Jennifer Brazill of Borderland, Josh Holtzman of Buffalo Iron Works, Jeff Miers of The Buffalo News, and Rich "Bull" Gaenzler from 97 Rock) chose Two Hills Reloaded – a country-rock-folk ensemble that has been perfecting its vocal harmony-heavy sound in Western New York since the late '70s – as the Battle for the Borderland winner. 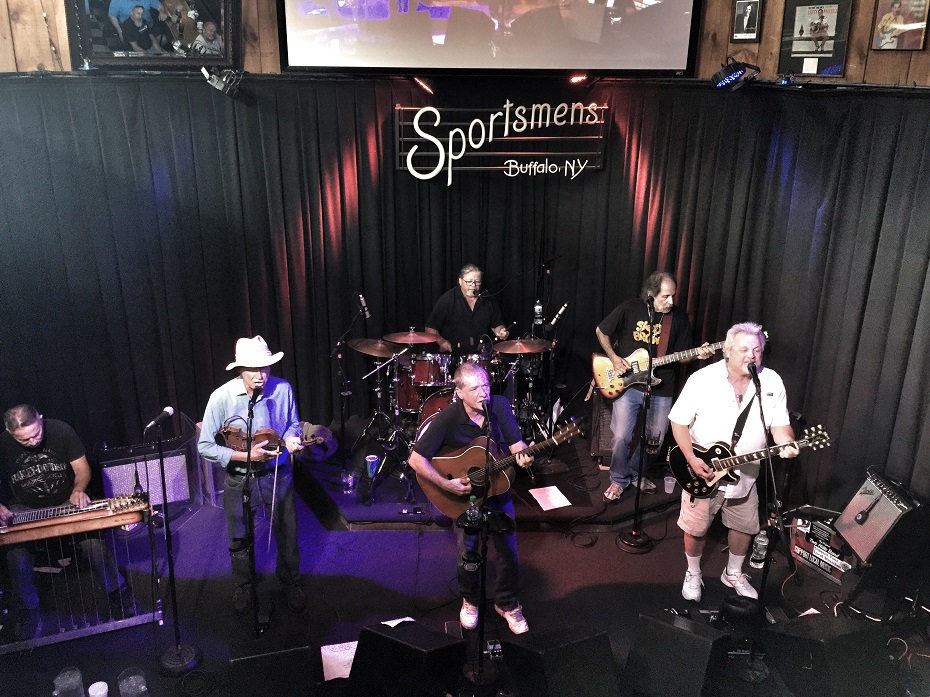 Two Hills Reloaded, during their Battle for the Borderland-winning performance at the Sportsmen's Tavern. (Photo by Jeff Miers)

As the Battle for the Borderland winners, Two Hills Reloaded will perform as part of the 2019 Borderland Music & Arts Festival on Sept. 22. The band will perform a one-hour set on the Homespun Stage beginning at 3:30 p.m.