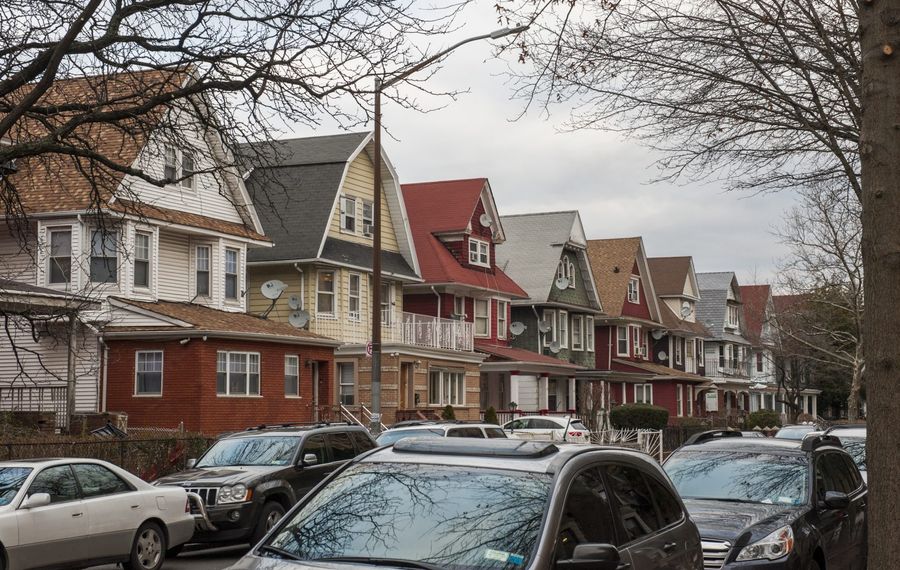 Low interest rates are driving mortgage refinancing to its highest level in about three years.

So if you haven't yet refinanced, should you join the rush?

The average interest rate for a 30-year fixed mortgage is 3.55%, the lowest since November 2016, according to Freddie Mac. That was down sharply from an average of 4.51% a year ago.

The Mortgage Bankers Association reported 62% of mortgage applications were for refinancing, about the highest percentage in three years. Some experts warn the surge of applications could cause delays in the approval process.

For homeowners considering refinancing, there's the fork-in-the-road question: Should you wait longer in hopes that interest rates will drop even more, or lock in a rate and get started?

If refinancing works for you, the benefits can be substantial. Sam Khater, Freddie Mac's chief economist, said households that refinanced in the April-through-June quarter will save an average of $1,700 a year, equal to about $140 per month. Those savings can be redirected to other purposes, such as paying off credit card debt.

Nicholas L. Buscaglia of M&T Bank has seen low-rate moments for refinancing come and go over the past 30 years.

Buscaglia calls the decision about whether or not to refinance "merely a math equation."

A quick example: If it would cost you $2,500 to refinance, and would save $50 per month on your monthly payment, you would have to stay in your house just over four years in order to break even. If you plan to remain in your house longer than that, then you'll come out ahead.

Experts say it's essential to consider the big picture with refinancing, especially the fees attached. Compare those fees to refinance with what you would generate in savings.

While homeowners wonder whether rates might dip even lower, some perspective is in order. Twenty years ago, the average rate was 10.32%, according to Freddie Mac data. And the last time the annual average rate topped 6% was in 2008.

Holden Lewis, who specializes in real estate and mortgages for Nerdwallet, says it's a mistake for homeowners to try and time the market.

"You don't know what's going to happen with mortgage rates tomorrow or next week," he said.

So if you see a rate you feel comfortable with, you're better off locking it in, rather than waiting for something that likely will be only a little bit better – at best, he said.

Even recent homebuyers can take advantage of refinancing, Lewis said.

Along with analyzing the fees and the break-even point, Lewis said homeowners should think carefully about the term of the loan they want.

One such example: Say you're a homeowner who got a 30-year, fixed-rate mortgage three years ago, and you refinance into another 30-year mortgage.

"You're kind of taking a step backward if you refinance and start all over again with a 30-year loan," he said.

In other words, you're extending the amount of time you're making those payments, by resetting the clock to 30 years.

Lewis suggested another approach. Ask the loan officer to run the numbers for you to see what the monthly payments would look like for loans in different increments of years. (Nerdwallet has an online refinance calculator that can help you with your research.)

"You're just balancing your ability to pay every month and minimizing the total interest you're going to pay over the life of the loan," Lewis said. Then determine whether you're financially capable of making those payments.

If you opt for a shorter-length loan, you might face higher monthly payments. But if you can absorb that, there's an upside. In other words, if you have a 30-year loan, see what the payments would be if you reduced the term on your refinanced mortgage to 20 years or even 15.

"You're going to be paying that mortgage for a much lesser period, so your total interest payments over the life of that loan will be a whole lot less, and you'll build equity faster," Lewis said.

A whole lot of people are submitting applications to refinance these days. Lewis said that is something else to consider.

"One lender just might be so busy, that they kind of don't need your business, and so they give you a higher rate than the next lender," he said. Lewis suggested shopping at least five lenders at peak times like these.

And most of all, Lewis said, don't feel bad if you lock in a rate now, only to watch interest rates dip some more. "Focus on the good thing you did, which is, you refinanced to save some money."