What do you get when you cross a voracious reader-writer, and lover of legend and myth, with a former social worker?

In the case of Shannon Traphagen, a series of novels titled “Finding Morgan: A LeFay Trilogy.”

Traphagen, of Hamburg, recently released the first book in her series about a young woman who shares a name with the sorceress capable of both good and evil who, legend has it, whisked a mortally wounded King Arthur away from a battlefield centuries ago and healed him.

The modern-day Morgan also lives in the British Isles, daddy’s girl to a father who puts her mother into a psychiatric hospital. The young Morgan turns out to be raised by the scorned mother after the tragic death of her father.

At 18, Morgan leaves her family and her country, then marries in America, in hopes it can erase the trauma of her past. Instead, she drags her troubles with her and finds new ones – a common challenge for clients of mental health counselors around the world.

How does she cope? To find out, you’ll have to start with the first book, “Finding Morgan,” now available through Book Baby Publishing. It can be purchased on Amazon, Book Baby Book Shop, Google Books, Barnes & Noble and GoodReads.

One need only look at how Traphagen chose the initials S.M. to write the trilogy, instead of using her first name, to see where she drew some inspiration.

“The book really comes back to this theme of light and darkness, and battling certain evils, and what that looks like,” said Traphagen, a freelance writer and associate publisher of Buffalo Healthy Living magazine. “If you look at the dementors in ‘Harry Potter,’ they are [author] J.K. Rowling's representation of depression and real true darkness. Morgan goes through something similar to that but in a different vein. It's this battle for her future and the future of her family.” 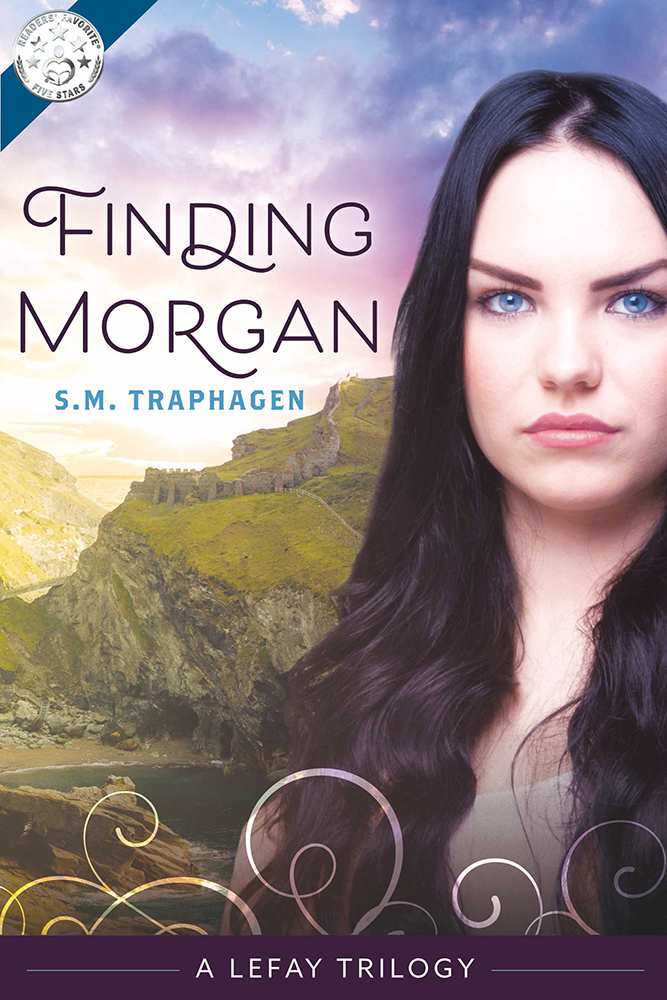 The cover of "Finding Morgan."

Q: What types of people and readers do you believe will be the most drawn to this story?

I'd say anyone from the ages of 16 and up. I classify the book as a new adult fiction.

Q: What role has your social work background played in developing the characters?

I've definitely pulled from it and the idea of bullying and anxiety in particular, especially in youth, adolescence, young adulthood. Those are really hard for some people to understand. That constant worry or fear of how you’re going to feel from day to day is very real. … Morgan's foundation is really based on this very ruptured, fractured relationship she's had with her mother for so long, coming to terms with what that looks like, and what really is going on behind the curtain. She also is dealing with the loss of her father. She never really gets over that.

“Finding Morgan” plays on the theme of this protagonist trying to figure out who she is, where she comes from and where she gets the strength to forge ahead.

Q: How does Morgan cope?

She makes very unlikely friendships. Later on in the book, those friendships become her pillars and her rock.

Q: How is mental health explored in this trilogy in and how is it instructive to readers?

It isn't a social work guide – it really is fictional – but I think it allows readers to understand that real people can be grappling with real issues. It doesn't mean that they're broken.

Everybody, no matter where you come from in society or what you're grappling with, whether it's a serious mental illness or anxiety or low self-esteem – which is evident with Morgan – has something that they can contribute. It heavily plays out relationships, what those relationships look like, and how Morgan deals with loss and grief, and needing to find the truth. All of those things are real qualities that any one of us can relate to.

Q: What will this trilogy offer for someone who has suffered tremendous loss?

That there is resiliency and strength. That there's always a glimmer of hope. That there are always people to rely on.

No. The mother is not my mother. I have a very close relationship with my mom, Karen Heaney. The husband is not my husband, Michael. It really is very, very fictional. I would say the only thing that might be slightly representative is that I have dealt with anxiety and know what that feels like. And I had a hard time making friends when I was younger. If anything, maybe those two things are loosely played out.

My mom was a counselor, so I had coping skills and mechanisms and tools that I could pull from my little treasure chest when I needed them. I knew how to figure out ways to deal with worries and fears and I was fortunate enough, blessed enough, to have a family to lean on, to have that nucleus.

Q: What about the timing for the next two books?

I'm hoping to have the second book out by St. Patrick’s Day of next year, which I think is appropriate because in the second book, there's some heavy emphasis on Ireland. The third book, we don't have timed out yet.