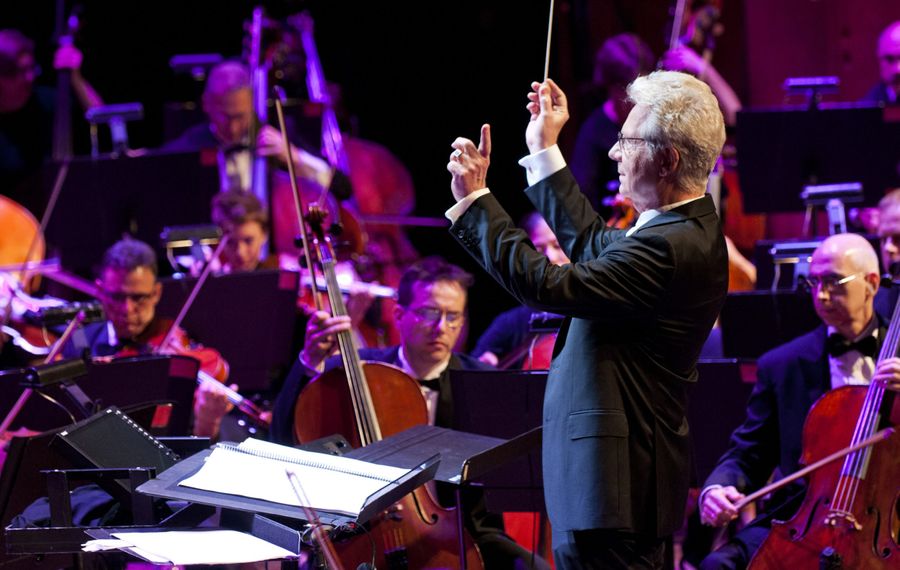 You can still love music. No one's trying to stop you - not yet anyway.

The business of the world may make certain forms of that love increasingly difficult (the noises money makes always drown a lot of other things out), but if music has done anything in the last 150 years, it has ridden the changes in recording technology to a kind of unintentional monarchic place among the arts.

Music always survives. Everyone loves it. Not all music to be sure, but almost everyone loves some kind of music. My late father-in-law was no one's idea of a jazz fan, least of all his own. He was not the sort of fellow who would have liked my Sonny Rollins records so I never made the mistake of inflicting them upon him.

He did, however, occasionally admit a socially proper and passing fondness for the family's old Bing Crosby records. It will never cease to amuse me that Sonny Rollins was also, in his way, partial to the Bing Crosby songbook. Unlikely as it seems, Sonny and my father-in-law met in one of those gloriously unaccountable areas of musical taste. Could my father-in-law have recognized a Crosby tune from Rollins' version? The mind reels.

In our digital era, cultural matters have changed radically - even more than they had amid the wild transformations in the second half of the 20th Century.

All music seems to survive in people's affections even though the number of fans, for many of those forms, has plunged severely.

Which is why you have no idea how heartening it is that great symphony orchestras, like JoAnn Falletta's Buffalo Philharmonic Orchestra still survive, and even, beyond that, flourish in occasionally unaccountable and unpredictable ways. I consider the BPO's atom-smashing Naxos Recording of Reinhold Gliere's Third Symphony, one of the strangest, least predictable and most marvelous triumph's of the orchestra's past 100 years.

What must be faced, though, is a hard truth: classical music is now very far from a commonplace subject. What was ordinary musical literacy in my teen years, is now specialized knowledge.

Present Americans of all ages these days with the name "Mozart" and there's a good chance that less than half will know how to pronounce it.

What were once widely known landmarks of musical civilization - the Ninth Symphony (Beethoven), the "1812 Overture" (Tchaikovsky) - have receded into the fog of history.

Educational programs persist but their most charismatic lions -Leonard Bernstein above all -are not only long gone, but clearly took their secrets with them when their irreplaceability became obvious.

You can, these days, avail yourself of just about any kind of music you would want to hear from Beyonce's "Lemonade" to vintage avant jazz by Sun Ra and his Arkestra to Hank Williams' first recordings to Ragas from India and hip-hop from the Bronx. All styles, all eras. As a wonderful writer once put it in a terrific book title "Every Song Ever."

Put its resultant popularity into a pie chart and you'll probably find classical music as a fraction of country music and hip-hop, which I consider one of the saddest declines in cultural literacy I've witnessed in my lifetime.

The reason I'm mentioning all this is that a small but extremely cheery piece of news crossed my desk from virtual nowhere recently. It's a book called "For the Love of Music: A Conductor's Guide to the Art of Listening" (Knopf, 210 pages, $25.95). I must confess that its author - John Mauceri - was little-known to me despite a long and distinguished career, much of it in orbit around Leonard Bernstein, who seems to preside over the book as something of a godfather.

Mauceri has the Bernstein gift. Wherever he finds a substantial chunk of cultural literacy or a large willingness to  learn about classical music, he's got ultra-smart and direct ways to explain to listeners things they might otherwise find off-putting.

Let me confess that I suddenly found his book arresting when I discovered, on Page 57, a thought almost identical to one I had several decades ago.

Here's what Mauceri writes: "I have become fascinated with the classical music composed around the time of my birth in 1945: music by Bartok, Shostakovich, Stravinsky, Prokofiev, Copland, Bernstein, Schoenberg, Hindemith, Richard Strauss, Korngold and Britten. Their compositions somehow embody the world into which I was born and I am proud to have existed when those composers were alive and writing new music. I find that learning about the history of classical music - the political landscape; what was simultaneously happening in the art; indeed whatever I can find to conjure a time and a place of an imagine historical environment - to be one of the major elements in deconstructing a work of classical music. I do understand that this is a profoundly personal process but it is one that that every person who loves classical music might wish to follow and, probably unknowingly, already does."

If you have any interest in classical music at all, I heartily recommend Mauceri's company for a couple of hundred pages.