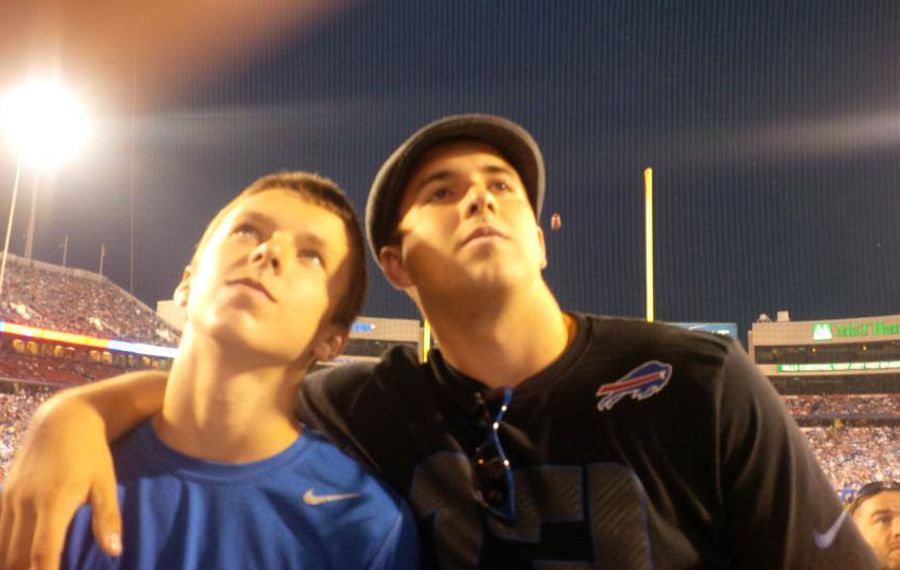 If Michael Lynskey Jr. could be granted one request, here it is. Give him a football, a late summer afternoon in the backyard of his childhood home and another hour or two with his younger brother, Connor.

Right now, as the sunlight changes and the air grows cooler, this is all he wants. Give him one more chance to do what he and Connor did as a casual routine, all those times when they wandered into the yard behind their home in Hinckley, in Oneida County. For hours they played catch, sharing a minimum of words, Michael throwing the ball and Connor cutting sharp or running deep to get beneath it.

They invented their own patterns, giving them the code names of birds. If Michael said “eagle, blue jay, eagle,” Connor knew it meant to sprint out, then to "go up, over, up." That connection remains vivid to Michael, and it often comes back to him as he rolls from bed in the morning to see the pictures of his brother that he keeps on a wall.

Connor is gone, killed at 18 more than a year ago in Darien while walking back to a campsite after a Jason Aldean concert. Michael learned of it while working a shift as a medical student at a Syracuse hospital. He was in the maternity unit on a quiet summer day, helping with deliveries, when he received a text from his mother and father, Donna and Michael Lynskey Sr., asking him to come to the lobby.

Michael felt a little frustration, wondering why his family would interrupt him amid the intense business of bringing  life into the world. He recalled the moment later in a letter he never contemplated he would need to write, a letter that would be used by a judge at sentencing:

"I ride the elevator to the lobby and the doors open.  My parents are frantically sobbing.  I find out my 18-year-old brother was dead and found in a ditch on the side of the road; the police had just found his body that morning."

Connor was killed only a few weeks after returning from visiting a Siena College friend in Peru, a journey that included a climb to Machu Picchu, and a few weeks before he was supposed to leave for school. Jennifer Serrano, 48, of Irving, would eventually be convicted of vehicular manslaughter and leaving the scene of a fatal incident, then sentenced last month in Genesee County court to four and two-thirds to 14 years in state prison.

As Judge Charles Zambito prepared to make that ruling, Michael stood with his family before the bench, holding a photo of his brother. From there, he went straight back to Syracuse. He is studying to become a psychiatrist within a rural medicine program at SUNY Upstate to which his brother, as an undergraduate at Siena, had already been accepted.

They shared the same vision of need in their community, and they talked about someday joining together in a practice. Without Connor, every dream that brought Michael to medical school has intensified and become doubly urgent.

“It kind of feels,” he said of his studies, “like fulfilling our dream.” 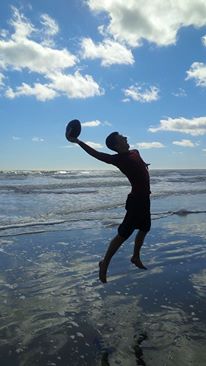 In a day or two, Michael will travel home to help with Connor's Way, a 5-mile run and walk held on Sept. 8 in his brother's honor. The event weaves along a 5-mile course in the Adirondack foothills, a route Connor laid out for himself on woodland trails, with proceeds going toward several rural medicine scholarships involving SUNY Upstate.

Michael said Connor did not run those trails simply to stay in shape. “He had this really deep connection to Hinckley,” Michael said. The paths are where he would go to reflect, a ritual that speaks to the way he perceived the world, and Michael said the race is an unusually intimate way of paying tribute.

If you want to find his brother, you can feel him on this run.

“We want this to be positive, as best it can, because that was Connor,” said Don Lynskey, an uncle and one of the founders of the race. “In all the years I knew him, and that was all his life, I don’t think I ever saw him upset with anyone.”

His nephews were separated by about six years in age, which meant their relationship grew from the classic tolerate-your-little-brother dynamic into a bond about as close as it could be. Their personalities were powerfully distinct, yet in key ways Connor emulated his older brother; like Michael, he became class president and a fine student at Holland Patent High School, where he locked in on his goal of serving as a doctor.

“They were soul mates,” Don Lynskey said, speaking of the kinship between siblings who played together near their home on a quiet country road. 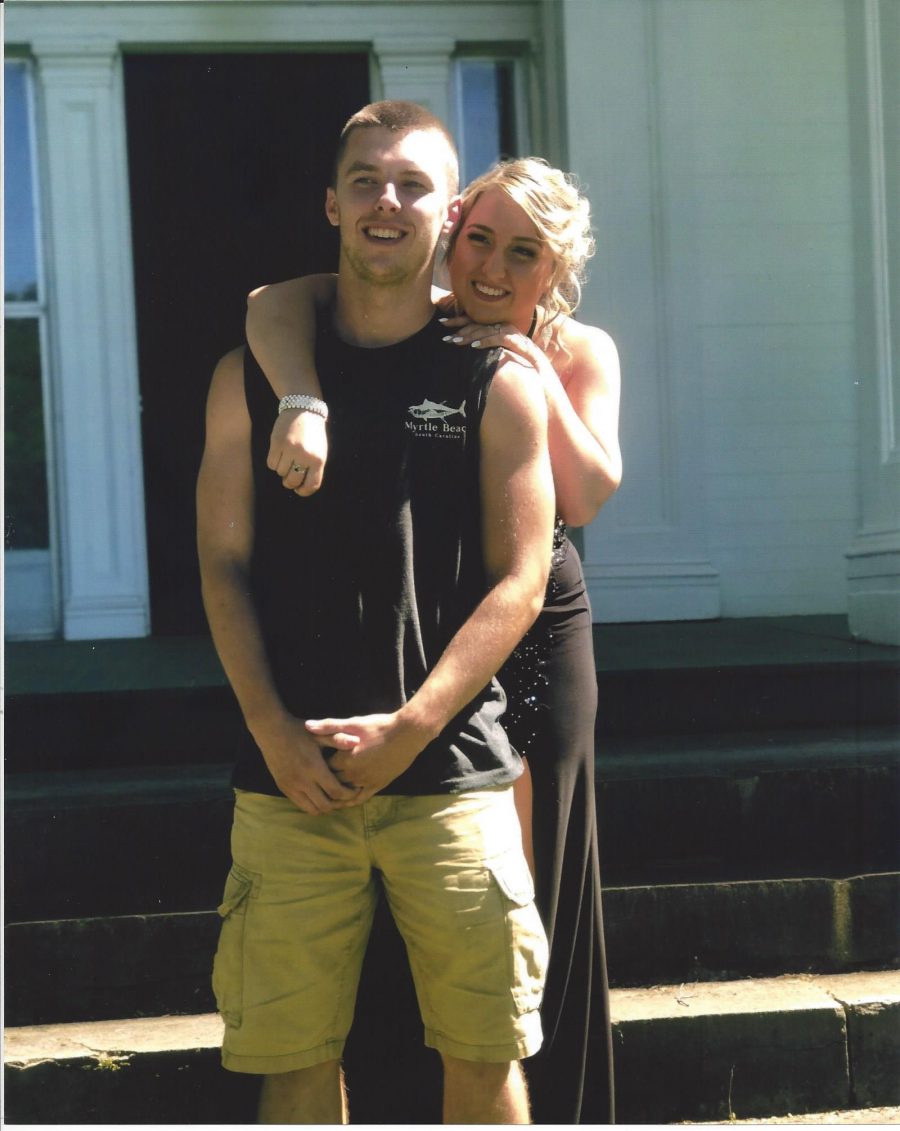 Michael was drawn to psychiatry by what he describes as an aching civic need. If mental health and addiction services are often spread too thin, even in large cities, he said they can sometimes be all but nonexistent in more remote areas.

“Without any outreach,” he said, “some people might turn to drugs and alcohol or even violence when pressed against a wall.”

His brother moved toward medicine for the same reasons. They both witnessed how their younger sister Meghan struggled for a time with complications from Type 1 diabetes, problems that were not correctly diagnosed until Meghan's parents took her to Syracuse for care at SUNY Upstate, a journey of more than 60 miles from their home.

Michael is studying there now, applying for residencies in psychiatry, while Connor would have arrived in a couple of years. He was already a regular visitor, coming once to spend Christmas week with Michael, playing video games and going out to grab their takeout food while his brother was on duty as a resident assistant in a housing tower for medical students. 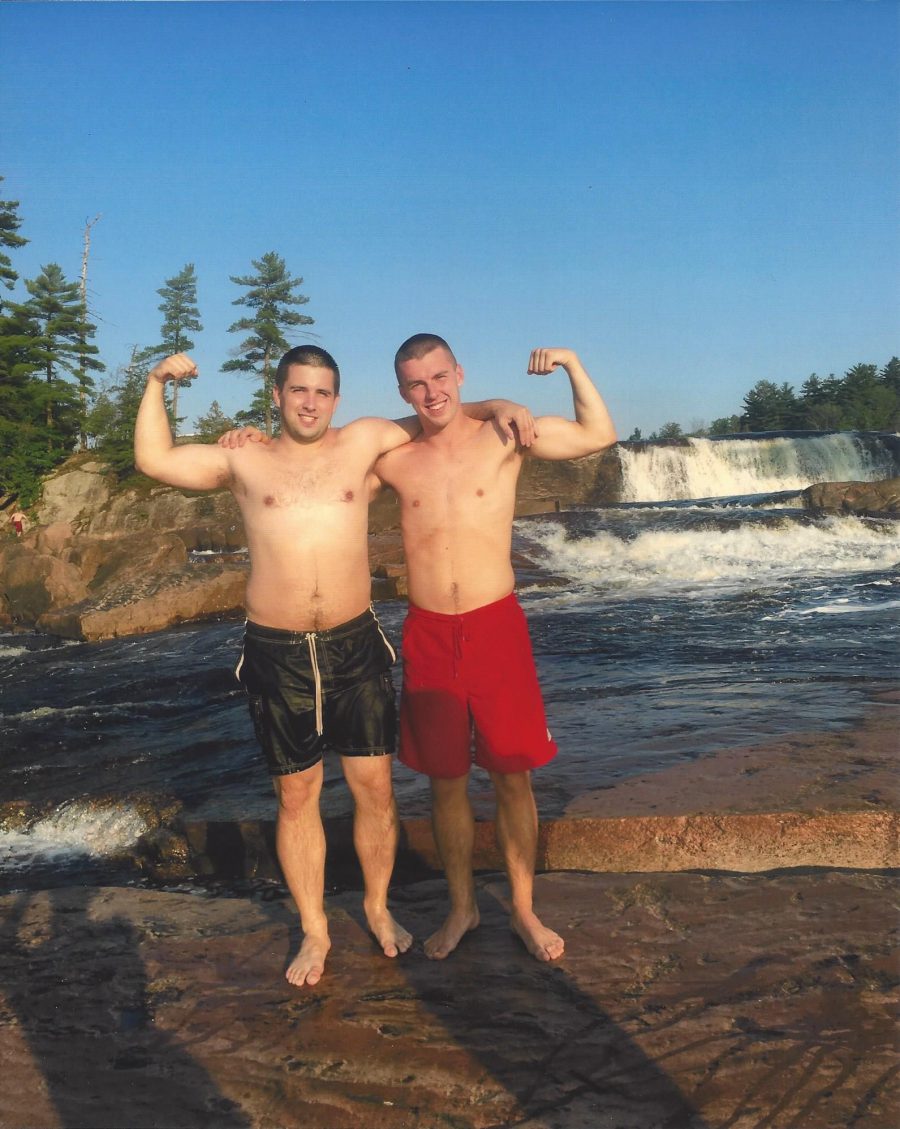 If Connor had his way, Michael said, he could have survived on pizza and tuna fish. They often shared long phone calls about football — Connor loved the New York Giants, while Michael was devoted to the Bills — and Connor was always rolling with what Michael describes as a goofy, irreverent sense of humor.

One joke was familiar to anyone he met, to the point of groans. What time do you go to the dentist?

While Connor's college travels included the trip to Peru, his favorite spot remained Agers Falls on the Moose River, not far from his home, where the brothers would leap into the water and otherwise kill time on hot summer days.

The Sept. 8 run in Hinckley, then, serves as a powerful symbol. Serrano is in prison, ending the family's long vigil in the courts. A sense of vengeance, to Michael, serves no point. If Connor died in a way that defies meaning, the mission becomes reaffirming the purpose of such a life.

Connor, he said, “was never one to hate someone.” If he experienced hostility or cruelty, he would wonder out loud where that anger came from – and what he could do to change it.

Michael is prepared to build a career from the same ethic.

On behalf of his family, then, he extends an invitation. If you are a runner or walker drawn to events of both beauty and resonance, he suggests the race in Hinckley will be worth the drive. The central challenge on the course involves a couple of woodland hills, which means it follows a pattern Michael does not forget.

It goes up, over, up, the only route he knows for Connor.