Prepare for a lot of head nodding and rueful recognition in the Manny Fried Playhouse during Subversive Theatre's presentation of "Catch-22," adapted for the stage by author Joseph Heller. The theater kicks off its 17th season on Sept. 6 with Heller's anti-authoritarian masterpiece. Set during World War II, the story first resonated with the Vietnam War generation with it's "war is not just hell, it's insanity" theme.

Now, take away the uniforms and battlefronts, and Heller still speaks to a country where truth competes with "alternative" facts: "That might be the answer -- to act boastfully about something we ought to be ashamed of. That's a trick that never seems to fail."

Or consider the fellow who "was jeopardizing traditional rights of freedom and independence by daring to exercise them." Be warned, free press and outspoken representatives.

The Western New York Peace Center is sponsoring the production, which is directed by Subversive founder Kurt Schneiderman. Connor Maxwell stars as Capt. John Yossarian, a bomber pilot based off Italy and trapped in the Catch-22 of never-ending missions in a war that grows increasingly bizarre. John Kehoe will play Colonel Cathcart, Jacob Sauer is Major Major and Leon Copeland Jr. has the role of Milo Mindbender, with a dozen others also in the cast.

The show that Subversive describes as anti-war and anti-stupidity has performances Thursdays through Saturdays at 7:30 p.m. through Sept. 28. The playhouse is at 255 Great Arrow Ave., Suite 302 (third floor), with parking available across the street from the building's entrance. Tickets are $30; $25 for students and seniors; pay-what-you-can on Thursdays, available online at subversivetheatre.org or by calling 462-5549.

They will be breaking out the Aqua Net starting Sept. 6 in the Kavinoky Theatre when it opens its 40th season with the retro musical "Hairspray." Inspired by the only family friendly movie made by cult filmmaker John Waters, the lively show tells how teen Tracy Turnblad, a chubby outcast , overcomes social stereotypes to become a bouffant-bouncing dance show celebrity in the early 1960s. 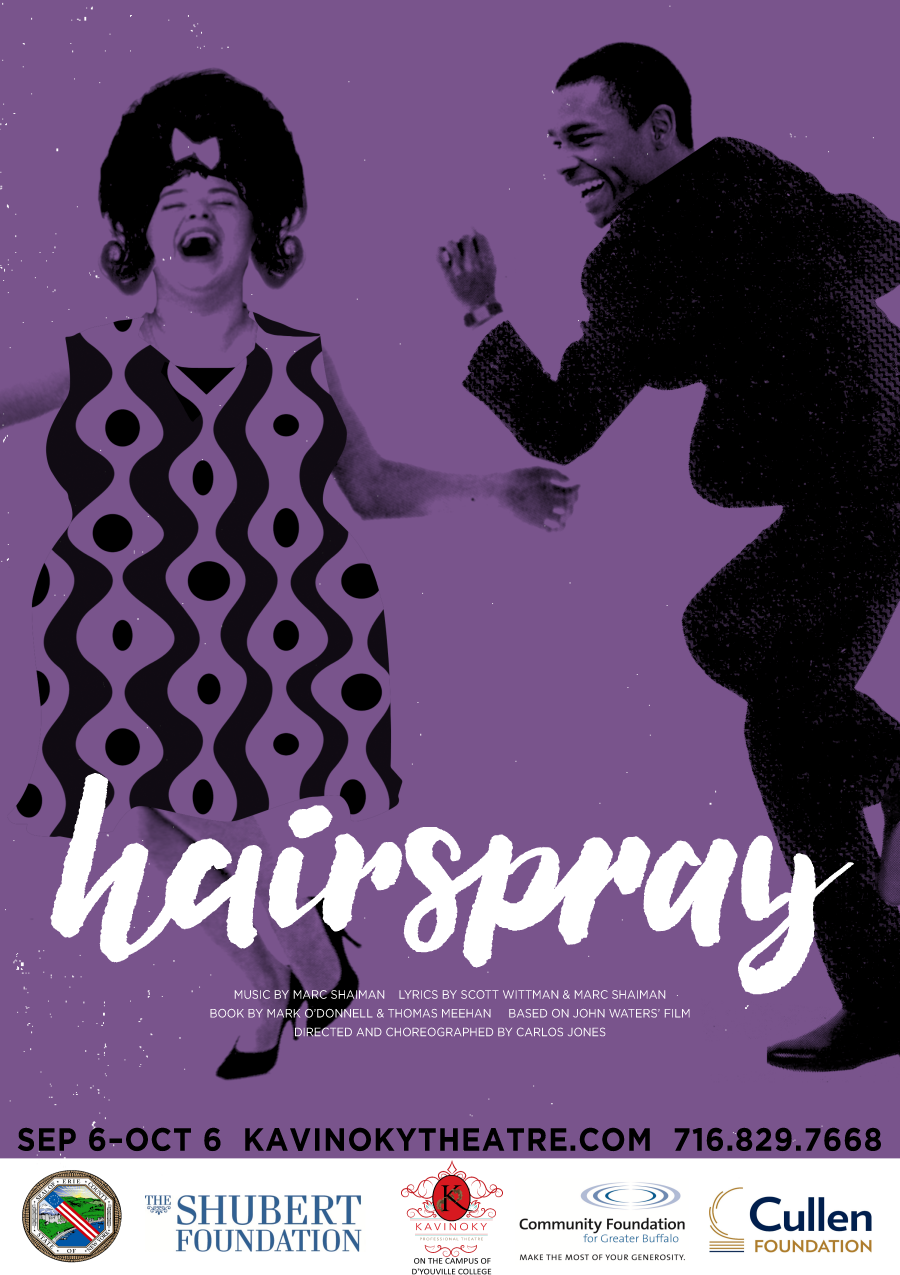 Tracy, who learned her dance moves from her black classmates, then turns the dance bandstand into a political soapbox when she joins a movement to end racial segregation on the TV show. The original 1988 movie featured Ricki Lake and a host of pop culture celebrities, including drag diva Divine, Sonny Bono, Jerry Stiller and Debbie Harry. It became a hit Broadway musical in 2002; a second film in 2007 (with John Travolta in drag, married to Christopher Walken) is based on the musical.

This isn't the only mid-century civil rights-based show in the Kavinoky's season. The theater received a lot of attention earlier this year when it had to cancel its production of Christopher Sergel's adaptation of "To Kill a Mockingbird" due to an unexpected issue over performance rights. When producers of a new Aaron Sorkin-penned "Mockingbird" (now on Broadway) later apologized for the problems they created, they also offered Kavinoky their new script instead. The theater debuts that show Nov. 8.

But audiences eager for social insight need not wait until  "Mockingbird" hits the stage. Carlos Jones, who did such an excellent job last season with "Purlie" at the Paul Robeson Theatre, serves as both director and choreographer for Kavinoky's "Hairspray," a clear indication that we can expect a lively revival of a special moment in history -- both for big issues and big hair. The combination of  rock 'n' roll, dazzling dance and an energetic campaign for equality runs through Oct. 6.