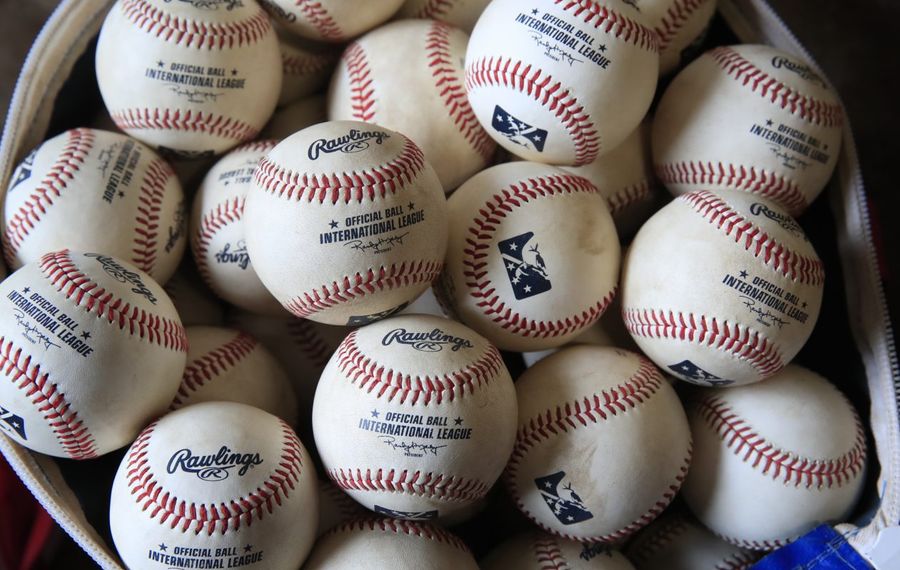 It took an extra day but the International League regular season ended Tuesday -- with one of the most incredible games in league history.

The Bisons fell short of their quest for the North Division title, but their win in the season finale Monday at Scranton/Wilkes-Barre dropped the RailRiders into a tie with Syracuse and forced a one-game playoff Tuesday between the Yankees and Mets affiliates at PNC Field in Moosic, Pa.

Nearly 3 1/2 hours and 27 runs later, that showdown ended with Scranton roaring back from seven runs down to pull out a 14-13 victory.

Syracuse finished the season 18-7 in its final 25 games and looked golden in the tiebreaker game after a five-run first propelled the Mets to a 7-1 lead after the seventh-inning stretch.

Back came Scranton with five in the bottom of the seventh to make it 7-6. Back came Syracuse with a huge response, six runs in the top of the eighth to seemingly put the game away at 13-6.

But wait. Scranton had the biggest answer yet with eight runs in the bottom of the eighth to take the lead and a 1-2-3 ninth to secure the mind-boggling victory. Scranton had no hits in the game's first three innings -- but scored 13 runs in its final two at-bats. Catcher Kyle Higashioka homered in both the seventh and eighth innings and former Bison Erik Kratz had the game-winning hit with an RBI double in the eighth.

"The guys started having good at-bats and we got some big hits and walked quite a few times, and next thing you know we were back into it," Scranton manager and former Bisons shortstop Jay Bell told MILB.com.

Ben Heller goes three up, three down in the ninth and the RailRiders celebrate an improbable International League North Division championship. pic.twitter.com/3GAuLHffmk

So the final IL standings show Scranton at 76-65, Syracuse at 75-66 and the Bisons 4 1/2 games back at 71-69. The best-of-five playoff semifinals begin Wednesday, with Scranton playing at wild-card winner Durham and South Division champ Gwinnett hosting West Division winner Columbus.

(Game 2 between Durham and Scranton scheduled for Thursday seems in serious doubt due to the impacts of Hurricane Dorian on the Carolinas).

In the Pacific Coast League, Las Vegas meets Sacramento in one semifinal while Iowa and Round Rock play in the other. Las Vegas is managed by Canisius High grad Fran Riordan, who was named the league's manager of the year after leading the Aviators to an 83-57 record.

Amherst native Jonah Heim has been promoted by the parent Oakland Athletics back to Las Vegas from Double-A Midland for the playoffs. The 24-year-old catcher hit .358 with four homers and 19 RBIs in a 35-game stint at Las Vegas earlier this season. He was at .282-5-34 in 50 games for Midland.

Semifinal winners advance to the best-of-five championships series in each league. The IL and PCL champions meet in the Triple-A National Championship Game Sept. 17 in Memphis.